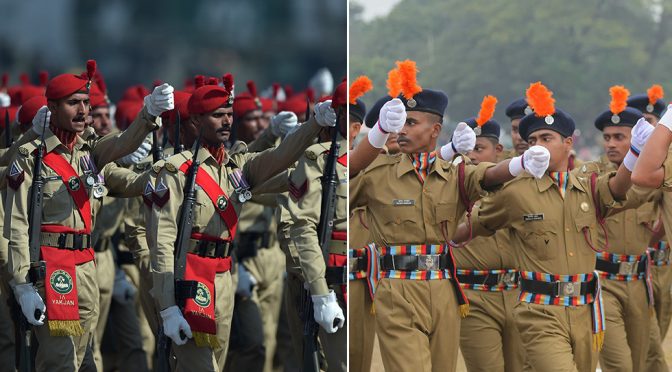 The age-old conflict between India and Pakistan has just been reengaged through a false flag bombing that led to the deaths of 42 Indian police personnel, and subsequent aerial bombing by Indian warplanes inside Pakistan-controlled Kashmir side, and Pakistan’s retaliatory shooting down of two Indian intruders
The LeT [Lashkar-e-Taiba] is a Pakistan-based terrorist organisation which has a strong focus on Jammu and Kashmir, where the recent terror attack took place, is being financed by Saudi Arabia under the direction of the CIA.
The recent visit  of Saudi Crown Prince Mohammed bin Salman’s (MBS) to Pakistan is indeed alarming, not only to China, but also to India and peripheral countries.
Fortunately, the newly elected Pakistani Prime Minister Imran Khan has offered to return one of the downed pilots who survived to initiate a peaceful resolution of this recent escalation of the conflict.

There is only one pilot under Pakistan Army’s custody. Wing Comd Abhi Nandan is being treated as per norms of military ethics: DG ISPR Major General Asif Ghafoor#PakistanArmyZindabad #PakistanAirForceOurPride #PakistanZindabad 🇵🇰 pic.twitter.com/NwfKELb2Tv

This means that the CIA and the US military industrialists will never get something out of it. The conflict between the two sides is a British legacy. Both sides are the latest entries to the gamechanger Shanghai Cooperation Organization (SCO) confronting the Deep State.
In Venezuela, all efforts to bring down the Maduro Government have failed so far. Not the constant media bombardment about “Bad Maduro”, nor the false flag burning of the US “aid convoys”, or the “defections of armed elements” have made the Venezuelans turn away from the incumbent administration. They are fully aware of the blood spilled by the Arabs from Western military interventions of the recent past.
Now that the Trump-Kim denuclearization summit has collapsed, all the more that the Deep State will pin down the Maduro government if only to show China, Russia, Iran and the rest of the world that it still has what it takes to bully everyone standing his ground.
There’s only one more thing left to do and that is to blame Maduro for the upcoming assassination of the Deep State Puppet Juan Guaido.