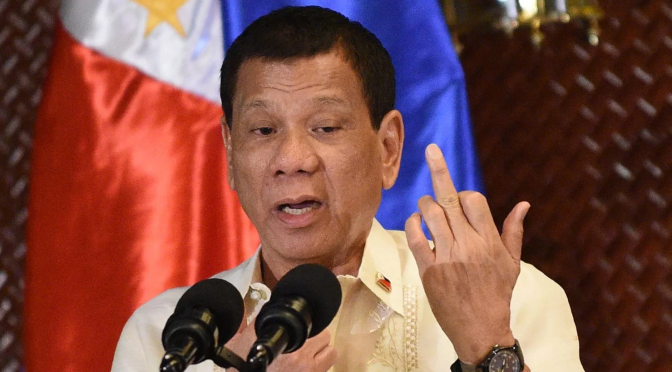 We are proud to say that for the last 20 years we’ve been part of the local voices which neutralized the grossly one-sided pro-Western biases of the mainstream media in this part of the world, that in turn rectified the 400 years of colonial thinking which paved the way for a revolutionary administration like that of Mayor Rodrigo Duterte.

Embracing a Multipolar World Order: How Rodrigo Duterte is Revolutionizing the Philippines

The ongoing Philippine revolution is not only confined in the area of geopolitics, but also in the realm of saving the country from environmental destruction.
Triggered by the highly successful rehabilitation of the world renowned beaches of Boracay six months ago, the Duterte government is aiming high this time around with a massive task of rehabilitating Manila Bay itself.

Only 30 days into the campaign, people were shocked to see the sands beneath the pile of garbage, and the birds have started to return, and so with the spirit of Bayanihan, the long lost tradition of volunteerism.

There’s still a lot of work to be done, and volunteers continue to work on weekends, They are coming from various corporations, government agencies and civilians alike. Newly purchased heavy equipments are also being used to dig up as much as 3 meters of filth on the seabed of Manila Bay, and sea vessels are constantly being monitored for oil dumping in the vicinity.
This is a good illustration that, contrary to the exceptionalist view, the people itself is not the problem, but a leadership that is corrupt only breeds contempt down the line, and that’s how collective civility is lost.
We have yet to see positive movements from the pulpits, and the “bleeding hearts” of Philippine society like providing decent housing and livelihood for the poor residents affected by the ongoing cleanup of Manila Bay…