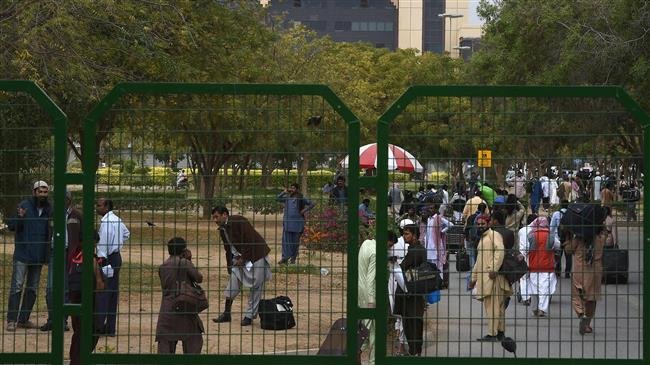 Both India and Pakistan are not going to war anytime soon. Both leaders from two nuclear countries chose to act as adults, they are and are wise enough to not give in to provocative machination engineered by third parties from outside of the region.

Pakistan has fully reopened its airspace and resumed flights in the wake of an ease in tensions with India that had brought the nuclear-armed neighbors to the brink of war.

“All airports across Pakistan are operational and airspace reopened,” said an unnamed spokeswoman for the Civil Aviation Authority on Monday.

It was February 27 when Islamabad closed the Pakistani airspace after a rare aerial conflict with India over the disputed Himalayan region of Kashmir.  Both sides claimed to have shot down each other’s warplanes. One Indian pilot was captured.

Pakistan released the pilot on Friday, which led to an ease in tensions.

The closure had disrupted major routes between Europe and South Asia over the past few days.

Aviation sources said flights from Singapore to Europe that usually cross Pakistan and Afghanistan were rerouted westwards over Oman. Iran also saw heavier use of its airspace.

The twice-weekly Samjhauta Express train service linking the Indian capital of Delhi and the eastern Pakistani city of Lahore resumed on Sunday. It had been suspended for a while.