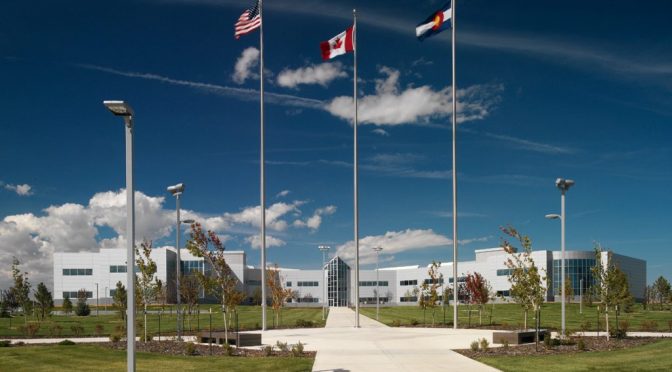 The notion of real time star wars, possibly with nukes and/or other super-weapons, should terrify everyone. The 1967 Outer Space Treaty bans nations from placing WMDs (not conventional weapons) in earth orbit or otherwise in outer space.

The 1972 SALT I Treaty, 1987 INF Treaty (pulled out from by Trump), 1992 Conventional Armed Forces in Europe Treaty, 1994 START I Treaty, 2000 Start II, 2011 New START, and other international agreements include provisions dealing with space-related issues.

So do the vast majority of world nations. The cosmos should be used exclusively for peaceful purposes benefitting humanity.

Washington refused to negotiate with Russia and China on their joint draft treaty to ban space-based weapons.

According to Russia’s General Staff/First Deputy Defense Minister General Valery Gerasimov, the US and its imperial partners are preparing for high-tech wars from space, an ominous prospect, forcing Russia to respond with its own outer space strategy, Gerasimov saying:

“(T)he search for rational strategies for waging war with a different adversary is of paramount importance for the development of the theory and practice of military strategy.”

“We need to clarify the essence and content of military strategy, the principles of prevention, preparation for war and its conduct” – a strategy for self-defense, not aggressive war, how the US, NATO, Israel, and their belligerent allies operate, not Moscow.

Russia must prepare for war by “classical” and “asymmetric” methods, Gerasimov explained, a strategy for strategic deterrence.

By 2025, “Russian armed forces will number 475,000, and the need for conscription of citizens will be reduced,” he explained, adding:

“All the commanders of military districts, integrated combined arms forces, air force and air defense units, as well as 96% of the commanders of combined-arms units and formations, have combat experience” – from service in Syria combatting US-supported terrorists.

“The share of modern weapons in our nuclear component has reached 82%,” Gerasimov explained.

Russian hypersonic and other super-weapons exceed America’s best, developed and produced at a small fraction of what the US spends, countless trillions of dollars poured down a black hole of waste, fraud and abuse.

Given US belligerence, its endless wars of aggression, its aim to dominate all other nations by brute force if other tactics fail, Russia “by all means (must) ensure technical, technological, and organizational superiority over any potential adversary,” said Gerasimov – meaning the US and NATO it controls, along with Israel.

“The United States and its allies have determined the aggressive vector of their foreign policy. They are working on offensive military actions, such as global strike, a multi-sphere battle,” Gerasimov explained, adding:

“They are using the color revolution technology and soft power. They aim to eliminate the statehood of countries they dislike, undermine sovereignty, and change the legally elected bodies of state power” – dangers Russia must counter effectively, including the following:

“The Pentagon has begun to develop a fundamentally new strategy of warfare, which has already been dubbed the Trojan Horse. Its essence lies in the active use of the protest potential of the ‘fifth column’ for the destabilization of a situation while simultaneously attacking the most important facilities with high-precision weapons.”

The above strategy was first used in Libya, currently being partially used in Syria. Venezuela is being targeted the same way – a low-level proxy offensive so far, likely to greatly escalate ahead, causing mass casualties and greater chaos and harm to millions of Venezuelans than already.

Russia is prepared to deal with existential threats posed by the US and its imperial partners. Its General Staff and “military scientists…developed conceptual approaches to neutralize the aggressive actions of potential opponents,” said Gerasimov, adding:

“The justification of the measures that are being developed should constitute the scientific activity of military scientists. This is one of the priority areas for ensuring state security.”

“We must be ahead of the enemy in the development of military strategy, one step ahead,” ready to strike swiftly with overwhelming force if attacked.

Post-WW II, the US never waged war on a nuclear power able to hit back as hard or harder than the Pentagon’s capability.

Northeast and Southeast Asian wars, Balkan ones and others in the Middle East, Central Asia, and North Africa are entirely different from confronting militarily powerful Russia and/or China – even non-nuclear Iran able to respond with great force against adversaries if attacked.

Yet Washington’s rage for dominance makes unthinkable wars possible, including with nukes able to kill us all if enough WMDs are detonated.

The US Space Command (USSPACECOM) was created in 1985. Last December, Trump ordered it be made a unified combatant command for war under the US Strategic Command, saying:

“Pursuant to my authority as the Commander in Chief and under section 161 of title 10, United States Code, and in consultation with the Secretary of Defense and the Chairman of the Joint Chiefs of Staff, I direct the establishment, consistent with United States law, of United States Space Command as a functional unified combatant command.”

His order was a first step toward creating a space force for real time star wars. The ominous possibility should terrify everyone.

Award-winning author Stephen Lendman lives in Chicago. He can be reached at lendmanstephen@sbcglobal.net. He is a Research Associate of the Centre for Research on Globalization (CRG). His new book as editor and contributor is titled “Flashpoint in Ukraine: US Drive for Hegemony Risks WW III.”

4 thoughts on “US Militarizing Space for Future Wars”