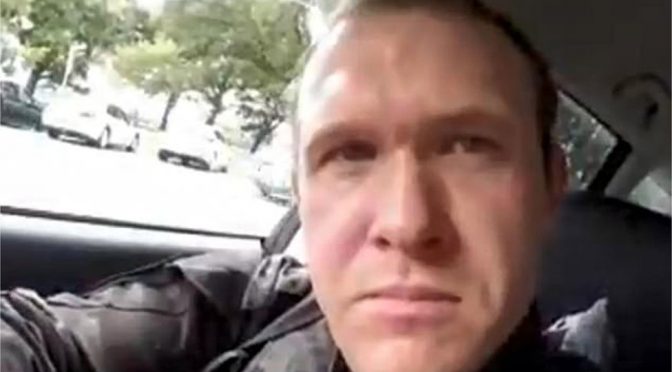 It’s not healthy to go outside when someone from the Deep State is convicted of any wrongdoing. Something somewhere can happen to arrest the headlines of the day.

Cardinal George Pell is an Australian prelate of the Catholic Church, and more significantly, the man in charge of the Vatican Bank.

He is the highest ranking pedophile who was just convicted of the most heinous crime of our time, i.e. raping children, a few days ago, which led to the Pope calling for a Summit of Pedophiles, as we call it, to project to the world that they are indeed atoning for their sins.

Brenton Tarrant’s justification for his highly condemnable act simply doesn’t make any sense at all, and that’s the whole idea.

Australians, or the White Man in general, and Donald Trump in particular, are now being sold as the bad guys in such a manner as to provoke a race war. Because the Deep State wants us to fight each other, rather than against them directly who specifically committed the high crimes. A very simple strategy that works for ages.

For sure, the MK-ULTRA type operation to massacre Muslim children and adults instantly grabbed the headlines right away from the convicted Vatican banker Pell, and it will occupy the global conversation for the next few months, or until a new Deep State scandal hits the headlines again.

A white supremacist shooter filmed himself gunning down dozens of worshipers at a mosque in New Zealand while streaming the massacre online.

The gunman, who called himself Brenton Tarrant on Twitter, entered the Al Noor Mosque in Christchurch about 1.30pm on Friday during afternoon prayers and opened fire.

The horrifying 17-minute video streamed on his Facebook shows the man, believed to be a 28-year-old Australian, firing more than 100 shots from multiple rifles at those inside.

Up to 49 people were killed and more than 20 were seriously injured during the rampage. Many were shot at point blank range in the building as they huddled together in corners while a woman was heard begging for help before he shot her in the head. – https://www.dailymail.co.uk/

The supposed 49 deaths, accurate or not, is the worst aspect of Social Engineering.

28 thoughts on “Let’s get this party started! 49 Dead After MK-ULTRA Strikes Again”