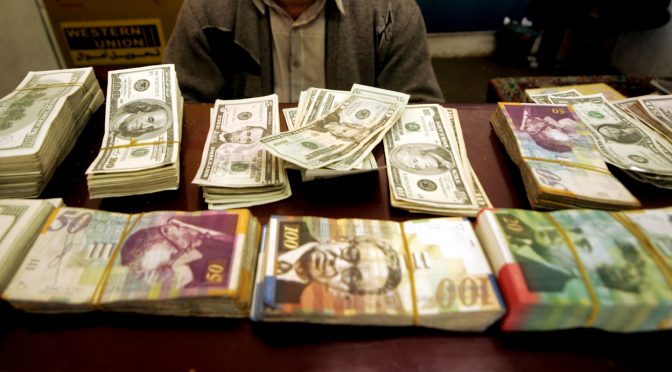 WASHINGTON — Israel’s three largest banks — Hapoalim Bank, Leumi Bank and Mizrahi Tefahot Bank — have all been ordered to pay record fines, which collectively are set to total over $1 billion, to the U.S. government after the banks were found to have actively colluded with thousands of wealthy Americans in massive tax-evasion schemes.

The scandal, though it has been reported on in Israeli media, has garnered little attention in the United States. The media black-out has been so surprising it was even directly mentioned by the Times of Israel, given that similar revelations about other banks and offshore tax-evasion schemes — such as those contained within the Panama Papers — led to global protests and even the resignations of some world leaders.

The settlements are the end result of a series of Department of Justice (DOJ) probes that were related to the DOJ’s 2007 investigation targeting UBS AG, Switzerland’s largest bank. The focus of the probe turned to Israel a few years later in 2011, when it was determined that the Swiss subsidiaries of several of Israel’s largest banks had actively aided Americans seeking to launder their money.

As the probes advanced, the DOJ found that the three banks — Israel’s largest when ranked by net income and total assets — had a history of collaborating with wealthy Americans in tax evasion schemes, not just in their Swiss subsidiaries but in Israel as well. Most of those wealthy Americans were Jewish Americans or dual U.S.-Israeli citizens who hid their U.S. citizenship from the Israeli banks.

A year after the probes into Leumi, Hapoalim and Mizrahi Tefahot were made public, the U.S. State Department notably listed Israel as a “major money laundering country… whose financial institutions engage in currency transactions involving significant amounts of proceeds from international narcotics trafficking … or other serious crime.”

Bank Leumi was the first to admit to wrongdoing and reached a deferred prosecution agreement with the DOJ in 2014 that eventually resulted in the bank paying $400 million in fines to the U.S. government and the State of New York in order to avoid prosecution. According to the DOJ, the agreement marked “the first time an Israeli bank has admitted to such criminal conduct, which spanned over a 10 year period.”

A settlement with Hapoalim Bank, Israel’s largest bank, has yet to be reached. The bank had set aside $343 million for a potential settlement as of last February, though that figure has since ballooned to $616 million as of this week. Hapoalim CEO Arik Pinto told reporters on Monday that he “really hopes” that the DOJ probe will be resolved by the end of the year, a sentiment likely motivated by the fact that the probe has weighed on the bank’s profit performance.