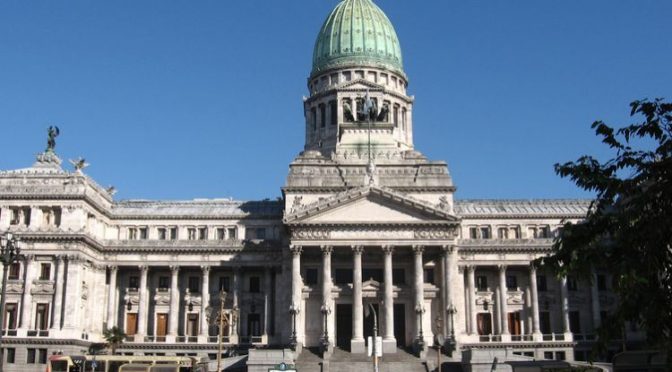 When an incompetent US President hires as his “special envoy” for regime change in Venezuela the very same buffoon who fumbled his way into helping to expose the Iran-Contra scandal, one can expect anything.

Abrams, by helping to mistakenly wire funds he solicited from the Sultan of Brunei that, instead ended up in the Swiss bank account of a shipping magnate, brought inquisitive attention on the Iran-Contra caper by Swiss banking authorities.

The recent discovery by Argentinian judge Alejo Ramos Padilla that the Trump administration had co-opted the Argentine right-wing regime of President Mauricio Macri to target the Venezuelan state-owned oil company and the leftist government of Uruguay in a massive extortion operation bears all the hallmarks of Trump’s imbecilic special envoy for Venezuela, Elliott Abrams.

While he was the Assistant Secretary of State for Western Hemisphere Affairs during the Ronald Reagan administration, Abrams, who was indicted for his role in the illegal trading of US weapons to Iran in return for American hostages held by pro-Iranian Shi’a militia groups in Lebanon, was hauled out of retirement by fellow neo-conservative John Bolton to bring about the overthrow of the government of President Nicolas Maduro in Venezuela.

During the Iran-Contra episode, the nefarious Abrams, who fancies himself as an expert on Latin America, helped use the funds collected from illegal arms sales to Iran to buy black market weapons for the Nicaraguan Contras. Abrams carried out the operation with the assistance of the Medellin drug cartel in Colombia and Panamanian leader Manuel Noriega. Abrams would have likely served a long prison sentence for his crimes had President George H. W. Bush not pardoned him and other Iran-Contra felons on Christmas Eve in 1992.

The fingerprints of Abrams, Bolton, Secretary of State Mike Pompeo, and Senate Foreign Relations Western Hemisphere Subcommittee chair Marco Rubio are all over the “Extortiongate” scandal now rocking Argentina. Judge Padilla is spearheading a case against the Macri regime that involves millions of dollars being extorted by Macri allies from political opposition targets, as well as the coercion of false testimony against those targets. Padilla told the Freedom of Expression Committee of the Argentine Chamber of Deputies that what he uncovered was a “para-state network of ideological, political and judicial espionage of great magnitude,” adding that it was a web of illegal intelligence operations linked to the judiciary, government, security forces, political powers, and the media.”

Macri is a one-time real estate business partner of the Trump Organization to build a Trump Tower in downtown Buenos Aires. Although the project was unsuccessful, the business ties between Macri and his Italian-Argentine construction tycoon father, Francesco Macri, and the Trump Organization — going back to the days when Donald Trump’s father, Fred Trump, ran the firm – are legendary. They include joint building and real estate ventures in Manhattan and Buenos Aires. Offshore front companies of the Trump Organization and the Macri family’s Socma conglomerate appear in the papers of the now-defunct Panama City law firm, Mossack-Fonseca.

D’Alessio was arrested on February 15 of this year. In twenty-two hours of incriminating audio and video evidence, d’Alessio admits to Stornelli having collected $12 million in bribes from illegally targeted individuals since August 2018. Stornelli is believed to have been conducting his extortion operation with the knowledge and encouragement of Security Minister Patricia Bullrich. Stornelli has refused to appear before Judge Padilla or turn over his mobile phones pursuant to a judicial summons. The reputed “bagman” in the operation, Salta Mayor Gustavo Sáen, a close ally of Macri, has provided his personal phones to Padilla.

Padilla, who has come under intense criticism by the pro-Macri media, has been likened by some in Argentina to Robert Mueller, the US Special Counsel investigating Trump.

Padilla revealed that d’Alessio worked for the CIA and that found in his possession were documents from the US embassy in Buenos Aires, CIA manuals on the exfiltration of US agents from Argentina and Venezuela, and US-issued weapons. Text messages using WhatsApp, which were extracted from d’Alessio’s smart phone, dealt with such matters as:

Padilla was obviously referencing the botched drone assassination attempt against Venezuelan President Nicolas Maduro last August, an operation which was linked to a CIA operation based in Colombia.

The operation targeting PdVSA was an attempt, in part, to falsely link the firm to drug and weapons smuggling and other illegal operations and falsely accuse President Maduro and his late predecessor, Hugo Chavez, of involvement in the operations.

Padilla discovered that the operation to smear Maduro and Chavez involved not only d’Alessio and the CIA, but also the US Drug Enforcement Administration (DEA).

Cohen was indicted by Argentine authorities on March 8. Padilla has also uncovered the involvement of Israeli intelligence in the para-statal extortion operation.

The Argentine/CIA/Israeli operation against Uruguay centered on an attempt to tarnish the ruling leftist “Frente Amplio de Uruguay” government of President Tabaré Vázquez with a false link to an Iranian commercial mission operating in Uruguay. D’Alessio was discovered to have had in his possession, in addition to letterhead correspondence from the US embassy in Buenos Aires, letterhead documents from the Israeli Ministry of Defense.

There were false allegations in the files maintained by d’Alessio that the Iranian commercial mission in Uruguay was engaging in business with Argentina through a Russian front company. The bogus information was apparently provided by Israel’s Mossad. D’Alessio was identified by Padilla as being part of an operation targeting Lebanese Hezbollah. Not surprisingly, d’Alessio was linked to the head of the Argentine-Israeli Chamber of Commerce in Buenos Aires.

The revelations by Padilla have compelled Uruguayan organized crime prosecutor Luis Pacheco to state that he may seek further information on Extortiongate from the Argentine government.

A possible Argentine-Brazilian coup attempt against President Vázquez, aided and abetted by the CIA and Trump White House, cannot be ruled out.

On March 13, Vázquez dismissed the commander in chief of the Army, General Guido Manini Ríos, for criticizing trials of military officers who committed human rights abuses during the Uruguayan military dictatorship, meeting with Uruguayan right-wing opposition politicians, and worst of all, paying a visit to Brazil’s Bolsonaro, who has praised the past military dictatorships of Brazil and other Latin American nations, including Uruguay, Argentina, and Chile.

It is clear that Abrams, Bolton, Pompeo, Rubio, Bannon, and their cohorts, including Macri and Bolsonaro, are attempting to re-create OPERATION CONDOR, the 1960s, 70s, and 80s alliance of the intelligence services of the Latin American military dictatorships of Argentina, Bolivia, Brazil, Chile, Paraguay, and Uruguay, which were full members, with Ecuador and Peru as associate partners.

Tens of thousands of leftist dissidents were tracked down and executed during CONDOR, which operated with the full approval and involvement of the CIA.

The Macri regime has responded to Padilla’s revelations before the Argentine Chamber of Deputies by initiating impeachment proceedings against the judge. The Justice Ministry formally requested the Council of the Magistracy, which has authority over judges, to launch a formal investigation of Padilla.

Padilla has been subjected to a vicious character assassination campaign launched through pro-Macri media in Argentina, with some of his critics even questioning his military service during the Falklands War against the British. Padilla, in this respect, is not unlike America’s Robert Mueller, who has had his Marine Corps service in Vietnam also questioned by Trump allies.

One thought on “Don’t Spy for Me Argentina, Setting Up Maduro’s Downfall or Trump’s ?”