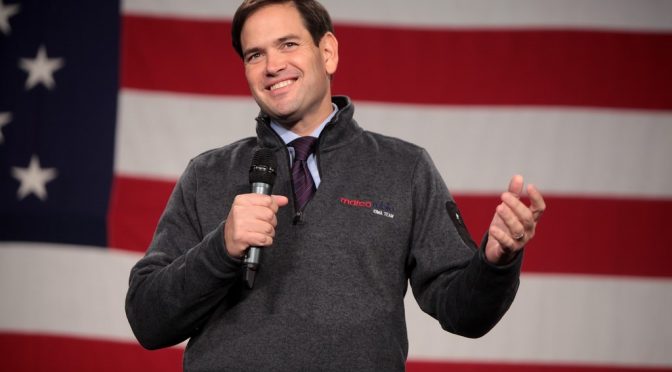 A generation of posturing, ridiculous metrosexual boy toys who would faint at the sight of a drop of their own blood has arisen across the Western World uttering ludicrous empty threats at Russia and trying to set off wars everywhere.

Where do all these ludicrous little armchair heroes come from? Are they all Marco Rubio’s clones? Does the CIA clone them at Langley?

In Paris, pretentious President Emmanuel Macron splashes out millions of euros to surround himself with a splendor more worthy of Louis XIV than a democratically elected 21st century leader. Meanwhile, hundreds of thousands continue to rock the nation in Yellow Vest protests at the harsh austerity regulations he continues to impose on the French people.

In London, Secretary of Defense Gavin Williamson insults leading figures from France and Germany to Russia and China while the United Kingdom disintegrates around him.

Juan Guiado continues to farcically claim he is President of Venezuela despite the political groups he claims to represent receiving only one fifth of votes in the most recent elections.

In Canada, Prime Minister Justin Trudeau has had to take a break from lecturing the rest of the world on the supposedly democratic values they should follow because of an embarrassing and sordid political influence scandal that has led to two angry resignations from his Cabinet.

There is an astonishing element of similarity to all these figures. They are all in their forties, except for Guiado – the true child among them at only 35. They could all pass as teenagers. They all project an attempted air of wholesomeness and earnest idealism which their records reveal as utterly fraudulent.

None of the Boy Toys has any record of distinction in international affairs or in promoting constructive progress in their own nations. Yet every one of them is eager to foster civil strife around the world, or to impose policies that would tear their own countries apart (Macron, Williamson and Guiado).

Every one of them seeks to present an unconvincing image of firm, dynamic and courageous leadership yet all of them pathetically rely on the armed forces of the United States or the willingness of the US government to intervene shamelessly in their own domestic affairs to uphold their positions and policies.

It is sometimes difficult to forget that Rubio is only two years out of his freshman term in the US Senate. He already seems to have been with us forever.

Williamson in the UK, Macron in France and now Guiado outside Venezuela were all plucked from nowhere, all on the basis of nothing more profound than their willingness to swallow the same internationalist, liberal, free trade party line they were all required to.

All the Boy Toys most resemble, in the wonderful words Alice Roosevelt Longworth used to dismiss 1948 US presidential candidate Tom Dewey, the little toy man on top of a giant wedding cake.

It is this image even more than the earnest, fake sincerity all of them seek to project like the most unscrupulous second-hand auto salesman that reveals the inner emptiness of all these ludicrous-named “leaders.”

They represent the last days of the liberal consensus of the West three quarters of a century after its great moment of triumph in 1945: A victory that in reality was won through the lives, blood and sacrifice of millions of Soviet soldiers.

Is there any significance to the rapid simultaneous rise to eminence and fame of the Boy Toys across the Western world? I believe there is.

A quarter of a millennium ago, Edward Gibbon, the great historian of “The Decline and Fall of the Roman Empire,” noted that when ruling establishments had lost every remaining vestige of decency and confidence in public scrutiny, they turned to appointing nonentities as public figureheads, as the only figures weak enough not to threaten them with any hint of independence.

Rubio and his legion of not-quite-convincing Boy Toy contemporaries fit this requirement perfectly. They are the natural successors to Romulus Augustulanus, the ludicrous last legal emperor of Rome (for less than a year) in 475-6 AD. As Gibbon said, “Suspicious princes often promote the last of mankind.”