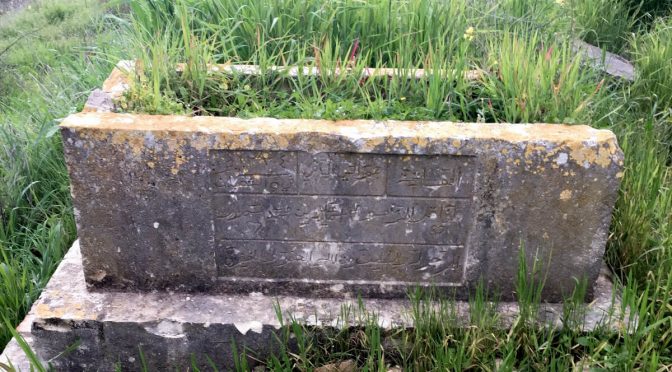 The Deir Yassin massacre was used by the Zionist establishment and the terror squads to terrify Palestinians who may have hesitated to leave their land. “Remember what happened in Deir Yassin” was often used as a threat.

JERUSALEM — Elections for the 21st Israeli Knesset will take place April 9. On this day in 1948, Zionist militia entered the quiet village of Deir Yassin, murdered many of its inhabitants, expelled the survivors, and destroyed most of what remained. It was known to be a peaceful village that sat on the western edge of Jerusalem and in the early hours of that fateful day, Zionist terrorist squads attacked and massacred over one hundred men, women and children. The exact number of dead cannot be verified because, to this day, the Zionist authorities have not revealed where they buried the bodies.

However, as the historian Ilan Pappe puts it in The Ethnic Cleansing of Palestine, “the whole ‘quantitative’ exercise is insignificant,” explaining: “One only has to be told that thirty babies were among the slaughtered in Deir Yassin to understand why.”

Though there is no way to know for sure, it is safe to assume that the date for Israel’s upcoming elections was chosen without connection to the Deir Yassin memorial. However, one cannot escape the symbolism. The sheer insensitivity toward the victims’ families and the survivors — not to mention an entire nation for whom this day is a reminder of the horrors of the past seven decades — cannot be summed up in words.

The campaign promises of almost every party running include fewer rights for Palestinians, more killing and more of what the people of Deir Yassin experienced in the early hours of that shameful day 71 years ago. Prime Minister Benjamin Netanyahu, who comes from the same ideological background as the terror group that spearheaded the massacre, is warning voters that if his Likud Party does not win a large majority, “A Left government will be in place with the support of the Arabs.” The Party of Blue and White, also known as the party of the many generals, kicked off its campaign with a video bragging about the role of its number one general, Benny Gantz, in the destruction of Gaza and murder of civilians.z

And the list goes on and on and becomes more and more blatantly violent and frightening.

A Tour with Zochrot

Zochrot is an NGO dedicated to promoting “acknowledgement and accountability for the ongoing injustices of the Nakba, the Palestinian catastrophe of 1948.” They give tours all across Palestine and have information about every town and village and every massacre that took place. A few friends and I took a tour of Deir Yassin with Umar Al-Ghubari, who leads tours for Zochrot. We toured the area where the village used to be, which is now the bustling industrial district of Giv’at Shaul in Jerusalem.

We met Umar on the busy Kanfei Nesharim Street, which translates to Eagles Wings. As soon as we start walking, he shows us the first few houses of the former residents. The homes are clearly older than the rest of the buildings in the area, clearly Palestinian. One is an office building, another a synagogue.

We keep walking, passing another home here and another one there. We turn into HaRav Raphael Katsenelbogen Street and the stories are more chilling. We keep walking and we see a cluster of old Palestinian homes fenced off and gated. It is the Kfar Shaul Mental Health Center. The photos of the inside of the hospital are a glimpse of how beautiful the homes were. On their website, they state that Kfar Shaul Mental Health Center, established in 1951, is an Israeli public psychiatric hospital located between Givat Shaul and Har Nof, Jerusalem. It is affiliated with the Hadassah Medical Center and the Hebrew University of Jerusalem. What used to be the center of the village was fenced off, gated and turned into a mental health hospital.

We walk a block or two from the hospital gate, and across the street, there are several Zionist Yeshivas (religious educational institutions) and beyond them lies the village cemetery. It is neglected and desecrated. From the cemetery, across a wide valley is Israel’s Holocaust Memorial Museum, Yad Vashem. It was built in 1953 across the valley and within full view of Deir Yassin. A museum guide whom I know used to point Deir Yassin out while giving tours at Yad Vashem and was fired as a consequence.

A symbol and a warning

Deir Yassin was not necessarily the worst massacre committed by the Zionist terror groups in Palestine but owing to the high profile of the location, near Jerusalem, it was widely publicized. It was used by the Zionist establishment and the terror squads to terrify Palestinians who may have hesitated to leave their land. “Remember what happened in Deir Yassin” was often used as a threat. The threat worked and in the following weeks and months large numbers of Palestinians, fearing for their lives and the lives of their loved ones, fled.

Deir Yassin was wiped off the map. Surviving children were rounded up and dropped alone and terrified in the Old City of Jerusalem. It was then that Hind Al Husseini found them and took them into her care and consequently opened an orphanage, Dar Al-Tifl Al-Arabi in which they were raised and educated. Today Dar Al-Tifl continues to function in Jerusalem as both a regular school and a boarding school.

There is a great deal of information about the massacre available. Testimonies of survivors, and witnesses, and even testimonies by the attackers themselves. The testimonies verify that this vicious attack included rape, murder and pillage.

In July 2017 a piece was published in the Israeli daily Haaretz about a film that documents what had taken place on that deadly Friday more than seven decades ago. The piece quotes several chilling testimonials given by members of the terrorist Zionist militia that committed this unforgivable atrocity:

A letter by Yehuda Feder who participated in this crime describes a ‘tremendous operation to occupy the Arab village on the Jerusalem-Tel Aviv road – Deir Yassin. ‘I participated in this operation in the most active way,’ Feder wrote. In this ‘tremendous operation,’  he says, ‘I killed an armed Arab man and two Arab girls of 16 or 17 who were helping the Arab who was shooting. I stood them against a wall and blasted them with two rounds from the Tommy gun.’”

Then, he writes, “we confiscated a lot of money and silver and gold jewelry fell into our hands.” He concludes the letter with the words: “This was a really tremendous operation.”

Yair Tsaban, who many years later was a leading figure in left-wing Israeli politics, was a young man at the time, who was sent with fellow members of the Zionist Youth Brigades to bury the corpses. This was done, Tsaban said, because, “the Red Cross was liable to show up at any moment and it was necessary to blur the traces.” There was concern that “publication of pictures and testimonies about what had happened in the village would be very damaging to the image of our War of Independence.”

Tsaban also said, “I don’t remember encountering the corpse of a fighting man. Not at all. I remember mostly women and old men.” He recalled “an old man and a woman, sitting in the corner of a room with their faces to the wall, and they are shot in the back.”

Shraga Peled, 91 at the time he relayed what he saw, was sent to the village with a camera to document what took place:

When I got to Deir Yassin, the first thing I saw was a big tree to which a young Arab fellow was tied. And this tree was burnt in a fire. They had tied him to it and burned him. I photographed that.”

He claims that he handed the film over to his superiors, and since then he has not seen the photos.

Haaretz: a laundromat of words

The story in Haaretz ends with, “The Deir Yassin massacre was the first of a number of incidents in which Jewish fighters were involved in killing civilians in the War of Independence.”  This entire statement is categorically untrue.

It was not a “War of Independence” but a systematic campaign of genocide and ethnic cleansing. It should also be made clear that what happened in Deir Yassin was not a battle but a planned massacre and the fact that some of the men in the village used arms to protect themselves does not qualify it as a battle. The attackers were not fighters but cowards, criminals who murdered defenseless civilians, stole their property, then placed the survivors on trucks and paraded them on the streets of Jerusalem.

Furthermore, Deir Yassin was not the first massacre of Palestinians by the Zionist terror squads. All the Zionist military groups without exception participated in crimes like this one from very early on. A few examples include a massacre at the village of Balad Al-Shaykh in December of 1947 and the village of Sa’sa in the Galilee in February 1948 — and there were numerous terrorist attacks against Palestinian civilians in all the major cities, including Jerusalem, Haifa, Yafa and Ramleh.

This year, as in years past, on April 9 a small, dedicated delegation of members of the organization Zochrot, will hold their annual walk on the grounds Deir Yassin, to commemorate the massacre.

Top photo | Palestinian relatives of residents of the Arab village of Deir Yassin stand over plaques listing the names of more than 100 people killed by Irgun Lehi militants, a pre-state Israeli terrorist group, as they mark the anniversary of the attack, at the site where the village stood in 1948, currently in Jerusalem, April 10, 2008. Ed Ou | AP