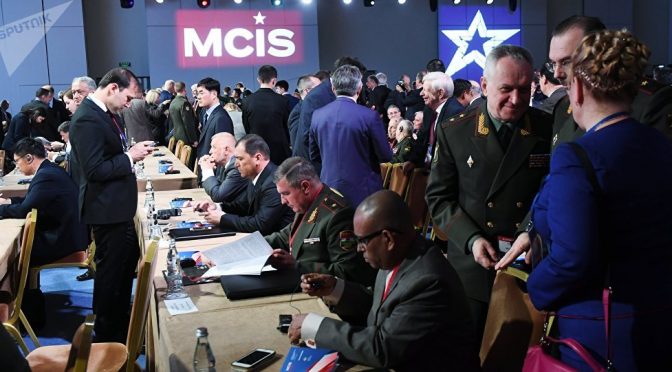 
We cannot speculate about the covert objectives of his summit with Vladimir Putin, but satellite data are said to indicate that North Korea is rebuilding a nuclear testing site for a possible first missile test in 15 months.


In celebrating the founding of the Chinese Navy, Chinese President and Chairman of the Central Military Commission Xi Jinping attended a multinational fleet review in Qingdao on Tuesday to mark the 70th anniversary. Heads of over 60 naval delegations inspected the fleet together.


The annual One Belt One Road Summit will also happen this week, so we can expect more positive surprises from that event.


The first round of geopolitical battle in Venezuela has ended with 0 to 1 score for the Alliance. The timely intervention by Russian forces and allies prevented the economic hitmen’s access to more oil and gold, which could have been used to finance terror mercenaries as they fatten themselves up even more.