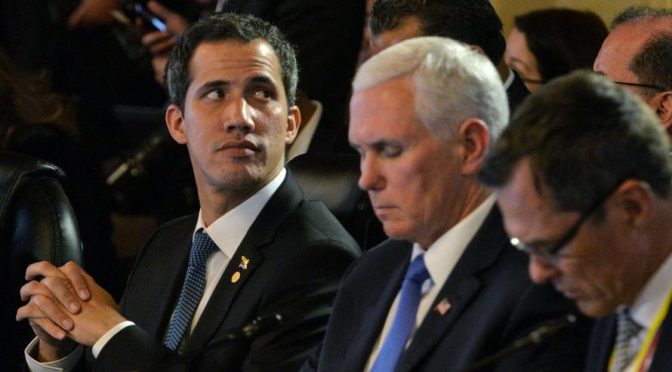 In a continuing effort to destabilize the Maduro government and the entire country of Venezuela, Deep State operative Mike Pence has been reported to have plans of acquiring the services of the military hierarchy including bribery, in order to topple Maduro from power.

In a speech to the Americas Society at the State Department scheduled on Tuesday, Pence will warn that the US will soon move to sanction 25 additional magistrates on Venezuela’s supreme court, a senior Trump administration official told Reuters.

Pence will offer new “carrots” to the Venezuelan military, as well as an economic aid package contingent on a political transition, according to the official, speaking on condition of anonymity.

Pence’s speech will be the first look at the Trump administration’s recalibrated strategy following street protests last week led by Juan Guaido, the opposition figure backed by the United States and most other Western countries.

The Trump government has been trying to launch multiple initiatives aimed at keeping the Alliance preoccupied:

People would love to romanticize the supposed 90-minute talk between the two leaders, but what can they possibly talk about in a phone line that the NSA and the CIA are monitoring on a perpetual basis?

In short, it’s a lot wiser to stop expecting something positive from the CEOs managing the various sections of the DC swamp. It’s been operating that way for more than 200 hundred years.

In fact,  theTrump administration’s clear interest in the privatization and exploitation of Venezuela’s oil reserves, the largest in the world, by American oil giants like Chevron and ExxonMobil does not end there, but also extends to serving the vested interest of Bayer-Monsanto.