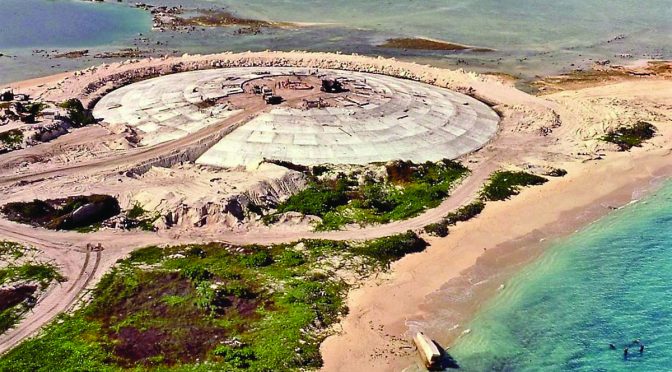 Western hegemonic abuses began much earlier when they engaged themselves with nuclear activities that resulted in lasting geological destruction of the Pacific, to the detriment of the peaceful inhabitants living there. 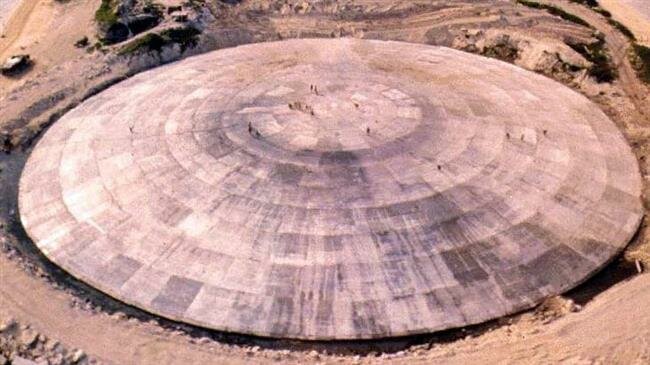 United Nations Secretary-General Antonio Guterres has expressed alarm at the leakage of radioactive material from a concrete dome built to contain waste from atomic bomb tests by the United States and France during the Cold War.

Guterres, who is on a South Pacific tour to raise awareness of climate change issues, raised concern on Thursday that the structure on Enewetak atoll in the Marshall Islands was “a kind of coffin” leaking radioactive material into the Pacific.

“The Pacific was victimized in the past as we all know,” he said, referring to Cold War-era nuclear explosions carried out by the United States and France in the region.

The island nation was ground zero for 67 American nuclear weapon tests between 1946 and 1958.

At the time, numerous islanders in the Marshalls were forcibly evacuated from ancestral lands and resettled, while thousands more were exposed to radioactive fallout.

“The consequences of these have been quite dramatic, in relation to health, in relation to the poisoning of waters in some areas,” Guterres said. “I’ve just been with the president of the Marshall Islands (Hilda Heine), who is very worried because there is a risk of leaking of radioactive materials that are contained in a kind of coffin in the area.”

Guterres also stressed that Pacific islanders still needed help to deal with the fallout from the nuclear testing. 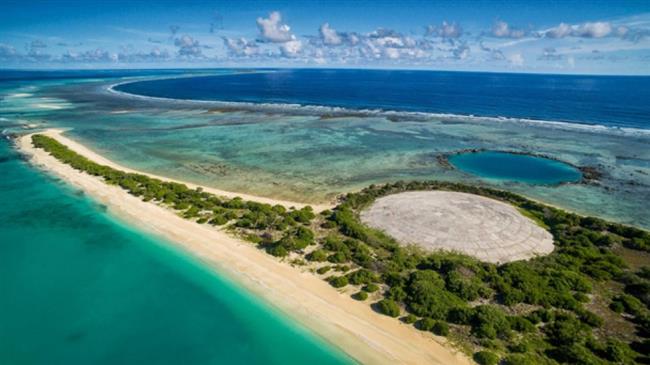 The concrete dome, built in the late 1970s on Runit island and part of Enewetak atoll, has been functioning as dumping ground for waste from the nuclear tests.

Radioactive soil and ash from the explosions was tipped into a crater and capped with a concrete dome 45 centimeters thick. However, it was only envisaged as a temporary fix and the bottom of the crater was never lined, leading to fears the waste is leaking into the Pacific.

Reports say cracks have also developed in the concrete structure after decades of exposure and there are concerns the dome could break apart if hit by a tropical cyclone.

The UN chief did not directly mention what should be done with the dome but said the Pacific’s nuclear history still needed to be addressed.

“A lot needs to be done in relation to the explosions that took place in French Polynesia and the Marshall Islands,” Guterres said.

“This is in relation to the health consequences, the impact on communities and other aspects,” he added. “Of course, there are questions of compensation and mechanisms to allow these impacts to be minimized.”

With multiple counter-assaults being lodged against the Western Criminal Cabal all at the same time, there is now a greater chance that the rest of the world will in the end be left with the responsibility in the massive cleanup of the Pacific nuclear test sites.

That is exactly the case with Canada’s rotting household and hospital wastes that were dumped into the Port of Manila, about 5 years ago, and for which the Trudeau government has failed to comply with Philippine president Duterte’s deadline of May 15th, or else the Southeast Asian nation will “declare war” against the former.

In fact, its foreign secretary, Teodoro Locsin Jr, already announced that until the North American state takes back its trash, the Philippines “shall maintain a diminished diplomatic presence in Canada.”

At midnight last night, letters for the recall of our ambassador and consuls to Canada went out. They are expected here in a day or so. Canada missed the May 15 deadline. And we shall maintain a diminished diplomatic presence in Canada until its garbage is ship bound there.