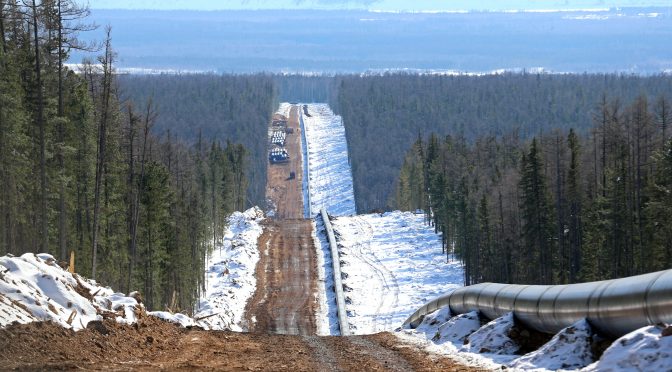 The US bankers have long financialized [i.e. paper shuffling] the entire American economy and have shipped all industrialization [production] abroad. Then Donald Trump came along and started forcing companies to go back home. But US companies are in it for profit and not for patriotism.

Even if the US companies leave China due to the tariff war that Trump has launched against the former, it doesn’t mean that they will all go back to the US. They would just relocate to Southeast Asia to dodge the sanctions and increased tariffs.

If Trump sanctions these Southeast Asian countries and make them his enemies, then how could the US Navy do its “freedom of navigation” sorties in the South China Sea without somebody to serve as pretext for its “defensive” maneuvers at sea?

So, what could a Donald Trump do?

He’ll do what most of his Republican predecessors have done in their time, start a war, at least that is how the outcome of the next elections are secured.

Fortunately, nobody is recklessly giving it to him. Pompeo came home recently from Russia empty handed, as the Russians will not sacrifice Iran in exchange for a new arms treaty with the US.

Meanwhile, the Belt and Road caravan continues to roll on, while the Deep State dogs are barking along the side of the road.

By the end of this year, the $400 billion gamechanging energy project between Russia and China, signed 7 years ago, will start delivering Siberian gas to power China, the Eastern parts of Eurasia and the whole of Southeast Asia.

This is another chokehold on the neck of the Deep State and its petrodollar dominance, as Russian energy products are much cheaper and have better quality than the rest.

The Power of Siberia energy project is on top of the Shanghai energy trade exchange established a few years back to bypass the Western controlled energy futures exchanges, where China’s Yuan can be used to buy oil from the best supplier anywhere.

The panic does not end there as China is already contemplating on its next move after the tit-for-tat increase on the tariff of about $60 billion US product imports into China – a ban on rare earth minerals export, which could cripple the US high technology supply lines.

Of course, there’s also the $1.2 trillion US treasury bonds that is slowly being unloaded back to the fiat system in exchange for real assets, and for which the US taxpayers must pay at the end of the day.

In short, every action that Trump takes would only hurt US companies and consumers as they shoulder the costs of his government’s aggressive policies.

It’s been said that it was Trump’s list of demands against his Chinese counterparts that broke the trade negotiations, because according to one scholar, Trump’s demand was tantamount to China’s surrendering everything to the US, including the need to change the Chinese culture.

Uplifting 700 million from poverty in just a span of 4decades is truly a remarkable achievement. Yet, China needs to change itself culturally?

China has so far repelled all Jesuit attempts at converting more Chinese into Catholicism.

China is indeed far more dangerous than Russia, Iran, North Korea, and other bogeymen that only exist in their exceptionalist mind, because have the economic muscle to support its allies that have the technological capacity to defeat the West at their own game, militarily.

Defeated in their own capitalist and militarist games, sour losers to the end.

While the ever boisterous Donald Trump is so desperate in securing a second term, that he must please his support base with America the Bold image by demonizing countries other than his own, when the root cause of America’s economic bankruptcy are right there laughing at home.

One can start looking at what happened to Pentagon’s $21 trillion unexplained expenditures. But what is the White House response after this staggering amount was revealed?

More talk of wars, sending a fleet of destroyers and blaming others for being aggressive against the US. If that is not utter lunacy, then what is it?

Trust the plan? Is going rogue part of the plan?

Rounding up the criminals, or the draining of the swamp, should be a straightforward process, yet we love to look smart by pretending that we understood the complexity of some non-existent operations.

The only verifiable anti-Deep State actions so far are those done by the Eastern Alliance. The rest are all empty talk and bluster.

We could have a more peaceful and orderly transition for a Global Reset, but the perpetual White House arrogance is making that all too impossible. There’s no good option from the Democrats either — it’s just the other side of the Deep State coin.

Who will then decide to step up and rally the people for a genuine effort of reestablishing the American Republic?

Certainly, not the tax dodger, nor the genocidal maniacs and pedophiles.

When and where this year’s Bilderberg Meeting be held, and what will be its agenda?

The upcoming substitute for SWIFT is about to go online very soon. That will be the end of the Rothschild banking system as we knew it.