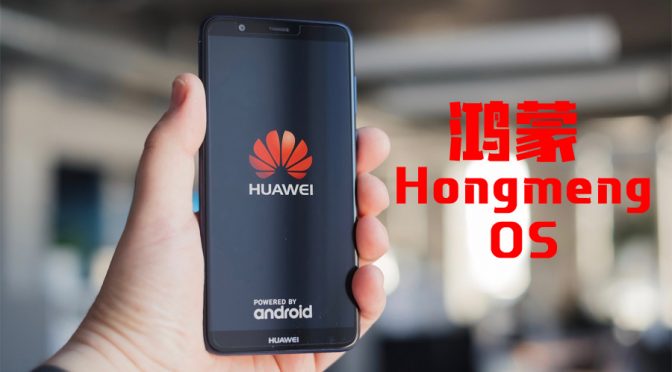 Everyone loves the Free Market until it starts working against them. In a globalized world said economic philosophy stands in the way of “Making America Great Again” as a free market pits heavily taxed American firms using expensive labour against the cost-cutting Chinese. However, the results of Protectionist moves especially Trump’s attack on Huawei could backfire.

So in this battle between Free Market principles and American Greatness, US President Donald Trump has chosen the latter putting Chinese telecommunications/consumer electronics giant Huawei on a black list of “of foreign firms barred from receiving components from US exporters without a license”. This has caused Google to cut off Huawei from their Android mobile device operating system (OS), which is surely to be a killing blow to their climb towards being the #1 cellphone producer in the world.

On the surface this makes it seem as though this is a clear victory for Trump and American business due to the “natural” monopoly that is generated by the need for operating systems to have high usage/compatibility. Naturally any new system will have low usage/compatibility making entrance onto this market by a new OS nearly impossible. Furthermore, producing an operating system itself for computers or mobile devices is no easy task and can only be done by a truly massive organization.

Regarding desktop operating systems’ market shares Windows is #1 at almost 80%, Mac OS has about 15% and the biggest star of the little guys is Google’s Chrome OS at barely over 1% usage. For mobile devices Android has roughly 70% of the market, Apple’s iOS has nearly 29% and the abandoned Windows Phone has less than 1%. Excluding some very tiny operating systems for niche users, both these markets look the same – one giant system used by a strong majority of consumers followed by Apple’s firm elite second place with everything else in a distant irrelevant third. It is important to note that since Apple only allows its OS to be used on its own products, this effectively this means that Microsoft has a monopoly on the desktop and Google has a monopoly on the mobile device market. Additionally, since every company mentioned above is American, this means that in the OS game the US has complete and total domination.

If you want to make a cellphone in China, Russia or elsewhere, then you MUST use Android or else you will have a miniscule amount of apps and content for your users rendering your device unsellable. This situation is very good for America and Americans should be proud of their massive national successes in this industry that affects all our lives today. But the question is, was it such a great idea for Trump to stick his nose in to all this? What sort of results will this attack on Huawei actually yield?

A company producing cell phones without an OS is about as good as a dairy farm with no cows. If Trump’s desire was to break the will of Huawei and keep them from getting too big then it is “mission accomplished” and a win for the President. Huawei has already been accused of numerous crimes and working too closely with the Chinese government to influence beyond their borders. Part of MAGA does mean making sure that foreign powers have their influence over America restricted. So in the sense of getting rid of the Red Menace by black listing of Huawei, Trump is serving the desires of those who voted him into office.

However, this move could have a large amount of blowback. At this point the only companies to make serious attempts at developing operating systems in the 21st century are Microsoft, Google and Apple. All these gigantic corporations use much-praised Chinese and Russian programmers, who in theory have the talents to try to make a competing OS back home if given the money and leadership to do so.

As of a few days ago the entire world seemed happy to just pay Google good money to use Android. Trying to compete with that titanic platform would be silly, it is much cheaper to just buy the rights to use it. But now, thanks to Trump slapping Huawei in the face and putting the fear of God into other non-Western manufacturers, there has arisen a need for a new OS that won’t be bound to Washington’s whims.

The perfect example of this is Russia’s creation of their MIR transaction system after being threatened from being cut off from SWIFT. Although Russia hasn’t been blocked from using SWIFT just yet, it is now perfectly capable of living without it and is even so bold as to try to push for using MIR outside its borders. Until threatened the Russians were very happy to pay the West to make money transactions, but once backed into a corner the normally slow bureaucratic bear actually got moving very quickly. If no threats would have been launched at Russia they would still firmly be under the domain of Visa/Mastercard for generations to come. Sometimes it is best to not rock the boat.

In the long term Trump’s attack on Huawei for the sake of America, which noble in theory and possibly successful in the short term, could lead to lead the world’s cellphone producing vassals to stop paying the OS lord and start searching for a new one, or even trying to develop a system of their own. There is absolutely no doubt that building and popularizing an OS is a herculean feat, but if you haven’t noticed Huawei and today’s China are pretty darn strong and may just be up to the task.

Breaking the US monopoly on operating systems is not “MAGA” and Trump should pray that his move won’t backfire.