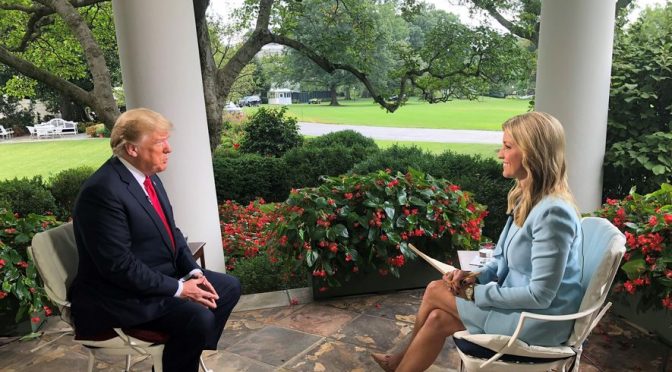 We would have liked it to see the US President Donald Trump succeeds in all his initiatives inside and outside of the country. But with more than 2 years in office, one can legitimately ask, what has been accomplished so far, and where is America going to?

It is not so crazy to say that Trump is not in complete control of the White House. What is sad about it is that his support base has already accepted that fact and all they can do is to “trust the plan.”

So, what was the plan?

Of the three objectives, where are we now?

Trump is supposedly a corporate executive that knows about the value of properly allocating time and resources to accomplish a certain task, and objectives. But he keeps talking about the wall that will separate the real Americans from doing what they always do since the pre-colonial times.

For those who have been with us very early on, we’ve been monitoring all the covert geopolitical developments since 2005, and it was only in 2007 when things have gotten off-ground, when the Asian brotherhood committed itself to not work with the Western criminal cabal, no more.

The decoupling of the Asian Underground started when they have detected the deliberate effort to annihilate the Asian genome through the SARS virus, which was then followed years later by the efforts to eliminate the population of America with H1N1 strains.

Another virus, the Dengue virus, has also hit the Philippine via Sanofi’s Dengvaxia mass vaccinations of a million schoolchildren and adults mostly in the government sector, in 2016. More than 600 children have already died, according to multiple independent reports. We suspect that the figures don’t include those who didn’t see the value of reporting their deaths to the authorities.

Of all these events, only the collaborative efforts of the Russia-Iran-China Alliance, MCIS, Eurasia Economic Cooperation, Shanghai Cooperation Organization, ASEAN and the China-led Belt and Road Initiative are the readily verifiable actions towards to neutralization of the Deep State’s near absolute economic and military power.

No bankers, high profile pedophile, or a known genocidalist, has ever been indicted and incarcerated. The Bushes are still in their castles. On the contrary, hundreds of whistleblowers are themselves put behind bars for talking with authority about the abuses in the CIA and Pentagon.

What we see instead is an endless reality TV like powerplay in DC, which is not completely surprising. After all, the man in the White House is a master of it.

Fortunately for all of us, the Alliance has already accepted the true nature of their counterparts in the West, and they are moving on at dizzying pace in transforming the planet into a better one.

In the Bloomberg documentary video below, we can see how the Chinese people is supplanting the Silicon Valley profit-based endeavors.

We can have and endless debate about the “social credit system” of China as dystopic, or not, but in science and technology, it’s all about the real objectives of why it is being used.

For example, the nuclear technology is being used in America more in the area of warfare than in generating free energy for the entire population, in spite of MIT’s highly advanced thorium-based nuclear technology. There was also the cold fusion experiments of Pons, et al.

Whereas, in China, the social credit system is forcing the population to discipline themselves or suffer the consequences, which are not lethal to begin with. We believe that this is a sound compromise between crafting more laws that cannot be properly implemented due to the sheer size of their population, and the constant problem of police corruption.

Non-lethal consequences include: non-being able to ride the mass transit system, not being able to enter a restaurant, or any places where society converge. In short, you will be in your virtual house arrest for some time if you do not behave properly. This has been the strict Chinese culture before the entry of the Europeans.

On the other hand, China has also successfully prosecuted erring private and public individuals for corruption and scandals. These includes bankers, politicians, manufacturers of toxic contaminated food products, etc. All government officials are also required to make a trip to the national penitentiary and be able to talk to high-profile convicts, as a form of deterrence.

All of these practical, non-aggressive Chinese measures to put their citizens in line are not usually being talked about in the Western media without labeling it as dystopia. If that is all dystopic for the West, then maybe that explains why high-profile criminality and the criminal cabal will remain in power for the next generations to come.

The People’s Republic of China is not the Khazarian-controlled United States, Inc. The leaders of China are not picked up from Ivy league Yale University, or Harvard. They are sent to the countryside to experience the life of the least of their people.

The Americans are not in control of the White House, nor is Trump in control of his own administration. He didn’t chose his cabinet team to help him fulfill his campaign promises.

It is the Deep State that prepared everything, i.e. the script and the supporting actors, he can play with, just to maintain the status quo of two-party squabbles, war mongering versus independent states like Iran for the military arms industry and Jesuit central bank, forced vaccinations to feed Big Pharma’s ever-growing cancer industry, and nothing more.

He knows about the pressure of the military industrial complex on his government, yet he’s not doing anything about it.

The worse part is, even the American public are also aware about where the unexplained $21 trillion Pentagon budget has gone to, and yet they are not willing to do anything about it anyway.

Donald Trump is intellectually impotent. He doesn’t really know what he’s doing and where America should be going in light of the rest of the world moving ahead with multipolarity.

Otherwise, he could have done it Duterte-style because the total neutralization of the Deep State machinery is, first and foremost, what the public wants and truly deserve. Trump foolishly thinks that his most favorite weapon against the Deep State, i.e. Twitter, will work in the end.

In contrast, Duterte have decimated the most active CIA-controlled drug and terror enterprise in Southeast Asia in just a little more than a year.

The funny thing about Trump’s admission regarding the military industrial complex influence in the crafting of US foreign policy will make a lot of “conspiracy theorists” happy, but mere affirmation accomplishes nothing.

At most, what he’s doing is just playing Pontius Pilate after having lost the trade war with China, and failed regime change attempts in Venezuela and Iran.

The war against the Deep State, if any of that sort ever exist in the US, must be relentless and decisive. He is supposed to give his own life for it.

Land of the free, and home of the brave — what a travesty of the highest order!

The only factor that will keep Trump in office past this term will be the inability of the Democrats to field a charismatic candidate in 2020, coupled with the inability of the population to assess his actions and that of his administration in the most objective and intelligent manner.

Not accepting this reality, or doing something to correct it, is a great disservice to the next generations of Americans.

Whatever the case may be, the rest of the world will move on.