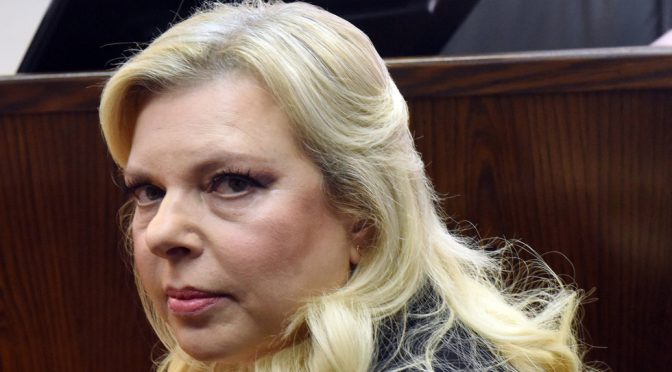 The wife of the Israeli Prime Minister Benjamin Netanyahu has been ordered to pay a fine of roughly 15,000 U.S. dollars for misusing state funds. The prime minister is also facing an indictment on separate corruption charges.

The judge in a Jerusalem court ordered Sara Netanyahu to pay NIS 55,000 ($15,210) as a fine and compensation on Sunday, after she had agreed to a plea deal four days earlier. Sara, the third wife of Israeli Prime Minister Benjamin Netanyahu, was initially indicted for spending $100,000 in state funds on luxurious meals from the country’s top restaurants between 2010 and 2013.

Such expenses are forbidden, as she had already been allocated a full-time chef at the residence – something she reportedly misrepresented to internal auditors when filing her expenses. The size of the alleged overspend was slashed to $50,000 this week, though she will not have to pay back even the reduced amount in full, unless the state pursues a separate civil case.

Despite voluntarily admitting her misdemeanor, Sara Netanyahu presented herself as the victim at the hearing, saying she’d “suffered enough” during the humiliating case, in which a senior residence official is also expected to plead guilty.

The inauguration came shortly after Trump recognized Israel’s sovereignty over the disputed area in Syria.

Prime Minister Benjamin Netanyahu: "This is an historic day for us. We are going to do two things: Establish a new community on the Golan Heights, something which has not been done for many years. This is an act of settlement and of Zionism of the first order. pic.twitter.com/CJwqaNID7Q

Zionist Trump is more than happy to acknowledge the gesture…

Thank you PM @Netanyahu and the State of Israel for this great honor!🇺🇸🇮🇱 https://t.co/OUcf6s98UX

The whole travesty will of course continue until the Americans realize that they’ve been duped by their Zionist oligarchs, and begin to take action.

In the meantime, they will celebrate this as proof of the ongoing covert actions against the Zionists by the Patriots.