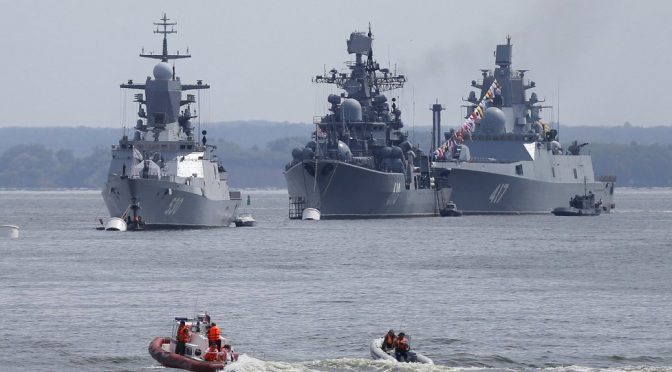 In recent months, the Deep State started being openly aggressive against one of the thorns in the Greater Israel ambition in the Middle East, i.e. Beautiful Iran, through MOSSAD false attacks on multiple sovereign oil tankers plying the Strait of Hormus, as aided and abetted by a US carrier fleet assigned in the area specifically for the purpose of castigating Iran.

The desperate move to reassert global hegemony was effectively thwarted by the bold entry of the Russians in the hotly contested narrow strip of where approximately 30% of the world’s energy requirement passes.

Days later, the Iranian super-tanker captured by British Royal Marines six weeks ago has been released by Gibraltar despite America making a last-minute plea to block its release.

The latest Russian action in the Persian Gulf was of course supported by China, which is also standing up against all Deep State attacks upon its economy.

The latter continues to pursue its own gamechanging “win-win” approach to global commerce that will spur multipolarity in peace.

The China-based Asian Infrastructure Investment Bank (AIIB) has shifted to lending in national currencies in order to reduce the negative impact of the US-driven trade war. The initiative could be boosted by the emergence of Beijing’s alternative to SWIFT, largely regarded as a challenge to the dollar’s dominance.

“The AIIB’s offer meets the financing needs of local companies at a time when they are feeling increasingly insecure about the US dollar, as the Trump administration often imposes financial sanctions on other countries”, Global Times, a daily Chinese newspaper outlined on 17 July.

The AIIB was founded in order to facilitate the financing of infrastructure projects and to ensure the development of the Asia-Pacific Region within the framework of the China-led One Belt and One Road (OBOR) initiative. While the two endeavours are not formally associated, the AIIB and OBOR are complementary.

“This is a very timely initiative as many countries urgently need finance for their infrastructure development but are worried about currency fluctuations, e.g. the likelihood of a rise in the value of the US dollar. They are worried that such a rise would make it difficult for them to repay loans contracted in dollars”, explains Donald Gasper, an independent Hong Kong-based analyst.

Gasper recalled the Asian financial crisis of 1997 that was partially triggered by the problems faced by Thailand and other countries in repaying loans denominated in the US dollar.  The crisis started with the collapse of the Thai national currency, the baht, after the country’s government was forced to float it due to a lack of foreign currency. The domino effect of the baht’s slump affected much of East Asia and Southeast Asia at the time.

“The availability of other options will lessen the need to depend on the dollar, which must inevitably have an impact on the dollar’s positions“, the analyst emphasises.

“The US dollar is the world’s biggest reserve currency and the most commonly accepted internationally for lending purposes”, argues Imbrogno. “Any reliable means of reducing that monopoly power would theoretically reduce the value of the US dollar. I’m a bit sceptical that this AIIB will be quickly accepted as a reliable source for funds, but it could build up that credibility within a few years”.

AIIB’s New System Not Dependent on New York or London

According to Don M. Chance, a professor of finance at the E. J. Ourso College of Business at Louisiana State University, the AIIB lending initiative was kicked off “mostly for hedging purposes”, as “there is a lot of fear of exchange rate volatility”.

“Let’s say a company is planning a project in another country and needs that country’s currency”, the finance expert explains. “Between the time it plans the project and the time it needs the financing, the currency it needs could increase in value and that would make the project more expensive than planned”.

For his part, Adam Garrie, a UK-based geopolitical analyst and director of the Eurasia Future think tank, cites the fact that many of those participating in the AIIB’s new lending programme “have been subject either to the pangs of vicious currency speculation, sanctions or have otherwise found that whilst the Federal Reserve’s quantitative tightening has been good for the dollar, it has caused stress in emerging markets that are deeply indebted to Western banks”.

“Because of this, by creating a parallel system of finance that isn’t dependent on New York or London, the AIIB’s plan can help to tailor specific loan packages to the needs of emerging markets and specifically those that have been on the short end of Washington’s recent policies”, the geopolitical analyst explains.

Garrie points out that “China has already shown that it is willing to take risks in order to provide lines of credit to emerging markets because Chinese financiers tend to take a much longer view of the classical cost-benefit analysis than do most Western financiers”.

However, the think tank director insists that “the AIIB is not seeking to change the world’s monetary system but is instead aiming to create a financial network of friendly nations that see themselves as partners rather than rivals”.

“The AIIB’s long term goal is to create a financial network aimed at fostering cooperation, trust and solvency among Belt and Road partner nations”, Garrie elaborates. “As such, the AIIB will continue to practice less predatory and more bespoke lending practices than the Western financial establishment. This is clearly a good thing for most emerging markets”.

Tom McGregor, a Beijing-based political analyst and senior editor for China’s national broadcaster CCTV, highlights that the timing of the AIIB local-currency financing initiative coincided with the development of the Cross-Border Interbank Payment System (CIPS) – Beijing’s alternative for the Society to Worldwide Interbank Financial Telecommunication (SWIFT).

“SWIFT relies on the US dollar to conduct cross-border bankwire transactions, with the exception of transfers between UK and EU banks”, McGregor underscores. “Accordingly by default, the US dollar stays strong since it’s the most widely-traded currency in the world. But Beijing will change the trends with the advent of CIPS, so that the Chinese yuan, not US dollars, will be exchanged directly with India, Indonesia, Thailand, Turkey and Russia, via the Asian Infrastructure Investment Bank local currency financing, which started on July 19”.

“It makes good sense, since replacing the US dollar with the yuan in currency exchanges would reduce the time and transaction fees in the process”, the CCTV editor adds.

McGregor elaborates that while the AIIB’s plans to maintain business ties with countries subjected to unilateral sanctions by Washington or Brussels, CIPS comes in handy as it does not need SWIFT to proceed with cross-border transactions. It could also encourage those nations to strengthen their local currencies, especially if their access to the dollar is limited, the Beijing-based journalist concludes.

Having been launched in October 2015, CIPS grew 80 percent in value terms in 2018, according to a Nikkei May 2019 survey, which dubbed the Chinese clearing and settlement services system “a rising challenge to the hegemony of the US dollar”. The survey found that CIPS had processed 26 trillion yuan ($3.77 trillion) of payments in 2018 only. Russian, Turkish, and Venezuelan banks have already jumped on the CIPS bandwagon.

That’s the real cause of the Western oligarchy’s geopolitical desperation today.

Still, there are those who think that the Trump administration is doing the right thing in dealing with China, and if you ever disagree with them, you’re either a Trump hater, or just plain Chinese propagandist.

Now that China has retaliated against the US by imposing tariffs on US farm products, Trump is offering farmer subsidies to reappease them just in time for the elections.

But who really are the beneficiaries of this latest Band-Aid patchwork in the agricultural sector?

About 9,000 “city slickers” living in luxurious neighborhoods of the nation’s largest cities received a farm bailout from the Trump administration to minimize the impact of the trade war with China, an updated Environmental Working Group (EWG) analysis of Department of Agriculture data shows.

The EWG analysis of USDA data revealed that “many recipients live not in farm country but in the nation’s 50 largest cities or in other decidedly nonrural locations.”

Urban recipients of the bailout include members of farm families, landowners, and investors. These people provide land, capital, or equipment for farms and make high-level decessions for operations.

In Washington D.C., lobbyist Van R. Boyette for the sugar company Florida Crystals, and its owners, the Fanjul brothers of West Palm Beach, Fla. all collected bailouts this year. Here’s a photo of the lobbyist’s USDA address: 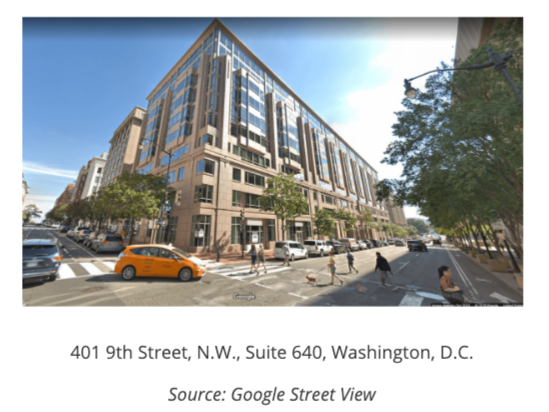 Another non-farm address of a bailout recipient is at a Minneapolis skyscraper, is the location of R.D. Brummond and Sons LLC., which the Trump administration handled over nearly $100,000 this spring. The second is a mansion in a wealthy lakeside community in Blaine, Minn., a Minneapolis suburb, the address of Karnik Leifker LLC., which received about $100,000. 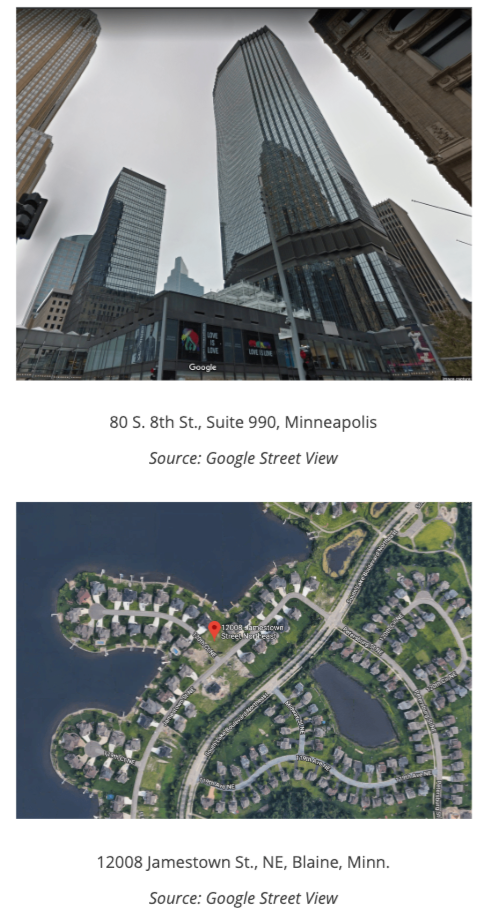 EWG has previously reported that nearly 20,000 city slickers in the nation’s 50 largest cities received farm subsidies in 2017, including hundreds who have received payments for three decades.

One farm bailout went to the address of a mansion located on a golf course of Craig Athen, of Omaha, Neb., who received $115,000 in government money this year. 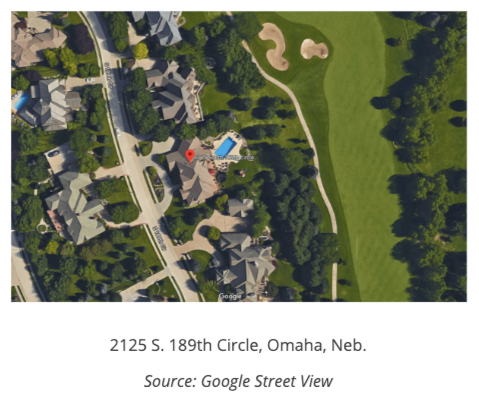 Richard M. Morgan, of Columbus, Ohio, another bailout recipient this year, had $50,000 in farm bailout money go to an address of a mansion located on a golf course. 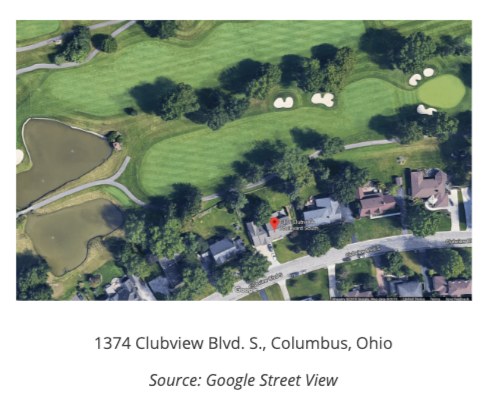 The environmental advocacy group said 3,500 bailout recipients had collected more than $125,000 in farm bailouts through April.

In a previous report, EWG found that farm bailouts are flowing the wealthiest farmers.

They suggested that the next bailout rounds would only increase the problem of how bailouts are not protecting mom-and-pop farmers, but rather showering wealthy farmers with money. 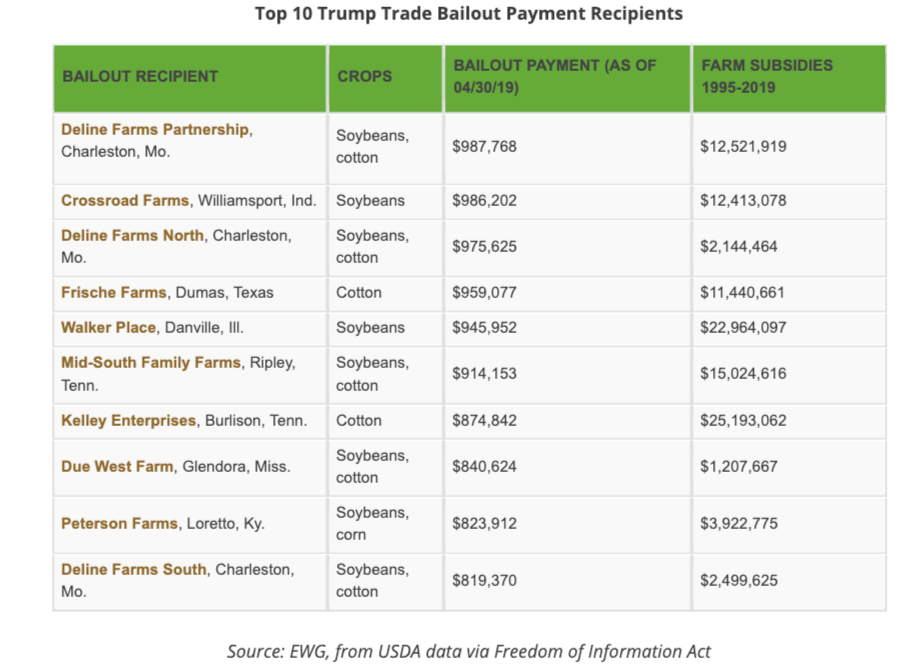 EWG said the report is based on $8.4 billion of farm bailouts through April. The USDA data was obtained via the Freedom of Information Act.

And earlier this month, President Trump hinted at a third farm bailout.

EWG said farm bailouts were intended to provide a level of assistance proportionate to a farm’s size and success, which have effectively crippled mom-and-pop to medium-sized farmers, by allowing more significant operations to receive the most bailout money.

This is more evidence that government interventionism in markets and socialist bailouts via the Trump administration aren’t working as farm incomes collapse, could trigger a farm bust in 2020.

ZeroHedge must be a Trump hater, too, and the only real revolution is the one you’ve been waging on a daily basis.