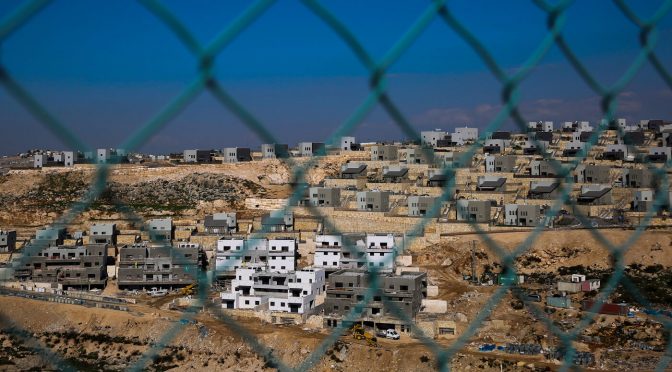 The case for Israel’s legitimacy and right to exist is one that is difficult to make. Israel is a state that was created for immigrant-settlers in a country that was fully inhabited and developed.

Yet as long as Israeli governments pretend that they are interested in a peaceful solution with the people of Palestine — a solution that will include some recognition of Palestinian rights — Zionists will argue that there is some legitimacy to a so-called Jewish state in Palestine.

Now, as Israel prepares for another round of elections, the Trump administration seems poised to give Prime Minister Benjamin Netanyahu an invaluable campaign contribution by providing a green light for Israel to declare sovereignty in Area C of the West Bank. While this is undoubtedly a short-term victory for Netanyahu, it will kill any argument Zionists may have in claiming Israel has legitimacy or, in other words, has a right to exist.

From the Balfour Declaration of 1917 to the founding documents of the state of Israel in 1948, there has always been some measure of pretense that consideration would be given to non-Jews who live in Palestine. That promised consideration never materialized and Palestinians were killed and forced into exile. This continued after the 1967 conquests, when Israeli governments colonized newly conquered territories while also speaking of a possible peace agreement with the Arabs. Then there were the various Oslo Accords, “peace” summits at Camp David in 2000, and the talks at Taba. Though these summits produced nothing tangible for the Palestinians, the pretense was enough to make Israel look reasonable and peace-loving.

While it was clear from the start that there were no Palestinian territories — or rather, there were no parts of Palestine — where Israel would not build Jewish-only settlements, as long as Israel continued masquerading as a state willing to engage in dialogue, her supporters were able to argue that she wanted peace and that the problem was the Palestinians.

In a 1970 interview, Palestinian writer, leader and martyr Ghassan Kanfani was asked why his organization, The Popular Front for the Liberation of Palestine (PFLP), refused to “engage in peace talks with the Israelis.” Kanafani sat quietly for a moment, then looked at the reporter and said, “You don’t mean exactly peace talks, you mean capitulation.”

Kanafani gave the interview from Beirut in 1970. Two years later he and his 16-year-old niece, Lamees, were brutally murdered by Israel. Since then, at every point when Palestinians have engaged in talks with Israel, the demands placed upon them were tantamount to capitulation. Today, the so-called Deal of the Century is void of any pretense that it will provide rights for the Palestinians, and it is clearly designed to force the Palestinian people into total and irreversible capitulation. However, this so-called deal, while seemingly a victory for Israel, is likely to backfire.

The Deal of the Century is very likely to be the beginning of the end of Zionism. The very legitimacy for which Israel fights so hard is now at stake more than ever before, because without the pretense of wanting peace and willingness to compromise, the state of Israel is exposed to be just ancient Sparta. Like a creature with an insatiable appetite that ends up consuming itself, the State of Israel and its fanatic supporters with their insatiable appetite will destroy any shred of legitimacy.

In the short term

As the elections unfold, we hear the heads of Isreal’s two main parties, Likud and Blue & White, talk of expanding settlements in Judea and Samaria (what was formerly known as the West Bank), fighting terrorism, and destroying Hamas in Gaza. Those who still refer to themselves as the Zionist “left” continue to argue for a compromise with the Palestinian Authority based on some version of the Two State Solution, and they are considered a delusional fringe. Palestinian lawmakers who run in the Joint List also call for a Two State Solution as well as for equal rights for Palestinian citizens of Israel. Probably the only distinction that still exists between pre-1967 Israel and post-1967 Israel is that Palestinians who live within the pre-1967 boundaries have quasi-Israeli citizenship.

By denying entry to Palestine of a congressional delegation — a delegation that was supposed to be  led by Representatives Ilhan Omar (D-MN) and Rashida Tlaib (D-MI) — Israel has shot itself in the foot and caused itself irreparable damage. It is hard to recall any time when four major figures within the Democratic Party condemned Israel. Senators Bernie Sanders (I-VT and candidate for Democratic presidential nomination) and Elizabeth Warren (D-MA) along with Rep. Betty McCollum (D-MN) and even House Majority Leader Nancy Pelosi (D-CA) all criticized the move. According to a piece in the Intercept, Warren called it “shameful;” McCollum said that Netanyahu was afraid of letting Tlaib and Omar “witness first-hand the brutality & dehumanization Israel’s occupation inflicts on the Palestinian people;” Pelosi called it a sign of weakness.

To emphasize just how severe a reprimand this is, harsh statements such as these were not made even during Israel’s brutal blombings of Gaza. However, as Netanyahu looks to his constituents, he is able to show that he was strong — he stood up to the opponents of Israel and did so with the full support of the president of the United States. For the sake of his election campaign this was indeed a smart move, and Trump’s backing was obviously an important boost.

The next prime minister

It is very likely that Netanyahu will continue to be Israel’s prime minister after next month’s elections. Even if he is not re-elected, however, the next prime minister promises very little change and Israel’s claims to legitimacy will continue to weaken. None of Israel’s political parties have a platform or even the will to bring about change. The denial of rights, denial of water, annexation of land, forced evictions, mass arrests and killing of youth, ongoing starvation of 2.2 million people in the Gaza Strip, and the massive building of Jewish-only settlements all over Palestine will continue to be the reality regardless of who becomes the next prime minister of Israel. All the while, this same reality is rapidly eroding Israel’s claims to its own legitimacy.