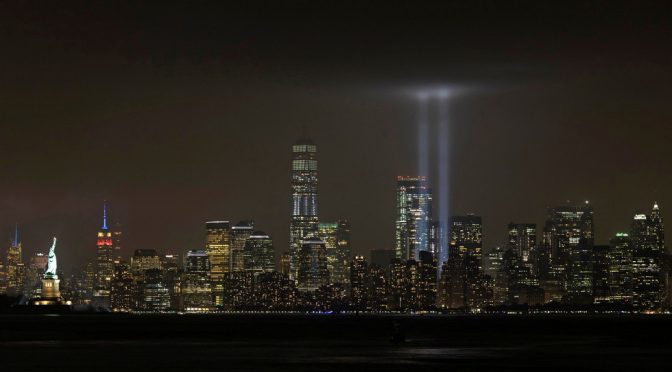 Russian President Vladimir Putin had called his US counterpart George W. Bush two days before the 9/11 attacks in 2001, warning about an imminent terrorist plot coming from Afghanistan, a former CIA analyst has revealed.

The urgent warning coming from the Russian leader is mentioned in the book ‘The Russia Trap: How Our Shadow War with Russia Could Spiral into Nuclear Catastrophe,’ released earlier this week and written by George Beebee, a senior Bush-era CIA analyst.

Putin had telephoned President Bush two days before the attacks to warn that Russian intelligence has detected signs of an incipient terrorist campaign, ‘something long in preparation,’ coming out of Afghanistan.

The revelation by the former CIA operative appears to be yet another proof that Washington has been repeatedly warned about the attacks that ultimately happened on September 11, 2001.

While the existence of a warning from Moscow has been public knowledge for years – senior Russian intelligence officials spoke about them shortly after the attacks – Beebee’s book suggests that it was not limited to exchange between the intelligence agencies, and that Bush was warned by Putin personally.

In addition to Russia, the US had been reportedly warned by the British spies, and the danger of impending attacks had been repeatedly highlighted by both the CIA and the FBI. Whether the White House actually heeded those warnings and did everything it could to protect its citizens still remains a mystery.

Some hints at the mindset of the White House officials at the time are contained in the memoirs of Condoleezza Rice, then national security advisor and later secretary of state.

In ‘No Higher Honor,’ Rice confesses that she dismissed an earlier warning from Putin about Saudi-funded extremists in Pakistan that he said would eventually cause a “major catastrophe.”

Rice wrote that she dismissed the warning and “chalked it up to Russian bitterness toward Pakistan for supporting the Afghan mujahideen” during the Soviet Union’s war in Afghanistan.

Today, Putin has offered not just intelligence information to Trump, but Russian arms to assure America that the Russians are not in it for conquest.

Unfortunately, those same advances in defense are being used by the US as a pretext to resume the arms race after it has bolted out from the INF Treaty. That’s one more proof that Trump is also serving the arms industry, just like all of his predecessors.

The rest of the world though is now ready to take it to the next level, and is leaving the West behind with an impending recession. This is the reason why Trump doesn’t seem to have a coherent strategy on how to deal with China.

The US-China trade war is not just about commerce, but a bulk of it is geopolitics. A lot of it has to do with Deep State’s interests in the Middle East and Latin America. That explains why a decisive deal between the two countries is not forthcoming.

What this means is that the US is its own enemy, and all Americans are paying for all its caprices.