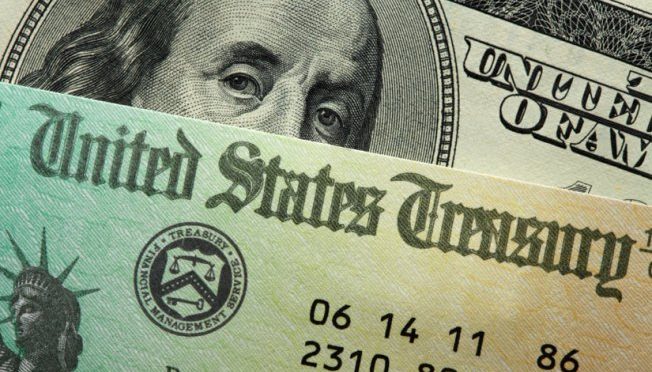 For the first time since 2008 the private central bank Federal Reserve has intervened in the money markets due to “unusually high demand for cash,” that sends borrowing costs soaring high, with massive $53 billion repo on Tuesday, and another $75 billion on Wednesday.

The New York Fed moved Tuesday morning to inject $53 billion into the banking system through transactions known as repurchase agreements, or repos. The bank said Tuesday afternoon it would inject up to $75 billion more on Wednesday morning, but many in the market were looking beyond that decision.

“The market will be waiting to see if the Fed makes this a more permanent part of the playbook,” said Beth Hammack, the Goldman Sachs Group Inc. treasurer.

… The New York Fed hasn’t had to intervene in money markets since 2008 because during and after the financial crisis, the Fed flooded the financial system with reserves—the money banks hold at the Fed. It did this by buying hundreds of billions of dollars of Treasurys and mortgage-backed securities to spur growth after cutting interest rates to nearly zero.

Reserves over the last five years have been declining, after the Fed stopped increasing its securities holdings and later, in 2017, after the Fed began shrinking the holdings. Reserves have fallen to less than $1.5 trillion last week from a peak of $2.8 trillion.

The Fed stopped shrinking its asset holdings last month, but because other Fed liabilities such as currency in circulation and the Treasury’s general financing account are rising, reserves are likely to grind lower in the weeks and months ahead.

In addition, brokers who buy and sell Treasurys have more securities on their balance sheets due to increased government-bond sales to finance rising government deficits.

Then on Monday, corporate tax payments were due to the Treasury, and Treasury debt auctions settled, leading to large transfers of cash from the banking system.

Who are these people doing “large transfers of cash from the banking system”?

Why are they hoarding cash if there’s no economic recession coming?

Countermeasures like these only feeds the doom and gloom predictions about a massive recession coming. For how long can the fiat system kick the can out of its massive $400 trillion bankruptcy in the US alone, as earlier posted on this site?

That’s the bleak scenario within the debt-based fiat financial system controlled by the Corporatists Nazionist plague.

There is however a different scenario wrestling its way to the public through a fully restored US Republic, to wit:

Both HR25 and S2155 have a distinct similarity to the so called NESARA Act, that could now be considered GESARA (G for Global), our volunteer researcher, ex-Air Force Pilot John, suggests.

So, there you have it folks, i.e. a way out from the Khazarian Mafia slavery system. Will you take it, or just do nothing?