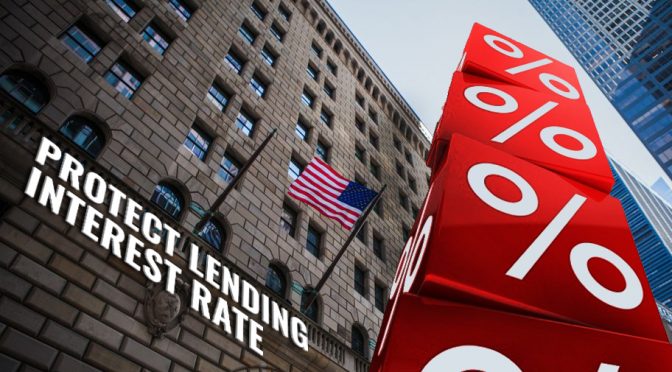 It’s a daily dose of $75 billion bankers’ bailout until the 10th of October, and beyond. And if at the end of the day it doesn’t work, more worthless money printing is already in the pipeline.

The population must remain preoccupied with binary politics and Iranian “drone attacks” on “peaceful” Wahabbists, for petrodollar’s sake!

New York (AFP) – The New York Federal Reserve Bank said Friday it will inject billions into the US financial plumbing on a daily basis for the next three weeks in an effort to prevent a spike in short-term interest rates.

The Fed will offer up to $75 billion a day in repurchase agreements — exchanging secure assets for cash for very short periods — through October 10, it said in a statement.

In addition, it will offer three 14-day “repo” operations of at least $30 billion each.

Banks have struggled in recent days to find the cash needed to meet reserve requirements which has pushed up short-term borrowing rates, prompting the New York Fed to pump billions into US money markets with repo operations over the past four days.

The mainstream media now understand that if they hype this up, they will all go down in flames.

However, in a sign a cash crunch could be easing, demand for liquidity on Friday did not significantly exceed the amount offered, as it had on two prior days.

After October 10, the New York Fed will “conduct operations as necessary to help maintain the federal funds rate in the target range, the amounts and timing of which have not yet been determined.”

Federal Reserve Chair Jerome Powell this week downplayed concerns about the money market’s cash crunch, saying it was not a sign of problems in the wider economy or a concern for monetary policy.

But who can hide the FDIC closure of 556 US banks in the last decade?

Who can hide the fact that the Federal Reserve went from $75 billion daily repo to “termed repo” of additional $30 billion, over and above the now $100 billion overnight repo?

And if that isn’t enough, the $30 billion termed repo itself has now ballooned to a whooping $60 billion simply because the Federal Reserve has literally lost control of its ability to manage its own interest rates!

So what will you do if you are the head of that corporate government under stress?

You point your finger somewhere else, to Iran, China and…

… Russian delegates must never be allowed entry into the US for the UNGA74 meetings that seek the downfall of the rogue exceptionalists by ending the dominance of the US-Saudi petrodollar, and the early neutralization of all regime change operations wherever they are being done around the world.

Russian Foreign Ministry spokeswoman Maria Zakharova said on Tuesday that several members of the Russian delegation did not receive visas to participate in the high-level week of the 74th session of the UN General Assembly, which runs from September 24-30 in New York. In total, 10 members of the delegation did not receive their visas, including senior lawmaker Konstantin Kosachev and the head of the Russian State Parliament’s International Affairs Committee, Leonid Slutsky.

Kremlin spokesman Dmitry Peskov said that the situation demanded a tough reaction from Moscow and the United Nations, adding that the visa refusal was a direct violation of Washington’s international obligations.

The other entourage that’s been denied entry into the UN headquarters much earlier was that of Iran.

The only positive thing about the current behavior of the imperialists is that now the world has more impetus to change the location of a better UN in the foreseeable future.

The notion of still needing a world governing body at this day and age is, of course, grossly outdated.

Spontaneous order and individual freedom are two ideas wanting wider exploration and acceptance. Conversely, the increasing misuse of technological advancements towards establishing a globalwide Technocracy must be suppressed at all levels.

For how long does the bankers continue to rule the Earth? It depends on how fast the majority of the slaves realize that they are.

As always, our ability to go beyond the noise and seeing all world events for what they really are – an elaborate vaudeville, is the only antidote against the flood of distraction that’s been hampering our collective effort towards real progress.