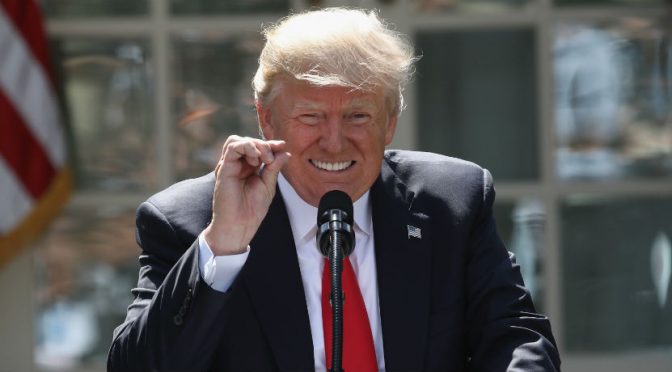 From the moment that Speaker Nancy Pelosi (D-Davos) announced reluctantly that impeachment proceedings would begin against President Trump I knew this was about his shift in Middle East policy.

It happened on Terrible Tuesday where both Trump and UK Prime Minister Boris Johnson were handed smackdowns by their respective Deep States over their plans to unwind multiple decades of aggressive foreign policy on the one hand and subjugation to the growing European Union on the other.

Now that Trump has fully embraced ending some of the US’s involvement in Syria the knives have come out in full. There have been nothing but howls of pain from every corner of neoconservatism and liberal interventionism on both sides of the domestic political aisle, about how Trump is unfit for office because he abandoned the heroic Kurds to genocide by the Turks after fighting for freedom against the brutal Bashar al-Assad.

Even the impressive Tulsi Gabbard (D-HI) promoted this narrative at the recent Democratic debate.

This narrative is so wrong on so many levels that it amazes me anyone still promulgating it can do so without their brain seizing up from the cognitive dissonance.

The Kurds were mercenaries in a cynical multi-country operation to atomize Syria into a failed state, a la the Libya model which John Bolton threatened North Korea with (and led to the public reason for his firing). This atomization would have seen Turkey take Idlib and the north eastern Arab lands its moving into now, the Kurds get a country comprised of Southeastern Syria and Northern Iraq with the eventual annexation of Kurdish territory in Iran.

This operation was paid for by the US, Saudi Arabia, Israel, the UK as well as sanctioned by EU leadership in Paris and Berlin. Russia’s intervention put the kibosh on all of it and the alliance formed in Syria’s defense between it, China, Hezbollah and Iran not only won back most of the country over the past four years but also defeated the Iraqi Kurds at Erbil after a failed rebellion by Mamoud Barzani and his Peshmerga forces.

Once Aleppo was retaken, Raqqa demolished, and the Peshmerga defeated the Kurds’ fate was sealed. The past two and a half years have been nothing more than delaying actions against the day that Trump finally gained control over the White House insurrections amongst his staff and ordered the operation ended.

Trump ordering US troops out of the region put the Kurds on notice that they either make a deal with Russia and the Syrian government or get slaughtered by the Turks. That took all of a day.

It also, as the great Pat Buchanan points out in his latest article, put the Saudis on notice that they no longer set US foreign policy objectives because they sell their oil in dollars and splash some money around D.C. and the media.

Their bloodthirst for war with Iran can be done on their dime or not at all.

The most shocking part in all of this is Trump just made the same statement to, of all people, Israel.

And that’s where the highest concentration of anguish is coming from in the media and elsewhere.

Finally, a Republican president had the stones to call AIPAC’s bluff and stop kowtowing to them over their highly sought-after election funds. Trump doesn’t need AIPAC’s money anymore. He raised $125 million in Q3 and with these moves will likely raise more in Q4.

His firing John Bolton was the clue you needed that AIPAC and Sheldon Adelson were no longer important voices in Trump’s White House. He doesn’t need favorable media coverage from a media dominated by Saudi and Israeli money.

It’s not like he’s gotten good press from them on any consistent basis since 2015. He only gets that when he’s willing to bomb people in the name of their agendas and call it ‘freedom.’

But at the same time, he made powerful enemies doing so.

This was finally the right move made by a US president standing firm in front of oppressive political and media opposition. Trump is showing a strength we haven’t seen since Ronald Reagan pulled troops out of Beirut after the massacre of more than 200 marines in 1983.

That he didn’t immediately cave to the pressure like he did in December is noteworthy. I’ve given Trump no end of grief over his lack of moral courage on this very issue, but now that he’s been unleashed by the move to impeach him, he has little left to lose.

It proves that changing personnel can change policy. John Bolton is out and he’s running his mouth about how terrible Trump is trying to become the Hero of the Resistance in the process.

He and former Trump adviser on Russia, Fiona Hill, dominated the news cycle in the wake of the Kurds making a deal with Syria and Russia, to paint Trump with the Nixon brush of spying on his political enemies.

Meanwhile, his replacement Robert O’Brien is gutting the National Security bureaucracy, reportedly cutting the staff in half. Good. That’s more than a hundred people no longer employed to feed the president false information to suit an agenda that contravenes US security.

These moves by Trump have upset the status quo in a fundamental way. It has blown up the narrative that we were in Syria to defeat ISIS. That was the cover story. And Trump has neatly called it out for exactly that.

The real story is that partitioning Syria has been the long-held goal of Israel, the neoconservatives, PNAC and so many others. And that goal is now looking to be out of reach lest they can convict Trump for doing his job for the first time since he became President.

With the rapid changes happening across the region and the collapse of so many narratives concurrently, Trump is in an excellent position to make good on many of his long-delayed promises.

What’s also clear is that Putin has played everyone in the region perfectly, balancing his relationships with Turkey, Saudi Arabia and Israel so that once Trump made his move to pull back the curtain in Syria, they would all turn to him to broker their terms.

What’s also clear is that any move he makes now will be interpreted through the impeachment lens as proof he’s trying to save himself or that he really is a Putin puppet or whatever random anti-Trump thought flits through the tiny openings in the minds of his opponents.

Trump has stepped on sacred ground here, US interventionist foreign policy. And, right now, only he has the platform and the ability to separate fact from fiction about its efficacy and who it really serves.

Because it doesn’t serve the American people, nor does it serve the people our continued presence is supposed to protect. Trump won’t come out and say that he’s turned his back on Israel’s goals in the Middle East. But with his Deal of the Century dead, its proponents on their last legs politically (Netanyahu and Kushner) it seems likely that he’s cutting bait and changing course.

And even if he doesn’t survive this politically, the vacuum he’s creating right now is big enough that it won’t matter. With Putin signing major deals with Saudi Arabia and the UAE, China welcoming Iraq into the Belt and Road family and Turkey all but leaving NATO, what are a bunch of feckless and politically spent neocons going to do?

Not much from where I’m sitting.

Tom Luongo is an independent political and economic analyst based in North Florida, USA.