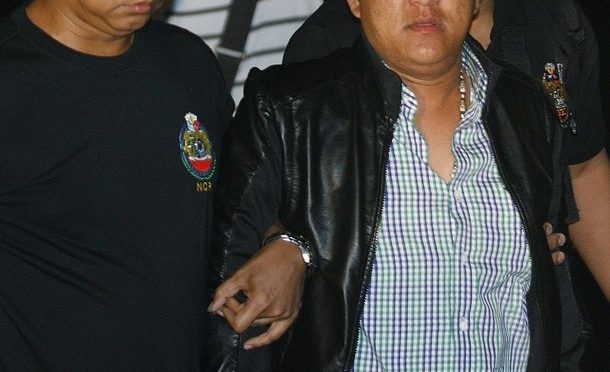 A guilty verdict has been handed down against the perpetrators of the biggest single attack on journalists in the Philippines. The primary accused were all sentenced to reclusion perpetua, or life imprisonment without parole, since death penalty constitutional provision has been repealed during the unfettered rule of the Oligarchy [post Marcos, pre-Duterte].

The Maguindanao Massacre claimed at least 57 lives in broad daylight on November 23, 2009, in the town of Ampatuan in Maguindanao province, on the island of Mindanao in the Philippines. Among the victims were 32 journalists.

Said journalists were part of the convoy of a rival Mangundadatu political clan that was challenging the rule of the Ampatuan clan, which have been in control of Maguindanao, Philippines, since the 1980s.

Buluan Vice Mayor Esmael “Toto” Mangudadatu invited 37 journalists to cover the scheduled filing of his certificate of candidacy (COC) at the Commission on Elections provincial office in Shariff Aguak. He said reports had reached him that his rivals had threatened to chop him into pieces once he filed his COC, and felt the presence of journalists would deter such an attack.[citation needed]

A local report stated that at about 5:00 PM, a convoy of six vehicles carrying journalists, lawyers, and relatives of Vice Mayor Mangudadatu left Buluan to file his COC at the Comelec office in Shariff Aguak. The convoy was composed of six vehicles: four Toyota Grandia vans (one grey, one green, and two white) owned by the Mangudadatu family; and two media vehicles – a Mitsubishi Pajero owned by DZRH broadcast journalist Henry Araneta, and a Mitsubishi L-300 van owned by UNTV. There was a seventh vehicle, a Grandia boarded by mediamen, but it lagged behind and decided to turn around once the passengers sensed what was happening. There were two other vehicles that were not part of the convoy but happened to be traveling on the same highway: a red Toyota Vios and a light blue Toyota Tamaraw FX. The Vios had five passengers: Eduardo Lechonsito, a government employee who was bound for a hospital in Cotabato City after suffering a mild stroke Monday morning. He was with his wife Cecille, co-workers Mercy Palabrica and Daryll delos Reyes, and driver Wilhelm Palabrica. The FX was driven by Anthony Ridao, employee of the National Statistics Coordination Board, and son of Cotabato City councilor Marino Ridao.[citation needed]

Before reaching its destination (about 10 km from Shariff Aguak, four on other versions), the convoy was stopped by 100 armed men, who abducted and later killed most or all of its members.[12] There is evidence that at least five of the female victims, four of them journalists, were raped before being killed,[17] while “practically all” of the women had been shot in their genitals.[18][19] Mangudadatu’s youngest sister and aunt were both pregnant at the time of their murders.[20]

In a text message sent by Mangudadatu’s wife to him, she identified the people that blocked their way as the men of Ampatuan Jr., and that he himself slapped her.[21]

An excavator (manufactured by CAT) located in the immediate vicinity of the carnage at Ampatuan town was identified as the instrument that was used to dig the graves of the victims two days beforehand, and then to bury them, including the vehicles.[22] The perpetrators were not able to complete the job when a military helicopter was spotted circling above the excavation area. The excavator, emblazoned with the name of Maguindanao Gov. Andal Ampatuan Sr., was later identified to belong to the Maguindanao provincial government.[23]

As of November 25, the death toll had risen to 57, as confirmed by Chief Superintendent Josefino Cataluna of the Philippine National Police.[24][25][26] Reporters Without Borders announced that at least 12 of the victims were journalists, making this the deadliest such incident in the history of news media.[27] The National Union of Journalists in the Philippines originally estimated that a total of 20 journalists were killed, including an undisclosed number of NUJP members.[25] The Philippine Daily Inquirer later updated the number of journalists killed to 34.[12]

On November 24, Philippine president Gloria Macapagal-Arroyo responded to the news of the massacre by declaring a state of emergency in Maguindanao, Sultan Kudarat and Cotabato City.[26] Speaker of the House Prospero Nograles called on the police to quickly identify the perpetrators of the massacre and disarm private armies.[28] The Philippine Department of Justice created a panel of special prosecutors to handle cases arising from the massacre.[29]

Most political clans in Muslim Mindanao were used by Manila-based presidential and senatorial aspirants as reliable sources of “command votes” every election day. This gave the local warlords enough confidence that they can do everything with impunity.

Political warlordism prospered in part due to the lack of economic infrastructure in Muslim Mindanao. Even in the early 1990s, this writer witnessed how the area looked more like they were still in the 1700s for lack of paved roads and even highways. This made people an easy prey by all those suave talking politicians promising the sun and the moon if they are elected.

Under the present administration, the people of Muslim Mindanao are now enjoying relative peace and progress due to the:

These are just some of the main reasons why all Soros’ funded NGOs like the Human Rights Watch are coordinating with the CHR Philippines to demonize the Duterte government. Unfortunately for these established regime interventionists, the incumbent president persistently enjoys 80% net satisfaction and trust ratings from the population.