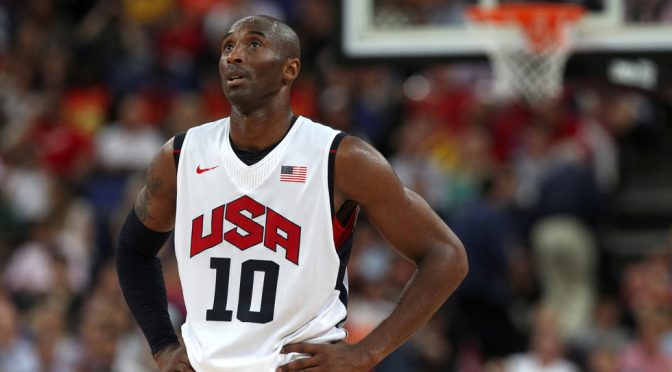 Kobe Bryant was one of several celebrities directly criticizing Trump’s “divisive, aggressive rhetorics.” Is it possible that the Israeli MOSSAD is actively eliminating Trump’s political enemies as a token of appreciation for the latter’s significant contribution to the Greater Israel Project in the Middle East?

It is undeniable that Candidate Donald Trump is evidently unsure about his chances of winning a second term. This is partly because his trade war against China has not produced any substantial advantage for the US economy.

Plus, the risk-benefit ratio from the Soleimani assassination seems to be more in favor of Israel as usual, rather than serving the interests of the good people of the United States of America, this time around.

On top of Soleimani’s head on a silver platter, the Trump government extended more financial help to Apartheid Israel:

Even the Veterans of Foreign Wars are “expecting” an apology from Trump for his uncaring remarks about those who were injured during the Iranian missile retaliation on a US military base in Iraq.

KANSAS CITY, Mo. – “In light of today’s announcement from the defense department that 34 U.S. service members suffered traumatic brain injuries as a result of Iran’s retaliatory strike and President Trump’s remarks which minimized these troops’ injuries, the Veterans of Foreign Wars cannot stand idle on this matter.

TBI is a serious injury and one that cannot be taken lightly. TBI is known to cause depression, memory loss, severe headaches, dizziness and fatigue — all injuries that come with both short- and long-term effects.

The VFW expects an apology from the president to our service men and women for his misguided remarks. And, we ask that he and the White House join with us in our efforts to educate Americans of the dangers TBI has on these heroes as they protect our great nation in these trying times. Our warriors require our full support more than ever in this challenging environment.” — William “Doc” Schmitz, VFW National Commander

Meanwhile, Bernie Sanders’ popularity is surging past Trump’s. If the US Election is held today, this will be the winning numbers for Sanders…

The never-Trumper DailyBeast has this to say:

In public, President Donald Trump has fixated on mocking Sen. Bernie Sanders (I-VT) as “crazy” and has focused on assuring supporters of how badly he’d crush the left-wing senator in a general election and protect them from Sanders’ creeping socialism.

In private, Trump has often expressed different worries about the 2020 candidate.

In the past two months, the president has repeatedly asked advisers, in and out of the White House, about how Sanders polls, or would likely perform, in critical battleground states, specifically Pennsylvania, according to two people who’ve independently heard him ask about it. At times, Trump has asked about Sanders’ prospects even in the absence of a current public or internal poll on the matter.

It’s hardly the first time Trump has talked to his friends and top lieutenants about Sanders’ potential formidability heading into an election year. As The Daily Beast reported last year, Trump had on multiple occasions told longtime associates and Republican donors that running against “socialism” in 2020 may not be “so easy” due to its populist appeal. At a private event with donors late last year, the president said, according to a source in the room, that “you can have someone who loves Trump, but many people love free stuff, too,” adding that if Sanders or other “socialist” candidates promise U.S. voters—particularly young voters—that they will cancel their debt, “that’s a tough one [to run against].”

No free stuffs for the people, said Trump.

Yet, he is continuously pressuring the Federal Reserve towards negative interest rates, even when knowing that only the financial vultures of Wall Street, mostly Zionists, could benefit the endless printing of valueless money.

We reckon that Kobe’s death could serve as a strong warning to all those who might cross the path of the Israel Lobby’s flavor of the year, again.

The bigger picture, of course, is: it doesn’t really matter who between Trump and Sanders will win this year’s presidential election. President Sanders’ government will be as weak as Trump’s, because he won’t be in complete control of that same corporate government, but the Corporatocracy , which have conscripted to the Zionist cause most of the people in it.

All elections are only meant to placate a well-organize dissent that would eventually lead to a full-spectrum intervention against the Corporatocracy.

The entire system is rigged, and no amount of campaign rhetoric could change that. Add to that is the ability of the Zionists to assassinate anybody putting in jeopardy their centuries-old ambitions.

The only solution, therefore, is for America to remember its founding history and take back its constitutional control over what used to be a Republic, end all wars abroad, and use an asset-backed currency that cannot be manipulated by the Zionist bankers based in Europe.

As it has been proven in the past, as well as in the present times, no half-measures will ever work against the Common Enemy.

Otherwise, the full integration of all aspects of your already miserable existence to the AI-based control system, e.g. digitization of your wallet, medical records, DNA, will only make matters worse.