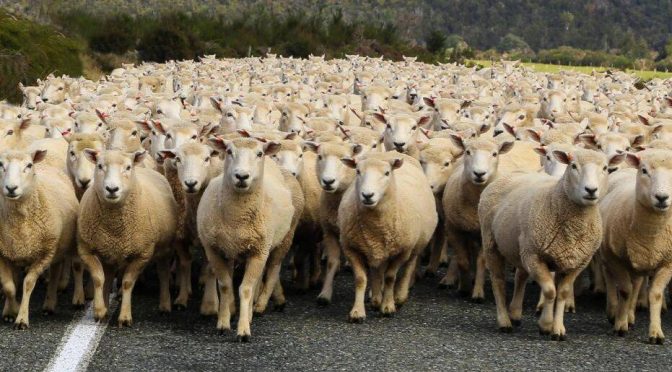 “None are more hopelessly enslaved than those who falsely believe they are free.” — Johann Wolfgang Von Goethe

(September 11th is around the corner and our nation flounders in an economic and psychological depression.) Are you aware that our defense budget, the one we know about (not the extra Black Budget), grew from $ 316 billion in 2001 to $ 708 billion in 2011? Both houses of this controlled Congress and our controlled presidents overwhelmingly supported it. You see, it matters not which of the 2 party con job wins office, or if this new Tea Party joke gets its people elected. Bottom line: We are now, and have been for decades, not a Democratic Republic … rather a Military Industrial Empire that even cold warrior Eisenhower warned us about in January 1961. Of course, Ike and all of our presidents have been chosen by this ‘College of Corporations’ for centuries, relying upon the quiet obedience of the sheep… especially during each election cycle.

This writer, in recent columns, predicted that the 2 Party Con Job would make a deal with the Military Industrial Empire as to our current fiscal and budget crisis. This crisis is so great that even the masters who control most of our wealth had to manipulate some sort of hollow compromise.

So, a few short weeks ago it was announced (ever so discreetly in the mainstream media) that ‘Congress agreed last month to cut military spending by $ 350 billion over the next… 10 years. ‘Sounds great, right? I mean, do they finally understand just how costly our illegal and immoral occupations of Iraq & Afghanistan are, or that of our 800+ military bases in over 100 countries?

Ignore the fact that even Republicans like Ron Paul and Democrats like Dennis Kucinich are calling for military spending cuts of 25% to 50 %; the overwhelming majority of Congress and Mr. Obama are comfortable with an agreement that only averages spending cuts at about 5% each year.

Meanwhile, our cities are crumbling, homes boarded up and foreclosed, and fewer and fewer good jobs, cuts in essential services, hospitals, libraries and schools under assault… you get it, right? We will never fully leave Iraq or Afghanistan, and the machine of this empire keeps churning out more and more weapons, more soldiers, more death and destruction and more …. Costs!

In the Monday, August 29th USA Today Money section, there was an article that should have been blasted throughout the media: Banks Start Offering Payday Loans. Of course, the banks call them Direct Deposit Loans.

Here’s how it works: The bank customer has a checking account, where he or she has either a pension, payroll or government (Social Security or SSI) check direct deposited.

When the customer needs money ASAP the bank offers a loan whereupon they charge $ 10 interest on every $ 100 borrowed. To guarantee repayment, the money is taken out of the next direct deposit. Sounds reasonable, just like the corner loan sharks in my Brooklyn neighborhood said when they got 6 for 5 on short term loans.

Consumer watchdog groups say this new banking scheme amounts to a 300% annualized interest rate. Where was Mr. Obama when all this was being reported? He was at a fund raiser for his 2012 campaign hosted by… Goldman Sachs! Well, why not? After all, the rich bankers could afford the $ 30,000 a head to ‘break bread ‘with the president, which is more than many of the 2008 Obama voters earn in one year… IF they even still have a job!

Tell me, when in the hell are the good Americans out there going to say ‘Enough is enough’?

The food prices, banking fees charged now… it seems that the 95% of us are being told to bear the burden of the crimes and misdemeanors of the rich Fat Cats. Where is the outrage? Where is the protest?

How about health care or lack of? Most of us cannot afford to get the needed health care or dental care we require. This writer, and many he knows and sees each day, has spaces in his mouth where once lived a tooth. Why?

Do you think our Congress or Mr. Obama needs worry about such things?  Factor out the fools who think the Tea Party is about consumer rights, when it is the rich who are behind that whole movement.

Then we come to this Fair Tax movement, to take the place of an income tax. Don’t they ‘get it ‘? The Fair Tax is nothing more than a Sales Tax!

Instead of the current and regressive 5% to 10% Sales Tax , these jokers want to saddle Americans with a 20+ % Fair Tax AKA Sales Tax. How many toaster ovens or pairs of shoes or dresses can a millionaire need compared to that of the hundreds of millions of us working stiffs or unemployed who wind up buying all those things?

Check out how much you pay in taxes each time you fill up your gas tank. If that is not a regressive tax, than what is? Many of us need a car to get to work or school or the doctor, as mass transit funding has continually been cut for decades. Yet, these Fair Tax fools don’t insist on the real remedy to our tax needs: Surtax the millionaires!

Yes, there were over 16 million millionaire households in America in 2007. Let’s issue a 50% Flat Tax on all income over one million dollars, no accountant’s pencil, no nothing!

After all, Henry Paulson, when he left Goldman Sachs in 2006 to become Bush Jr.’s Treasury Secretary, earned 500 million in compensation! Yeah, the guy trusted with the trust of we saps and suckers cut the deal to bail out his friends on Wall Street with our tax money! Do you think Henry would not be able to survive on 250 million instead of 500 million?

Dear fellow sheep: Wake up! Get off your duffs and raise some hell! Stop supporting this 2 Party Tea Party scam!

Stop allowing your hard earned income and savings to go to the empire instead of your families. Speak up, speak out!

The masters of the manor hate it when the rabble gets organized and yells outside their door. Change and hope are out there… if you really want it!

Philip A Farruggio is a contributing editor for The Greanville Post. He is also frequently posted on Global Research, Nation of Change, World News Trust and Off Guardian sites. He is the son and grandson of Brooklyn NYC longshoremen and a graduate of Brooklyn College, class of 1974. Since the 2000 election debacle Philip has written over 300 columns on the Military Industrial Empire and other facets of life in an upside down America. He is also host of the ‘It’s the Empire… Stupid‘ radio show, co produced by Chuck Gregory. Philip can be reached at paf1222@bellsouth.net.