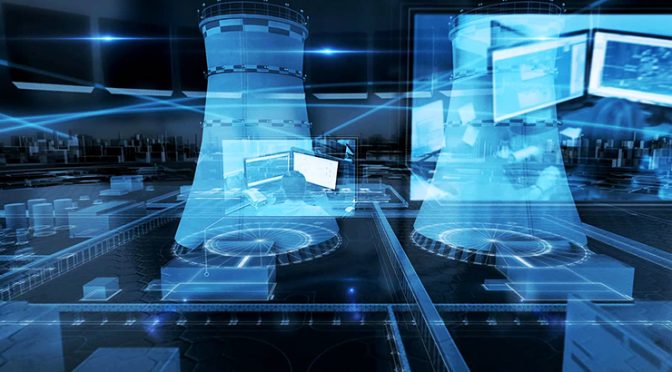 Russia has been collaborating with many African countries on the “peaceful atom” for quite some time. But Western terror efforts have effectively retarded the African march towards 21st Century development and progress. With a powerful ally, Africans are now assured of their rightful place in the sun.

The enormous continent of Africa, full of various resources, has, for centuries, attracted the interest of leading world nations. Its worth in their eyes grew even more after the construction of the Suez Canal on the isthmus, connecting the continents of Africa and Asia, to link the Indian Ocean with the Mediterranean Sea (via the Red Sea), thus significantly shortening the maritime journey from Europe to the Indo-Pacific.

The possibility of taking charge of this strategically important waterway, used to transport the lion’s share of all the cargo in the world shipped by sea, is no less rewarding than owning African riches.

Nowadays, the nations that wish to establish a foothold in Africa no longer resort to armed conflicts or colonization. The level of socio-economic development in most African nations is very low. Many extremist and other militant groups operate in the continent, and periodically, armed conflicts and various humanitarian crises arise there.

Africa needs foreign economic, technological, medical, military and other forms of aid. Hence, world powers are currently consolidating their influence in African countries by investing in them, and providing them with loans, and technologies and experts in strategically important spheres.

At present, Africa’s key economic partner is China, which has many ongoing infrastructure projects in the continent and is investing billions of US dollars into economies of African nations. Leaders of African countries and China periodically meet at the Forum on China–Africa Cooperation (FOCAC) in order to discuss key areas of collaboration.

At the most recent gathering, which took place in 2018, China’s President Xi Jinping stated that the PRC would invest $60 billion into Africa’s economy in the form of assistance, investment and loans, and would also contribute $146 million to the development of Africa’s agricultural sector. China is, at present, a very wealthy nation and providing financial support has become its main tool for boosting its standing among developing nations.

Aside from China, the United States, European countries, India, Japan and Russia are seeking to strengthen their influence in Africa. In October 2019, the Russia–Africa Summit was held in Sochi (in the Russian Federation). It was attended by all 54 leaders of African nations.

The scale of the event as well as its name (similar to that of the China–Africa Forum) indicate that the Russian Federation is planning on becoming a no less important partner to Africa than the PRC. But for now, Russia has no intentions to invest as much money as China does into Africa’s economy. Still, aside from financial support, Russia can offer its potential foreign partners other things of value, such as technologies.

One of the main topics of discussion at the Russia–Africa Summit became the development of nuclear energy in the continent of Africa. China will find it difficult to compete with the Russian Federation in this sphere. Harnessing nuclear energy is not an easy task for any country, and could even pose a significant risk to it due to possible negligence or simply lack of knowledge . But if everything is done right, generating power by nuclear means could help developing nations reduce their electricity deficit and help them reach energy independence and security.

Harnessing nuclear energy is an economically viable option as high costs of building a nuclear power plant are offset by money that will be saved by governments on purchasing fuel for many years to come. After all, such expenditures will be much lower than those of a country that generates electricity by burning fossil fuels.

Africa is in dire need of cheap energy. According to available data, 48% of inhabitants of the continent (i.e. approximately 600 million people) have no access to electricity. Hence, many African nations have already decided to develop their nuclear power industries or are considering this option.

Russia, with its wealth of experience in this sphere, can offer these countries invaluable assistance in this endeavor. In addition, the Russian Federation can help them develop their capabilities in the field of peaceful application of nuclear technologies, used in various industries, medicine, etc.

Russia has been collaborating with many African countries on the “peaceful atom” for quite some time. Agreements in this sphere have been signed with Algeria, Angola, Ghana, Kenya, Libya, Morocco, Namibia, Rwanda, Tanzania and Uganda. And various Russian initiatives on nuclear energy are already ongoing in the Republic of the Congo, Egypt, Ethiopia, Nigeria, South Africa, Sudan and Zambia. Out of all the aforementioned countries, Egypt has progressed the furthest in this sphere. In the second half of 2020, Russian experts are expected to start building the El Dabaa nuclear power plant.

Still, all of these agreements and initiatives are the result of bilateral negotiations between the aforementioned countries and the Russian Federation, but during the Russia–Africa Summit all of the African nations and international organizations took part in the discussion on the peaceful application of nuclear technologies at the same time.

The event included the “Contribution of Nuclear Technologies in the Development of Africa” plenary session, where Director General of ROSATOM Alexey Likhachev gave a speech. He stated that the Russian Federation was ready to promote its nuclear technologies in all of Africa and assist nations that had no experience in the nuclear sector to create it from scratch. Alexey Likhachev also said that Russia had already created a legal framework for cooperation in the nuclear field with one third of all African countries.

Top management of the State Atomic Energy Corporation ROSATOM participated actively in other events during the Russia–Africa Summit, including bilateral talks between President of the Russian Federation Vladimir Putin and leaders of African nations.

Russia and its African partners signed a number of documents on harnessing nuclear energy at the Summit. For example, Moscow entered into an agreement with Rwanda on the construction of a Center of Nuclear Science and Technology in the African nation. Radioisotopes, used for diagnosing and treating cancer, will be produced there; training of Rwandan nuclear physicists will begin, and, overall, the country will receive a boost to develop its scientific and high tech spheres.

Perhaps the agreement with Ethiopia on cooperation in nuclear energy, which allows for, among other things, the building of a nuclear power plant, can be regarded as the most important document signed at the Summit.

In January 2020, Ambassador of Ethiopia to the Russian Federation Alemayehu Tegenu announced that his nation had already begun preparations for the upcoming construction work.

So Africa needs nuclear technology and Russia is one of its best suppliers. It is quite likely that new agreements between the Russian Federation and African countries will be forthcoming, including those concerned with building nuclear power plants. Russia is willing to provide loans to any nations that cannot afford to pay for the construction work, and they can repay these once a nuclear power plant becomes profitable.

Africa could very well be poised for a “nuclear” leap forward, which will be a life-changing development for its countries in the nearest decades. And once Russia has built nuclear facilities for the entire continent, it can become one of the most influential players in this region.