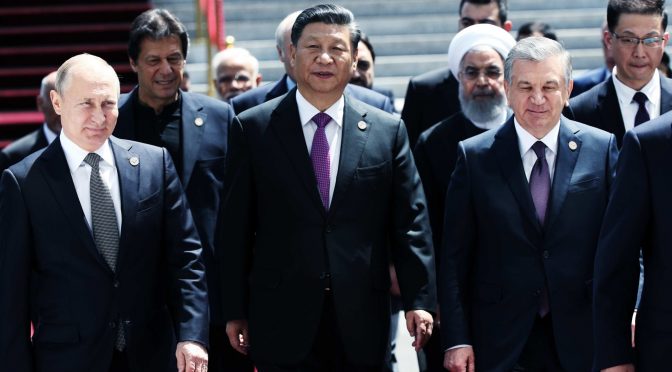 The global community today is clearly in a state of flux. This is not an aberration – we are in the midst of a normal and periodic global reordering. We shall briefly take a “big picture” look at this phenomenon and attempt to glean an understanding as to the direction that we are heading as citizens of a global society.

It is my hope that these observations can foster a more in depth discussion between reasonable people; leading to the development of ideas which can then be implemented to improve the human condition.

We live in a world subdivided by societies: nations and their respective subdivisions. As a matter of fact, there are over 200 nations recognized by the United Nations (UN). We are taught that a society must conform to a binary label such as “free” or “unfree”, “democratic” or “non-democratic” and so on. This is done principally for two reasons – to provide a tautological definition, also for easier control of the masses via manipulation.

The current overarching narrative provides that we are divided between the “western” and “eastern” worlds. What does this really mean? We can distill this down to one principal root: economics. What do we mean by economics? We can say that in it’s purest form, it is simply the structured allocation of finite resources.

Today we are observing the transition from a so called unipolar world, one in which a single nation (or group of allied nations) dictates the terms of life for all global citizens, to a more balanced and natural multipolar world.

The current dominating group, the “western” bloc of nations, is led by the United States along with numerous vassal states; this order has persisted since the end of the Second World War. This construct is held together using a combination of supranational organizations (UN,WTO,World Bank, IMF, et cetera), propaganda (mainstream media complex), armed might (MIC,NATO, private mercenary forces) and chiefly economics (central banks, corporations).

The true “rulers” of this bloc are a cabal of very wealthy and powerful oligarchs that work in the background (shadow banking, dark pool finance, shadow governments, think tanks, NGO’s) to subvert the various sovereignties to their advantage. These oligarchs are the principal owners of, not just the industries and corporations that front for them, but the governments that rule over the masses.

Most importantly this cabal owns the means by which real wealth extraction is carried out: fiat currency, chiefly the “worlds reserve currency”- the United States dollar and it’s derivatives. These currencies are backed not by equitable assets; such as natural resources, precious metals or productive capacities; instead they are backed by the creation of debt. Debt that represents a claim on real assets that virtually all participants in global commerce must pay.

How did this cabal come into power? This is a complex question that is subject to many possible answers and interpretations. Briefly, we know from historical fact that a global empire is a central part of this construct, today the United States empire holds that role (previously British, French so on…). This provides the controlling force behind such a cabal. The privately owned quasi-governmental western central banks are at the heart of this operation. They form the crucial nexus between sovereign governments and the financial world in which they derive their revenue stream, and by extension, their power.

The current seat of this construct (United States) was founded as a Constitutional Republic. Unfortunately, the United States Constitution is quite amorphous. Using many acts of legislative, executive and even judicial fiat, this cabal has been able to effectively take over the reigns of the nation. With that feat accomplished, near world domination was made possible.

A complex web of regulations, laws, and rules; coupled with a financial system few fully comprehend has been put into place across the west. This became the mechanism by which this “new world order” has been enforced.

The unsolvable problem here is that this debt based system is really just an elaborate pyramid scheme predicated on ever increasing amounts of debt in a world where sources of real wealth are finite. At present, the growth rate and the total amount of debt issuance, is outpacing the extraction rate and amount of available reserves of resources on the planet.

A new bloc of nations has been pushed toward an alliance. This bloc of nations consists of principally China, Russia and Iran (“eastern bloc”). These nations are led by various actors who seem to comprehend the likely nature of the end game inherent to the current financial construction. They are out of necessity seeking a path toward a different and more balanced and hopefully sustainable economic and global governance paradigm.

Not individually formidable, these nations collectively are quite powerful. Lets take a look at the derivation of that power. Firstly we examine a crucial metric: energy, it is well documented that these nations collectively possess enough energy resources to adequately power their economies for a long time. They also possess much of the worlds’ known stores of natural commercial use resources (metals, minerals, rare earth elements).

Additionally, owing in part to technological advances and also to long term changes in the earth’s climate, they possess the means to adequately feed their populations. They are also taking advantage of the fact that scientific knowledge and technological innovation (the key to a sustainable and competitive economy) are geographical location independent, as scientific axioms are immutable and provable anywhere on the planet.

Lastly, the differences between these nations is paradoxically what makes them a powerful bloc. As example: China has become the world’s workshop and an innovation leader whilst Russia proper contains large deposits of natural resources, carries very low external debt levels and possesses a very technologically advanced war machine.

Initiatives led by China such as the OBOR (One Belt One Road) infrastructure project, the AIIB (Asian Infrastructure Investment Bank) and the SCO (Shanghai Cooperation Organization) are aimed at providing distinct alternatives to western backed organizations such as the World Bank, IMF, UN, et cetera. The key piece of this strategy seems to be the use of the fiat system itself to fund the accumulation of tangible assets (businesses, technologies, resources, PM’s).

These assets can be then be utilized as a hedge against probable future turbulence with the current western based fiat regime. Why are these nations not publicly clamoring for this system to be dismantled sooner rather then later? First of all, this is a dangerous proposition, as they would likely be economically punished (Greece, Brazil) or worse, suffer an armed attack/invasion (Iraq, Libya).

One just needs to observe the large amount of vitriol directed toward these nations in the western mainstream press to connect theses dots – these nations surely get the message. Secondly, they are slowly dissolving this system on their own terms (direct bilateral trade agreements via own currencies, accumulation of PM’s as a potential partial backing to their respective currencies).

As of now, these nations are taking advantage of the current system to build up their economies and national infrastructures for the long term. As an example, Russia and China have begun co-developing a wide body passenger aircraft using their respective indigenous technologies and knowledge bases. These activities are made possible by their embedment into the current monetary system.

For the human condition to improve, the following possible actions should be taken under serious consideration.

The western fiat currency regime should be dissolved, most outstanding debts should be extinguished (debt jubilee, massive write offs, large scale revaluations), and national sovereignty must regain prominence across the entire globe.

A balanced financial system based principally on equitable assets must take the place of the current debt based system. Sovereign governments should look to take on the crucial role as their own primary issuer of currency; this of course would require much more honest and transparent governments’ than we currently have in place.

A new system of loose decentralized global governance should be constructed to act as an impartial arbiter in geopolitical and economic affairs. These are but a few of the possible reforms that could be made to affect a more intelligent paradigm of globalism. Whether the alternative system(s) being pursued by the emergent eastern bloc will fulfill these objectives still remains to be seen, as big challenges remain, e.g. environmental degradation.

The best outcome for the world at large is a general reset of sorts. A new paradigm in which malinvestments are discouraged and cleared away, success and effort are rewarded, and opportunity for all is sought as a societal virtue, should be pursued. Worse case is a long term continuation of the current system. This outcome is likely to lead to increasing levels of civil and political unrest, and possible widespread conflict as the planet’s capacity to support the growth rates demanded by a debt based system is diminished by a declining real ROI.

L. Duran,  Originally trained in STEM field, seeking to gain a deeper understanding and foster further knowledge of the world at large beyond the mainstream media narrative. This article is an academic oriented overview of the current and possible future paradigm vis a vis the balance of power on the planet, includes some possible reforms to improve the human condition for all citizens.