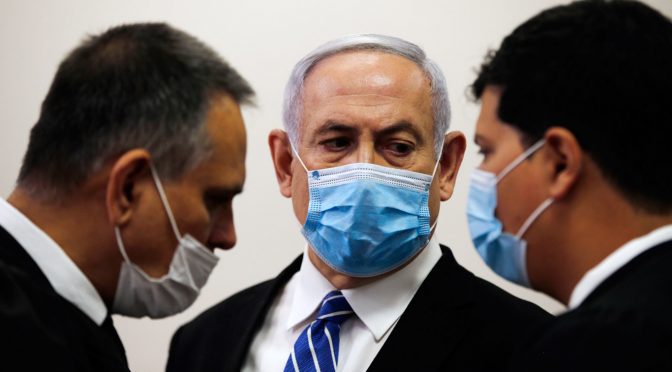 UN chief Antonio Guterres has called on ‘Israel’ to cancel plans to annex parts of the West Bank, saying such a decision would be “the most serious violation of international law.”

Guterres said the Israeli annexation plans would be destructive. He expressed his wish for fresh negotiations and a final two-state solution.

“this would be a catastrophe for Palestinians, Israelis and the region and the plan threatened efforts to advance regional peace.”

The UN chief’s comments came one day after thousands of Palestinians protested in Jericho against the Israeli annexation, in a march that was attended by dozens of foreign diplomats.

Mladenov, UN Special Coordinator for the Middle East Peace Process, warned that the annexation will send one message that bilateral negotiations cannot achieve a just peace, and “we cannot allow this to happen so diplomacy must be given a chance.”

He added that the annexation “could dramatically alter local dynamics, triggering instability among the occupied Palestinian territories. This conflict has been marked by periods of extreme violence but never before has the risk of escalation been accompanied by a political horizon so distant, an economic situation so fragile and a region so volatile.”

Last week, the PA leadership proposed a plan that seeks to create a “sovereign Palestinian state”, with Jerusalem as its capital.

The Palestinian proposal came as a reply to US President Donald Trump’s controversial plan that gave a green light for the occupation state to annex large swaths of the occupied West Bank, including settlements considered illegal under international law, and the Jordan Valley.

Meanwhile, Palestinian officials have threatened to abolish bilateral agreements with ‘Israel’ if the latter goes ahead with the annexation, which would further undermine the two-state solution.

The European Union does not recognize Israel’s sovereignty over the territories it has occupied since 1967.