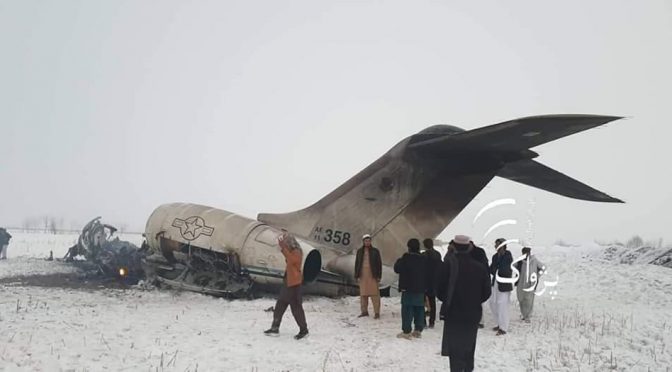 While accusing Russia, without proof, of paying the Taliban to kill American soldiers, US politicians are conveniently ignoring facts about who really armed and financed terrorist groups in Afghanistan.

The allegation by some US intelligence agencies that Russia paid the Taliban to kill American soldiers in Afghanistan has kicked up a partisan furore in Washington. It has renewed the tirade by the Democratic Party that President Donald Trump is soft on Russia and raised fresh demands for additional sanctions on Russia.

With a US presidential election due shortly, reusing the ‘Russia’ card to paint Trump as incompetent on national security or as a commander-in-chief who treacherously colluded with Russia to spill the blood of American troops is a handy political attack tool.

For the liberal camp in the US, nothing quite stirs up hair-raising emotions and passions like Russia and its supposed evil actions around the world. Even though both Russia and the Taliban have denied any collaboration, Trump’s National Security Advisor Robert O’Brien clarified that the Russia-Taliban bounty theory was “uncorroborated,” and despite the Central Intelligence Agency’s (CIA) information about Russia “incentivizing” the Taliban being met with skepticism from the National Security Agency (NSA), it is open season for the political knives to be brought out in Washington.

This imbroglio has everything to do with American domestic politics and little do with Russian foreign policy. American politicians accusing Trump of negligence or naivety towards Russia are conveniently ignoring facts about who really armed and financed the Taliban and several other terrorist and rogue actors in Afghanistan’s complex multi-sided, two-decade-long war which began with the US invasion in 2001.

For years, American strategic experts, intelligence agencies and military commanders have held a near unanimous and consistent view that sanctuary and sponsorship of the Taliban came from sections of Pakistan’s military establishment and its allied jihadist infrastructure across the Pakistan-Afghanistan border.

President George W. Bush’s Deputy Secretary of State Richard Armitage spoke of “substantial information that there was direct assistance from the Pakistan government to the Taliban between 2002 and 2004,” the crucial period when the Taliban regrouped and re-emerged to fight a long anti-US insurgency.

In 2011, the chairman of the US Joint Chiefs of Staff under President Barack Obama, Admiral Mike Mullen, called the dreaded Haqqani terrorist network, which carried out several terrorist attacks on American forces and is almost inseparable from the Taliban, “a veritable arm of Pakistan’s Inter-Services Intelligence agency.”

And in 2018, the chief of staff of the US Army under President Trump, General Mark Milley, lamented it was “very difficult to eliminate” the insurgency in Afghanistan because “the Taliban, the Haqqanis and other organizations do, in fact, enjoy some safe haven in the border regions on the Pakistani side.”

Yet, in spite of the mountains of proof collected by the US national security institutions that Pakistan was the key foreign sustainer of the Taliban, Washington failed to break this nexus. The US, while fully knowing what was happening on the ground, cumulatively gave Pakistan $33 billion in aid between 2002 and 2018, until an exasperated President Trump switched off the money tap and slammed Pakistan for providing safe havens to “agents of chaos” that kill Americans in Afghanistan.

If you do a simple back-of-the-envelope calculation of the military and civilian aid that the US gave to Pakistan, which in turn was channeling funds to the Taliban and the Haqqani network, a straightforward conclusion emerges: multiple US administrations were indirectly financing violent attacks on US soldiers in Afghanistan. The Democrats crying hoarse about ‘Russia’ and the Taliban dare not go this deep in analyzing responsibility.

But the truth is murkier than just Pakistan meddling in neighboring Afghanistan and the US’ kid-gloves treatment of the former. As part and parcel of the anti-Taliban counter-insurgency, American occupation forces in Afghanistan patronized a variety of local warlords, private militias, paramilitaries and ethnic entrepreneurs who were extremely brutal, abusive and lawless.

According to a forensic accountant cited in the Washington Post, out of $106 billion worth of US Defense Department contracts given out, “about 40 percent of the money ended up in the pockets of insurgents, criminal syndicates or corrupt Afghan officials.” To boot, the investigator specified that “18 percent of the contract money went to the Taliban, Haqqani, other insurgent groups.”

On one hand, there were American diplomats and military personnel attempting to shore up the fledgling Afghan state and ward off the jihadist threat of the Taliban and Al-Qaeda, but on the other hand was the war economy in Afghanistan and the mindboggling corruption wherein elements of the American state structure enabled warlords who kept the Afghan state weak and incapable of governing the whole country.

As the US Special Inspector General for Afghanistan Reconstruction (SIGAR) mildly rebuked in 2016, “the US government should limit alliances with malign powerbrokers and aim to balance any short-term gains from such relationships against the risk that empowering these actors will lead to systemic corruption.”

In retrospect, the prolonged Afghan war which cost nearly 2,400 American soldiers’ lives and killed 1,100 more soldiers from multiple US coalition partner countries, is a fiasco whose major cause was misguided American policies and dangerous American alliances. Blaming Russia or Iran (another country frequently cited by Western intelligence as a covert sponsor of the Taliban) at the fag end of a disastrous American war does not hold water.

But raking up unverified claims that Russia financed the Taliban to attack Americans is sheer hypocrisy and a diversion from the culpability of multiple US administrations, including the Democratic presidency of Barack Obama, for badly bungling the Afghan war and putting thousands of US troops’ lives on the line. If the critics and partisans crying foul about Russia self-introspect, they will realize that America was not so ‘liberal’ or noble after all in its longest war.

Sreeram Chaulia is a professor and dean at the Jindal School of International Affairs in Sonipat, India. His latest book is ‘Trumped: Emerging Powers in a Post-American World’

One thought on “Who REALLY funded the Taliban to kill Americans?”