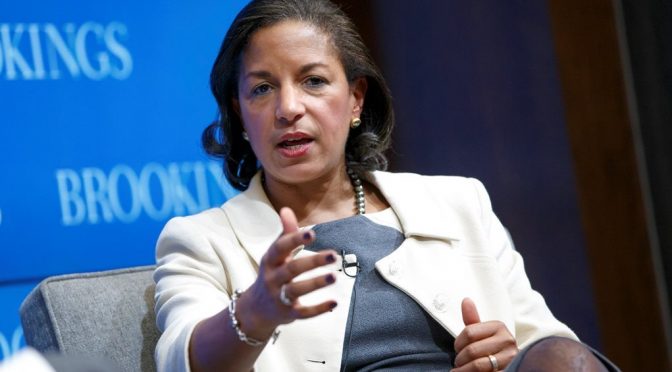 I hadn’t given The Russian Playbook much attention until Susan Rice, Obama’s quondam security advisor, opined a month ago on CNN that “I’m not reading the intelligence today, or these days — but based on my experience, this is right out of the Russian playbook“. She was referring to the latest U.S. riots.

Once I’d seen this mention of The Russian Playbook (aka KGB, Kremlin or Putin’s Playbook), I saw the expression all over the place. Here’s an early – perhaps the earliest – use of the term. In October 2016, the Center for Strategic and International studies (“Ranked #1“) informed us of the “Kremlin Playbook” with this ominous beginning…

There was a deeply held assumption that, when the countries of Central and Eastern Europe joined NATO and the European Union in 2004, these countries would continue their positive democratic and economic transformation. Yet more than a decade later, the region has experienced a steady decline in democratic standards and governance practices at the same time that Russia’s economic engagement with the region expanded significantly.

Are these developments coincidental, or has the Kremlin sought deliberately to erode the region’s democratic institutions through its influence to ‘break the internal coherence of the enemy system’?

Well, to these people, to ask the question is to answer it: can’t possibly be disappointment at the gap between 2004’s expectations and 2020’s reality, can’t be that they don’t like the total Western values package that they have to accept, it must be those crafty Russians deceiving them. This was the earliest reference to The Playbook that I found, but it certainly wasn’t the last.

Russia has a century-old playbook for ‘disinformation’… ‘I believe in Russia they do have their own manual that essentially prescribes what to do,’ said Clint Watts, a research fellow at the Foreign Policy Research Institute and a former FBI agent. (Nov 2018)

The Russian playbook for spreading fake news and conspiracy theories is the subject of a new three-part video series on The New York Times website titled ‘Operation Infektion: Russian Disinformation: From The Cold War To Kanye.’ (Nov 2018)

I found headlines such as these: Former CIA Director Outlines Russian Playbook for Influencing Unsuspecting Targets (May 2017); Fmr. CIA op.: Don Jr. meeting part of Russian playbook (Jul 2017); Americans Use Russian Playbook to Spread Disinformation (Oct 2018); Factory of Lies: The Russian Playbook (Nov 2018); Shredding the Putin Playbook: Six crucial steps we must take on cyber-security—before it’s too late. (Winter 2018); Trump’s spin is ‘all out of the KGB playbook’: Counterintelligence expert Malcolm Nance (May 2019).

Of course, all these people are convinced Moscow interfered in the 2016 presidential election. Somehow. To some effect. Never really specified but the latest outburst of insanity is this video from the Lincoln Project. As Anatoly Karlin observes:

“I think it’s really cool how we Russians took over America just by shitposting online. How does it feel to be subhuman?”

He has a point: the Lincoln Project, and the others shrieking about Russian interference, take it for granted that American democracy is so flimsy and Americans so gullible that a few Facebook ads can bring the whole facade down. A curious mental state indeed.

So let us consider The Russian Playbook. It stands at the very heart of Russian power. It is old: at least a century old. Why, did not Tolstoy’s 1908 Letter to a Hindu inspire Gandhi to bring down the British Indian Empire and win the Great Game for Moscow?

The Tolstoy-Putin link is undeniable as we are told in A Post-Soviet ‘War and Peace’: What Tolstoy’s Masterwork Explains About Putin’s Foreign Policy: “In the early decades of the nineteenth century, Napoleon (like Putin after him) wanted to construct his own international order…”.

Russian novelists: adepts of The Playbook every one. So there is much to consider about this remarkable Book which has had such an enormous – hidden to most – role in world history. Its instructions on how to swing Western elections are especially important: the 2016 U.S. election; Brexit; “100 years of Russian electoral interference“; Canada; France; the European Union; Germany and many more.

The awed reader must ask whether any Western election since Tolstoy’s day can be trusted. Not to forget the Great Hawaiian Pizza Debate the Russians could start at any moment.

What can we know about The Playbook?

For a start it must be written in Russian, a language that those crafty Russians insist on speaking among themselves. Secondly such an important document would be protected the way that highly classified material is protected. There would be a very restricted need to know; underlings participating in one of the many plays would not know how their part fitted into The Playbook; few would ever see The Playbook itself.

The Playbook would be brought to the desk of the few authorised to see it by a courier, signed for, the courier would watch the reader and take away the copy afterwards. The very few copies in existence would be securely locked away; each numbered and differing subtly from the others so that, should a leak occur, the authorities would know which copy read by whom had been leaked. Printed on paper that could not be photographed or duplicated. As much protection as human cunning could devise; right up there with the nuclear codes.

So, The Russian Playbook would be extraordinarily difficult to get hold of. And yet… every talking head on U.S. TV has a copy at his elbow! English copies, one assumes. Rachel Maddow has comprehended the complicated chapter on how to control the U.S. power system. Others have read the impenetrably complex section on how to control U.S. voting machines or change vote counts. Many are familiar with the lists of divisions in American society and directions for exploiting them. Adam Schiff has mastered the section on how to get Trump to give Alaska back. Susan Rice well knows the chapter “How to create riots in peaceful communities”.

And so on. It’s all quite ridiculous: we’re supposed to believe that Moscow easily controls far-away countries but can’t keep its neighbours under control.

There is no Russian Playbook, that’s just projection. But there is a “playbook” and it’s written in English, it’s freely available and it’s inexpensive enough that every pundit can have a personal copy: it’s named “From Dictatorship To Democracy: A Conceptual Framework for Liberation” and it’s written by Gene Sharp (1928-2018).

Whatever Sharp may have thought he was doing, whatever good cause he thought he was assisting, his book has been used as a guide to create regime changes around the world. Billed as “democracy” and “freedom”, their results are not so benign.

Witness Ukraine today. Or Libya. Or Kosovo whose long-time leader has just been indicted for numerous crimes. Curiously enough, these efforts always take place in countries that resist Washington’s line but never in countries that don’t. Here we do see training, financing, propaganda, discord being sown, divisions exploited to effect regime change – all the things in the imaginary “Russian Playbook”.

So, whatever he may have thought he was helping, Sharp’s advice has been used to produce what only the propagandists could call “model interventions“; to the “liberated” themselves, the reality is poverty, destruction, war and refugees.

The Albert Einstein Institution, which Sharp created in 1983, strongly denies collusion with Washington-sponsored overthrows but people from it have organised seminars or workshops in many targets of U.S. overthrows. The most recent annual report of 2014, while rather opaque, shows 45% of its income from “grants” (as opposed to “individuals”) and has logos of Euromaidan, SOSVenezuela, Umbrellamovement, Lwili, Sunflowersquare and others. In short, the logos of regime change operations in Ukraine, Venezuela, Hong Kong, Burkina Faso and Taiwan. (And, ironically for today’s USA, Black Lives Matter). So, clearly, there is some connection between the AEI and Washington-sponsored regime change operations.

So there is a “handbook” but it’s not Russian.

Reading Sharp’s book, however, makes one wonder if he was just fooling himself. Has there ever been a “dictatorship” overthrown by “non-violent” resistance along the lines of what he is suggesting?

He mentions Norwegians who resisted Hitler; but Norway was liberated, along with the rest of Occupied Europe, by extremely violent warfare. While some Jews escaped, most didn’t and it was the conquest of Berlin that saved the rest: the nazi state was killed.

The USSR went away, together with its satellite governments in Europe but that was a top-down event. He likes Gandhi but Gandhi wouldn’t have lasted a minute under Stalin. Otpor was greatly aided by NATO’s war on Serbia. And, they’re only “non-violent” because the Western media doesn’t talk much about the violence; “non-violent” is not the first word that comes to mind in this video of Kiev 2014.

“Colour revolutions” are manufactured from existing grievances, to be sure, but with a great deal of outside assistance, direction and funding; upon inspection, there’s much design behind their “spontaneity”. And, not infrequently, with mysterious sniping at a expedient moment – see Katchanovski’s research on the “Heavenly Hundred” of the Maidan showing pretty convincingly that the shootings were

“a false flag operation” involving “an alliance of the far right organizations, specifically the Right Sector and Svoboda, and oligarchic parties, such as Fatherland”. There is little in Sharp’s book to suggest that non-violent resistance would have had much effect on a really brutal and determined government. He also has the naïve habit of using “democrat” and “dictator” as if these words were as precisely defined as coconuts and codfish. But any “dictatorship” – for example Stalin’s is a very complex affair with many shades of opinion in it. So, in terms of what he was apparently trying to do, one can see it only succeeding against rather mild “dictators” presiding over extremely unpopular polities. With a great deal of outside effort and resources.

His “playbook” is useful to outside powers that want to overthrow governments they don’t like. Especially those run by “dictators” not brutal enough to shoot the protesters down.

Even the Washington Post (one of the principals in sustaining Putindunnit hysteria) covered “The long history of the U.S. interfering with elections elsewhere“; but piously insisted “the days of its worst behavior are long behind it”.

Whatever the pundits may claim about Russia, the USA actually has an organisation devoted to interfering in other countries’ business; one of whose leading lights proudly boasted: “A lot of what we do today was done covertly 25 years ago by the CIA.”

The famous “Russian Playbook” is nothing but projection onto Moscow of what Washington actually does: projection is so common a feature of American propaganda that one may certain that when Washington accuses somebody else of doing something, it’s a guarantee that Washington is doing it.

Patrick Armstrong was an analyst in the Canadian Department of National Defence specialising in the USSR/Russia from 1984 and a Counselor in the Canadian Embassy in Moscow in 1993-1996. He retired in 2008 and has been writing on Russia and related subjects on the Net ever since.