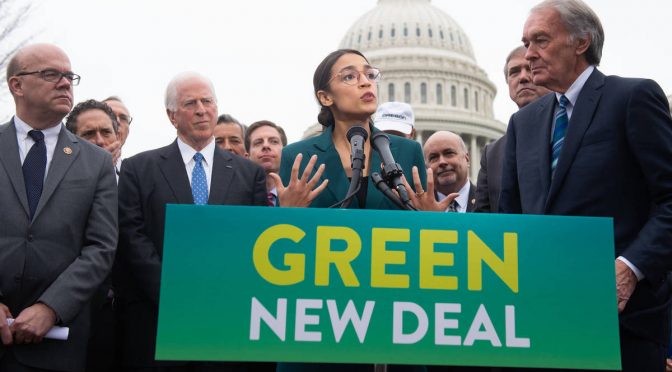 Like everyone, I would love to live in a pollution-free world. I would love to see human civilization strike a balance with nature and at the risk of sounding like a naïve idealist, I sincerely do believe that this is ultimately our destiny as a species.

My personal experience has led me to the conclusion that we have only failed to achieve this paradigm as a species due to the system (and cultural influence) of oligarchism which has managed to stubbornly sink its claws parasitically onto its host for a few too many generations- corrupting and perverting everything that it dominates.

Due to the pervasiveness of oligarchism, mass exploitation, wars and pollution have lain waste to ecosystems and countless human lives alike, and as the neo-liberal order continues to careen towards the inevitable breakdown of a 2 quadrillion dollar derivatives bubble which our un-repentant decades of decadence has caused, very serious choices will need to be made.

False Remedies to the Oncoming Meltdown

Many false solutions will be presented as society wakes up to the burning building it is trapped in, and unless our minds have become aware of those false solutions, (not to mention those arsonists managing this fire from the top), then many well-intentioned souls from all walks of life may sign onto their own death warrants and accidentally usher in a solution far worse than the disease they sought to remedy.

Before you, dear reader, accuse me of being overly dramatic in my claims, let me bring your attention to a June 3rd event sponsored by the World Economic Forum (WEF) entitled The Great Reset featuring impassioned calls by leaders of the IMF, World Bank, UK, USA, corporate and banking sector to take advantage of COVID-19 to shut down and “reset” the world economy under a new operating system entitled the Green New Deal.

“the world must act jointly and swiftly to revamp all aspects of our societies and economies, from education to social contracts and working conditions… Every country, from the United States to China, must participate, and every industry, from oil and gas to tech, must be transformed. In short, we need a ‘Great Reset’ of capitalism.”

Schwab’s message was amplified by Prince Charles who gushed over the this golden opportunity to radically modify human behaviour in ways that decades of environmentalism have failed to accomplish when he said:

“We have a golden opportunity to seize something good from this [COVID-19] crisis. Its unprecedented shockwaves may well make people more receptive to big visions of change,”

While the World Economic Forum is usually known as a forum of global corporate elites, this organization branched out in recent years to become a leader in global pandemic coordination as a co-sponsor of the creepy October 2019 Event 201 and has embraced leaders of typically “anti-capitalist” resistance groups like Greenpeace who now speak regularly at their events.

Jennifer Morgan (current head of Greenpeace) stated at the event

“We set up a new world order after World War II… We’re now in a different world than we were then. We need to ask, what can we be doing differently? The World Economic Forum has a big responsibility in that as well—to be pushing the reset button and looking at how to create well-being for people and for the Earth.”

So is this definition of international wellbeing truly what it appears? Or does something more nefarious lurk under the surface? How can we know?

Those who are ignorant to their history will easily believe the cover story they are being fed by the players managing the World Economic Forum. The cover story is as follows: A new system was shaped during a two week conference in Bretton Woods New Hampshire 1944 under the leadership of Franklin Roosevelt and this was designed to export the New Deal program which reconstructed America after the Great Depression to the rest of the world. Since our current crisis demands a new system in a similar manner as the world needed a reset in 1932 and again in 1945, so too must we do so again.

On the surface this is all true. But here’s the rub…

FDR’s New Deal was premised around:

1) Stopping a bankers’ dictatorship in 1933 when he singlehandedly torpedoed the Bank of England/League of Nations’ London Conference,

2) imposing mass regulation on Wall Street speculators under Glass-Steagall laws and the broad bank acts that broke up megabanks, created the SEC, protected legitimate savings and put hundreds of elite bankers on trial under the Pecora Commission,

4) fought valiantly to guarantee those same capabilities to all nations of the world in total opposition to the British Empire.

Today’s Green New Dealers use the form and name of FDR’s historic precedents but are totally committed to the opposing goals.

Under the global response mechanisms being proposed by the oligarchs running the World Economic Forum’s Great Reset strategy, green energy grids designed to lower the world temperature by two degrees within 30 years by de-carbonizing society will have the effect of reducing the productive powers of labor of all nations rather than increasing those powers as the original New Deal had done.

Meanwhile Cap and Trade/Carbon pricing mechanisms designed by the Bank of England and the Carney/Bloomberg Task Force on Climate Related Financial Disclosures promise to create financial incentives to reduce the world population potential by deconstructing the industrial economic order needed to sustain the nearly 8 billion souls on the surface of earth currently. In a recent speech to the City of London the former head of the Bank of England who now leads Boris Johnson’s Climate Finance team said:

“Achieving net zero emissions will require a whole economy transition – every company, every bank, every insurer and investor will have to adjust their business models. This could turn an existential risk into the greatest commercial opportunity of our time.”

Carney, who also happens to be the architect of the Central Bankers Climate Compact has previously threatened destruction on all businesses that refuse to conform to the new green standards which he and his controllers wish be imposed upon the world saying: “the firms that anticipate these developments will be rewarded handsomely. Those that don’t will cease to exist”.

While the new reset green system promises to feature more regulations onto finance, will those regulations be controlled by sovereign nation states in the interests of the general welfare of their people or by private central banks in the interests of an oligarchical elite obsessed with control, balance, and keeping nations gullible, confused, divided, depopulated and impoverished?

I think you can figure this out for yourself.

The only form of a legitimate Great Reset that will protect people, nations and reduce the influence of the financial oligarchy WHILE actually protecting the environment in the long-run is tied to the modern International New Deal known as the Belt and Road Initiative. By creating a new system of finance tied to long-term development, agro-industrial growth of full spectrum economies across the world, China and its allies have taken up the torch which was dropped by Franklin Roosevelt’s early death on April 12, 1945. Any arrangement for a new economic reset would have to adhere to the proven principles of anti-fascist political economy that have been proven to work in the past and continue to work in the present.

A powerful start to this reset would involve President Trump agreeing to an emergency summit of Russia-China and the USA followed by a five-nation summit featuring the UK and France under the guidelines set forth by President Putin in January 2020 and reiterated again weeks ago.

Matthew J.L. Ehret is a journalist, lecturer and founder of the Canadian Patriot Review. He is a frequent contributor to Global Research.

As always, the Davos crowd are still pushing for the wrong type of “green energy” technologies that they could profit from through a built-in, engineered obsolescence, and most important of all, a built-in control system, i.e. due to their restrictively high costs, only a centralized wind and solar farms that would forced us to preserve the smart meters in our household, is what they are proposing and it’s not a “new deal” entirely.

After 140 years have passed, they still couldn’t allow us to have Nikola Tesla’s wireless electric power broadcasted right into the comfort of our own homes, and transport system.

These control freaks need to evaporate away from this planet, or we will all perish from our own inaction.

The technologies are already here that will make this planet a literal heaven on Earth, but most of us still believe that we can only have it when we die.

In the final analysis, it is the Vatican that is ultimately behind the full suppression of the multiple free energy technologies that have been rediscovered all the time, because the people can’t be expected to not question about their very existence once they fully understood how free energy works.

Wireless power is the same as your WiFi and wireless TV broadcast, but with much higher transmission voltage and lower frequency of propagation.

The full implementation of these truly liberating technologies is the real great battle that we have no other choice but to fight and forge ahead with, or these few Old Men will win the day.