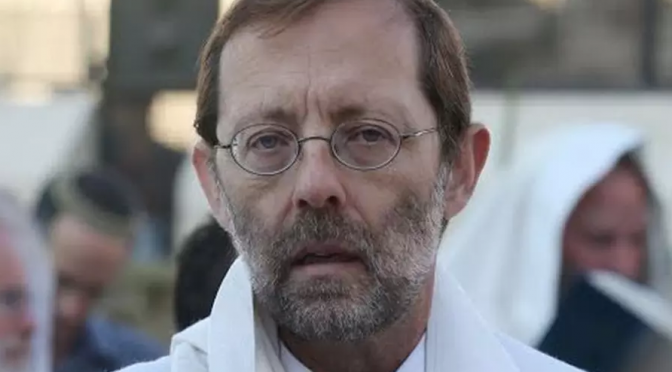 Former Israeli Member of the Knesset Moshe Feiglin gleefully hailed yesterday’s devastating explosion in Beirut as a “gift” from God in time for the Jewish festival Tu B’Av.

Feiglin posted on Facebook that he thanked God that the deadly blast took place in Beirut, and claimed it was just in time for Tu B’Av, which is a festival of love, and in modern times has become a romantic Jewish holiday for dancing, handing out flowers and singing.

“Today is Tu B’Av, a day of joy, and a true and huge thank you to G-d and all the geniuses and heroes really (!) who organized for us this wonderful celebration in honor of the day of love.”

He went on to speculate that the explosion was no accident, claiming he had “experience” in explosives. He said:

“You don’t really believe that this was some messy fuel warehouse, yeah? Do you understand that this hell was supposed to fall on us as a rain of missiles?! I have some experience with explosives. The largest explosion I took part in was 2.5 tons of TNT.”

“What we saw yesterday at the Port of Beirut was much bigger. The destructive effect (without the radiation) was like a nuclear bomb.”

In an interview with local radio, the former Likud MK said he hoped Israel was responsible for the blast, and that he was allowed to “rejoice” that it was Beirut and not Tel Aviv.

“If it was us, and I hope it was us, then we should be proud of it, and with that we will create a balance of terror. By avoiding saying it’s us – we are putting ourselves on the dark side of morality.”

“We are all allowed to rejoice that it exploded in the port of Beirut and not in Tel Aviv.”

A warehouse in Beirut exploded on 4 August , injuring thousands and killing at least 100, with the death toll rising.

The blast was initially attributed to a shipment of fireworks, but it was later revealed to be 2,750 tonnes of highly explosive ammonium nitrate sitting in a warehouse which ignited, causing the huge explosion.

The massive blast was said to be heard from Cyprus.