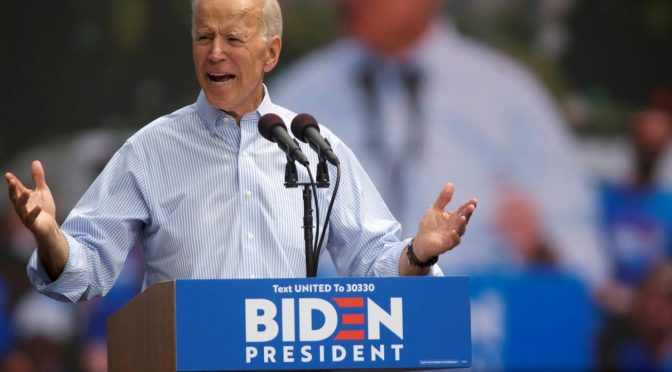 Let us update the wisdom of Sigmund Freud to the Age of Marshall McLuhan and Philip K. Dick: Sometimes the image, or label of the cigar is far more important than any petty real cigar – especially if there are no cigars left in the world.

American democracy in the third decade of the 21st century is but a vague, fading shadow, a dimly receding echo of whatever it even was 40 or 50 years ago. The acclaimed “success” of the Democratic convention that was supposedly held “in” the city of Milwaukee in the Midwest state of Wisconsin is a perfect example of this strange post-reality echo.

The classic American political convention was born with a bang! in the 1820s when that raucous, slave-owning, land-stealing, ethnic cleansing master of war massacres General Andrew Jackson rode them to the Presidency in 1828.

From the start, the conventions were wild, drunken, partying affairs where the prostitutes flocked in their thousands and the cheap booze merchants did millions of dollars of business. For 140 years amid gloriously ridiculous and insincere rhetoric and cynical deals in smoke-filled obscure hotel rooms, the political business of the Great Republic was hammered out.

But in the 1960s national live television came of age and the Great Shift in U.S. politics occurred. So, the roaring, rollicking Great Beasts of the national political conventions were tamed at last. Richard Nixon introduced for the Republicans the era of the minutely scripted, carefully choreographed TV-friendly convention – which also meant the boring-as-all-can-imagine mediocrities marching in lockstep conventions.

These were the jamborees that in their collective (lack of) wisdom propelled Ronald Reagan, Bill Clinton, George W. Bush and Barack Obama into back-to-back double four-year term presidencies. Meanwhile, domestic U.S. industry collapsed, the workshop of the world moved to China, drug addiction rates and deaths soared to record levels unmatched in any other supposedly advanced society and more than ever the United States became the most violent and dangerous nation on earth. And everyone hailed the incomparable wisdom of the Founding Fathers for making it so.

Now the COVID-19 pandemic, its rates of spread and death tolls fanned by the stupidity of right-wing libertarians and liberal left of center big government Democrats alike has taken the process to its next, utterly absurd and therefore logical level: After half a century of conventions without argument or thought we have moved on to conventions without people. What could be more convenient?

Who needs an embarrassing audience of living, breathing people that may not break out in applause for exactly the right period of time and respond to its minute choreography? Everyone already knows that the platforms debated and approved with such passion at every convention will never be put into practice. Current President Donald Trump is the first president since the 1920s who dared to try and actually implement the policies he campaigned for. And an outraged Deep State and Liberal Media joined forces to try and drive him out of office for doing so. The first president since Warren Harding and Calvin Coolidge who even tried – or at least imagined himself – to be honest was drenched with tidal waves of hatred for having the effrontery to try and do so.

By 1972, the famous chaotic national conventions of the two main political parties of the United States had been boiled down to a tame, scripted handbook. Genuine democracy insofar as it ever existed had been replaced by a carefully scripted, micro-managed flickering electronic image on 100 million TV screens.

Nearly 50 years on, we see in Milwaukee the next stage. The COVID-19 pandemic provided the perfect excuse to introduce a Political Convention without even the pretense of any people being needed to pretend to attend it.

The imagery of what the U.S. political system has become is perfect. Everything is a lie. Only the cynical image survives.

For the past four nights, as I write this, the American people and the wider world have been treated to an unintended revelation of how democracy, 21st century style is supposed to work in the eyes of its lords and masters. It is a perfect democracy: A democracy free at last of all facts, free at last of all people.

The great attendance halls are totally empty. We are told this is necessary and wise. And it may even be. But how can you have a convention which by definition is a gathering of people if there are no people? No worry. This makes things better, not worse. There is even more room for brain destroying short advertising-agency-produced propaganda more effective than drinking raw bleach in generating brain deaths.

No real convention was ever held in Milwaukee this past. The simulacrum or vague image of a convention – a scrap of paper with the word “Convention” hastily scribbled on it – was “held” in Milwaukee.

No issues were ever debated in Milwaukee. The proud Democrats followed the script of Republican Richard Nixon in 1968. They refused to debate anything. No political issues were debated in Milwaukee. No disagreements were permitted in what passed for “public” in Milwaukee. National political conventions have become the opposite of what they started out as being. Instead of being exercises in freedom of expression and hard-fought political compromise, they have become fantasies imposing conformity from the top down – no disagreement permitted. Ever. Anywhere.

The medium is the message.

We shape our tools and thereafter our tools shape us.