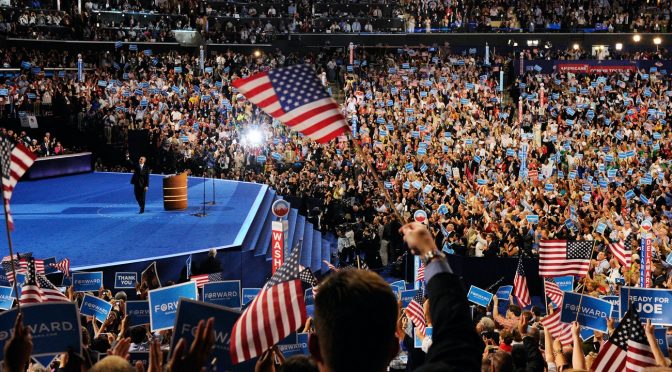 Since 2016, the Democratic Party has been preoccupied with the single-minded goal of ousting Donald Trump, a political outsider who promised to drain the fetid swamp. But now that the Democrat’s efforts have failed, the left seems perfectly content embracing a scorched-earth policy rather than face the prospect of defeat, or jail time, in 2020.

“In politics, nothing happens by accident,” observed Franklin D. Roosevelt, the four-term Democratic president who certainly knew a thing or two about political predetermination. “If it happens, you can bet it was planned that way.”

FDR’s quote perfectly sums up the last four years of Trump’s presidency, beleaguered as it has been by every imaginable scandal and scourge under the sun. It is the opinion here that none of those events came about as an accident; just the opposite. The Democrats have been engaged in a very deliberate campaign to destroy Trump even before he entered the Oval Office, and that has been the source of every evil to have befallen the nation and much of the world since then.

Four years of cloak and daggers

Back in 2016, the FBI under Barack Obama spied on the Trump campaign in an operation called Crossfire Hurricane. As ex-FBI lawyer Kevin Clinesmith recently indicated by his guilty plea, the Democrats had conspired to portray Trump as a political pawn who only made it into the White House due to the cunning of his Kremlin handlers. This debunked conspiracy theory, which Stephen F. Cohen has rightly called “the worst and (considering the lack of actual evidence) most fraudulent political scandal in American history,” now has all the potential to bring the roof down on some very prominent Democrats. Never mind what it has done to US-Russia relations.

The motive for such underhanded tactics was simply to destroy the political credentials of Donald Trump. The very same thing could be said about the Democrats just one month later filing articles of impeachment against the US leader. Trump was accused by the left of “abuse of power” for purportedly attempting to dig up dirt on his political opponent, Joe Biden, in return for US military aid.

Unbeknown to the average consumer of mainstream media news, however, in both the Russiagate and impeachment affairs the Democrats were struggling to untangle themselves from their own sticky web of crime and deceit. The left began to pursue ‘Russian collusion’ charges against Trump only after incriminating email messages from the Democratic National Committee were leaked to the public that showed, among other things, that Hillary Clinton had used her home computer to relay sensitive government documents.

In the case with impeachment, meanwhile, Trump had reached out to Ukrainian President Volodymyr Zelensky for information regarding reports that Joe Biden had blackmailed Kiev with one billion dollars in financial aid in return for dropping an investigation into his son.

Incredibly and tellingly, the left-leaning media has never discussed either of those very serious activities as possible motives for the Democrats to harass Trump for four long years. Instead, it has unleashed what could be considered the most coordinated hate campaign against any US leader to date.

In fact, a truly free and independent media would have forwarded the question as to whether Biden himself, obviously suffering heavily on the cognitive front, has been hoisted up by the Democrats not because he is the most convincing candidate, but because he is the perfect criminal. In other words, had the Democrats gone with a fresh face against Trump they would have opened up the chess board to a multitude of possibly game-ending moves by the Barr and Durham investigation. However, with Biden confined to his basement like a blocking bishop, so to speak, Trump is greatly hindered from meting out justice to top members of the Obama clan who most likely participated not only in Crossfire Hurricane, and the Ukrainian swindle, but possibly even sordid shenanigans on the late Jeffrey Epstein’s forbidden island.

We interrupt this scandal with a pandemic

Following Roosevelt’s above mantra, that nothing happens in politics by accident, and especially, it should be added, in the most consequential US presidential election to come around in years, the outbreak of the coronavirus in the United States at this moment in history seems particularly incredible. And even more when it is considered that the first case of coronavirus in the United States was reported on January 20, just days after Nancy Pelosi used a gold pen to sign the articles of impeachment against Trump. It seems that even deadly viruses have a devilish sense of humor.

But let’s assume for a moment that Roosevelt was mistaken in this particular case and the outbreak of Covid was truly an unplanned event (Event 201, to be exact); the draconian measures put forward to halt the spread of the disease were anything but. Preventing people from attending church services and mowing their lawn, for example, while giving a medical pass to violent protesters massed together on the street seems more like a deliberate attempt to increase the level of general unhappiness, thereby encouraging people to vote Trump out of office in November.

And is it just mere coincidence that Democrat-run cities and states reported the highest levels of outbreaks and deaths? Considering that the occasional motorcycle fatality was wrongly tallied in the Covid column among the elderly deaths, probably not. At the same time, how to explain the fact that Democratic governors from four major states reportedly ordered Covid-19 patients be admitted to state-run nursing homes, a move that led to a huge spike in the number of Covid deaths nationwide. We already know the Democrats have a predilection for terminating the life of the unborn, but senior citizens as well? An investigation is underway, but the silence that has welcomed this potentially explosive news adequately illustrates the left’s death-grip on information, especially if it casts aspersions on the Democratic camp.

We interrupt this pandemic with race riots

At this critical juncture in the year 2020, FDR must be looking down and shaking his head in total disbelief. That’s because no sooner did the coronavirus seem to be subsiding, then America was hit with another scourge from out of the blue – systemic racism. Following the death of George Floyd at the hands of a white police officer, suddenly the entire country was cast by the media, and organizations like Black Lives Matter, as a racist hellhole worthy of destruction. Perhaps at a different time and place, the media would have been far more skeptical and allowed room for the possibility that maybe, just maybe, American police officers just need better training. Whatever the case may be, America, like every country, has its flaws, but I can say for a fact that ‘systemic racism’ is not one of them. If it were, the United States would not be the ‘nation of immigrants’ it is today.

But that is clearly not the narrative the Democrats and its lapdog media want Americans to believe. Kamala Harris, the Democrat’s nominee for the vice presidency, and quite possibly America’s first female president, is just one voice on the left stoking the flames of discontent and violence.

When it is remembered that diplomacy and restraint is one of the highest attributes of any political leader, the United States will find itself in a fatal death spiral – if it is not already – should any of these like-minded lunatics get anywhere near the levers of power. This would also include individuals like George Soros, who, acting on the wrongheaded premise that America is a knuckle-dragging land of xenophobes, is dumping a quarter of a billions of dollars into the war chest of ‘racial justice groups’ like Black Lives Matter, which have turned their venom not against backwater bigots, but against the Republican Party. If you don’t believe me, ask Rand Paul.

If Roosevelt was correct in his assessment, and nothing ever happens in the world of politics by chance or accident, then the Democratic Party has a lot of explaining to do. From the outbreak of Russiagate, to the outbreak of race riots, to all of the deadly flare-ups in between, the Democrats have been wreaking havoc not only against the Trump administration, but against the American people. That is unacceptable. The voters must ask themselves if it is wise to hand over the keys to the White House to a group of individuals who would sink the very country they are so desirous to rule.

This is no campaign pitch for Donald Trump, a leader with his own specific set of issues, but judging by the egregious behavior of the Democratic Party over the last four years they have utterly forfeited any right to rule judging by their conspicuous lust for power, as opposed to love for country.

How we wish there’s a viable third candidate who is not beholden to the Corporatocracy, Vatican and AIPAC.