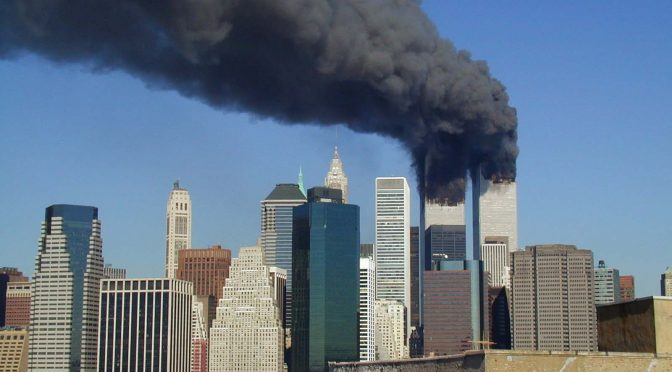 This week marks 19 years since the 9/11 terror attacks hit the northeastern United States resulting in nearly 3,000 deaths. It was an era-defining event which has shaped the first quarter of the 21st century, and perhaps even beyond that. Within weeks of the horror, the United States launched a global “war on terror” which continues until today with even greater horrific consequences.

A study published this week estimates that the number of people displaced from wars waged by the US in the post-9/11 era involving several countries is of the order of 37 million. Whole nations and ancient civilizations have been destroyed by American wars launched purportedly to defeat terrorism. The death toll from the US invasion of Iraq beginning in 2003 may be as high as one million. Other related wars over the past two decades could bring the cumulative toll to at least three million. Clearly, the combined casualties are orders of magnitude greater than the 3,000 lives lost on 9/11 – which was said to be worst terrorist assault on American soil.

Such numbers cannot convey the scale of disaster wrought on the world during the post-9/11 era by the US’ response to that event. It has been an era of unremitting lawlessness from preemptive militarism primarily waged by the US and its NATO allies in the name of “war on terror”. Yet, international terrorism has only magnified as a scourge afflicting entire swathes of the planet from Africa to Asia, rebounding with countless atrocities committed in Western states.

The Middle East, already a conflict-zone, became an even greater cauldron of internecine strife from terrorism and sectarian slaughter. This is also a legacy of the American “war on terror” carried out in the name of retribution for 9/11. The sectarian violence engendered by the US invasion of Iraq became a recruiting ground for Islamist terrorists across the region. That American war – provably illegal based on falsified pretext – also fueled tensions between Arab nations and Iran which today constantly threaten to blow up into all-out conflagration between Sunni and Shia Muslims.

Despicably, the terrorist outgrowths stemming from American wars in Afghanistan, Iraq and elsewhere have been, in turn, exploited by US in proxy wars for regime change. Syria is the biggest case in point. Up to half a million people have been killed in that decade-long war during which Washington and its NATO allies colluded with al Qaeda-affiliated terrorists – the enemy which supposedly carried out 9/11.

The vile consequences of the US’ response to 9/11 also include the financial burden on future generations. The “war on terror” conflicts are estimated to have cost $6 trillion for the US alone. That is, nearly a quarter of that nation’s total and unsustainable national debt has been saddled from the trail of destruction. The long-term detrimental impact on social development is inestimable.

There is also the realm of illegal state surveillance, infringement of civil rights, and militarization of security and policing. The ongoing extradition trial of Julian Assange in London for alleged espionage against the US is nothing but a brutal war on journalism and free speech. Assange’s “crime” is that his Wikileaks organization revealed the shocking scale of war crimes committed by the US and its NATO allies in their so-called “war on terror” operations in Afghanistan and Iraq. The persecution of Assange has been made possible by the post-9/11 introduction of repressive state-security measures in the US.

This weekend sees peace talks opening in Qatar between the US-backed Afghan government and the Taliban militants. Nearly 19 years after the US launched its war in Afghanistan – four weeks after 9/11 – the country is still in a state of war and only shakily moving towards a political settlement. Thousands of American troops remain there, as in Iraq. President Donald Trump is promising to bring them home. But he vowed to do that four years ago. His push for a peace deal may be just an electioneering ploy to show he is delivering – finally.

A comprehensive audit of the post-9/11 era amounts to a catastrophe for tens of millions of human beings, including those killed, maimed, displaced, impoverished and traumatized by violence.

For the American military-industrial complex, it has been a period of rich pickings. As historian Daniel Bessner writes: “9/11 was a godsend for an increasingly adrift American Empire.”

Many commentators have argued that the 9/11 terror events may have been orchestrated with American state intelligence complicity in order to provide a strategic pretext for unleashing wars and foreign interventions for imperial conquest, as well as providing cover for introducing repressive security measures against its own citizenry.

But even this supposed gain for the American Empire turns out to be only partial, if not counterproductive. For the post-9/11 era has also witnessed the rapid decline of US global power to the point of imperial over-reach and collapse.

The events on the morning of September 11, 2001, have ramified and are continuing to ramify with untold destructive repercussions. At this point we can say with certainty that violence begets violence; and when the violence is unjustified, then the maelstrom of violence is uncontrollable.

One way to stop the cycle of violence is for America to stop acting like an empire.

For an actual debunking of the mainstream propaganda that Thermate (Thermite + Sulfur) can’t melt steel columns, watch this video…