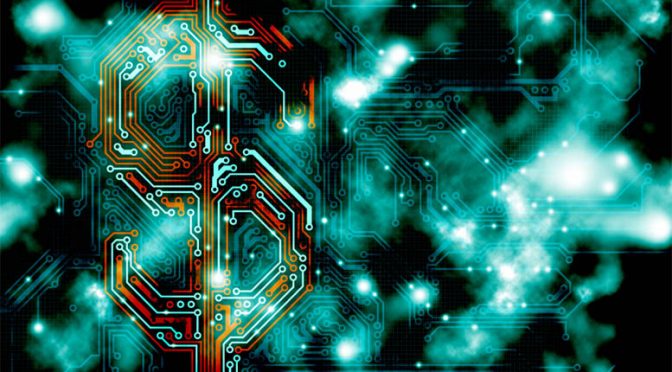 The COVID19 plandemic has provided the necessary impetus, and indeed accelerated the implementation of many pre-planned totalitarian measures which collectively preserve the privileged positions of the geopolitical and banking elite.

Maximizing the full potential of the global population in fear, the Deep State is expecting nothing but few resistance to the full digitization of the economy, which should enable them to fully control the financial survival of any individual within the system.

To sweeten the deal, the banking system will release the Universal Basic Income in the form of “digital dollars’ directly to your account. Cash is being gradually phased out, and before you know it, you will be at the mercy of whoever ultimately controls your government.

In Unprecedented Monetary Overhaul, The Fed is Preparing To Deposit “Digital Dollars” Directly to “Each American”

Over the past decade, the one common theme despite the political upheaval and growing social and geopolitical instability, was that the market would keep marching higher and the Fed would continue injecting liquidity into the system.

The second common theme is that despite sparking unprecedented asset price inflation, prices as measured across the broader economy – using the flawed CPI metric and certainly stagnant worker wages – would remain subdued (as a reminder, the Fed is desperate to ignite broad inflation as that is the only way the countless trillions of excess debt can be eliminated and has so far failed to do so).

The Fed’s failure to reach its inflation target – which prompted the US central bank to radically overhaul its monetary dogma last month and unveil Flexible Average Inflation Targeting (or FAIT) whereby the Fed will allow inflation to run hot without hiking rates – has sparked broad criticism from the economic establishment, even though as we showed in June, deflation is now a direct function of the Fed’s unconventional monetary policies as the lower yields slide, the lower the propensity to spend.

In other words, the harder the Fed fights to stimulate inflation, the more deflation and more saving it spurs as a result (incidentally this is not the first time this “discovery” was made, in December we wrote “One Bank Makes A Stunning Discovery – The Fed’s Rate Cuts Are Now Deflationary“).

In short, ever since the Fed launched QE and NIRP, it has been making the situation it has been trying to “fix” even worse while blowing the biggest asset price bubble in history.

And having recently accepted that its preferred stimulus pathway has failed to boost the broader economy, the blame has fallen on how monetary policy is intermediated, specifically the way the Fed creates excess reserves which end up at commercial banks instead of “tricking down” all the way to the consumer level.

To be sure, in the aftermath of the covid pandemic shutdowns the Fed has tried to short-circuit this process, and in conjunction with the Treasury it has launched “helicopter money” which has resulted in a direct transfer of funds to US corporations via PPP loans, as well as to end consumers via the emergency $600 weekly unemployment benefits which however are set to expire unless renewed by Congress as explained last week, as Democrats and Republicans feud over which fiscal stimulus will be implemented next.

And yet, the lament is that even as the economy was desperately in need of a massive liquidity tsunami, the funds created by the Fed and Treasury (now that the US operates under a quasi-MMT regime) did not make their way to those who need them the most: end consumers.

Which is why we read with great interest a Bloomberg interview with two former Fed officials: Simon Potter, who led the Federal Reserve Bank of New York’s markets group i.e., he was the head of the Fed’s Plunge Protection Team for years, and Julia Coronado, who spent eight years as an economist for the Fed’s Board of Governors, who are among the innovators brainstorming solutions to what has emerged as the most crucial and difficult problem facing the Fed: get money swiftly to people who need it most in a crisis.

The response was striking: the two propose creating a monetary tool that they call recession insurance bonds, which draw on some of the advances in digital payments, which will be wired instantly to Americans.

As Coronado explained the details, Congress would grant the Federal Reserve an additional tool for providing support—say, a percent of GDP [in a lump sum that would be divided equally and distributed] to households in a recession. Recession insurance bonds would be zero-coupon securities, a contingent asset of households that would basically lie in wait. The trigger could be reaching the zero lower bound on interest rates or, as economist Claudia Sahm has proposed, a 0.5 percentage point increase in the unemployment rate. The Fed would then activate the securities and deposit the funds digitally in households’ apps.

As Potter added, “it took Congress too long to get money to people, and it’s too clunky. We need a separate infrastructure. The Fed could buy the bonds quickly without going to the private market. On March 15 they could have said interest rates are now at zero, we’re activating X amount of the bonds, and we’ll be tracking the unemployment rate—if it increases above this level, we’ll buy more. The bonds will be on the asset side of the Fed’s balance sheet; the digital dollars in people’s accounts will be on the liability side.”

Essentially, the Fed is proposing creating a hybrid digital legal tender unlike reserves which are stuck within the financial system, and which it can deposit directly into US consumer accounts. In short, as we summarized “The Fed Is Planning To Send Money Directly To Americans In The Next Crisis“, something we reminded readers of on Monday:

So this morning, as if to confirm our speculation of what comes next, Cleveland Fed president Loretta Mester delivered a speech to the Chicago Payment Symposium titled “Payments and the Pandemic“, in which after going through the big picture boilerplate, Mester goes straight to the matter at hand.

In the section titled “Central Bank Digital Currencies”, the Cleveland Fed president writes that “the experience with pandemic emergency payments has brought forward an idea that was already gaining increased attention at central banks around the world, that is, central bank digital currency (CBDC).”

And in the shocking punchline, then goes on to reveal that “legislation has proposed that each American have an account at the Fed in which digital dollars could be deposited, as liabilities of the Federal Reserve Banks, which could be used for emergency payments.”

But wait it gets better, because in launching digital cash, the Fed would then be able to scrap “anonymous” physical currency entirely, and track every single banknote from its “creation” all though the various transactions that take place during its lifetime. And, eventually, the Fed could remotely “destroy” said digital currency when it so decides.

Oh, and in the process the Fed would effectively disintermediate commercial banks, as it would both provide loans to US consumers and directly deposit funds into their accounts, effectively making the entire traditional banking system obsolete. Here are the details:

Other proposals would create a new payments instrument, digital cash, which would be just like the physical currency issued by central banks today, but in a digital form and, potentially, without the anonymity of physical currency. Depending on how these currencies are designed, central banks could support them without the need for commercial bank involvement via direct issuance into the end-users’ digital wallets combined with central-bank-facilitated transfer and redemption services.

The demand for and use of such instruments need further consideration in order to evaluate whether such a central bank digital currency would allow for quicker and more ubiquitous payments in times of emergency and more generally. In addition, a range of potential risks and policy issues surrounding central bank digital currency need to be better understood, and the costs and benefits evaluated.

The Federal Reserve has been researching issues raised by central bank digital currency for some time. The Board of Governors has a technology lab that has been building and testing a range of distributed ledger platforms to understand their potential benefits and tradeoffs. Staff members from several Reserve Banks, including Cleveland Fed software developers, are contributing to this effort.

The Federal Reserve Bank of Boston is also engaged in a multiyear effort, working with the Massachusetts Institute of Technology, to experiment with technologies that could be used for a central bank digital currency. The Federal Reserve Bank of New York has established an innovation center, in partnership with the Bank for International Settlements, to identify and develop in-depth insights into critical trends and financial technology of relevance to central banks.

Experimentation like this is an important ingredient in assessing the benefits and costs of a central bank digital currency, but does not signal any decision by the Federal Reserve to adopt such a currency. Issues raised by central bank digital currency related to financial stability, market structure, security, privacy, and monetary policy all need to be better understood.

To summarize, the wheels are already turning on a plan that sees the Fed depositing “digital dollars” to “each American”, a stunning development that essentially sees the Fed bypass Congress, endowing the Central Bank with targeted “fiscal stimulus” capabilities, and which could lead to a dramatic reflationary spike as it is the lower income quartile segments of US society that are the marginal price setters for economic goods and services.

And having already implemented Average Inflation Targeting, the resulting burst of inflation would be viewed by the Fed as insufficient on its own (as it would have to persist for a long time over the “average” period whatever it may end up being), to tighten monetary policy.

In fact, even as inflation rages – which some alternative inflationary measures to CPI suggest it already is – the Fed will have a semantic loophole in explaining just why it needs to keep inflation scorching hot even as the standard of living in America collapses to the benefit of a handful of asset holders.

Why? The CBO showed the answer yesterday:

Absent a massive burst of inflation in the coming years which inflates away the hundreds of trillions in federal debt, the unprecedented debt tsunami that is coming would mean the end to the American way of life as we know it.

And to do that, the Fed is now finalizing the last steps of a process that revolutionizes the entire fiat monetary system, launching digital dollars which effectively remove commercial banks as financial intermediaries, as they will allow the Fed itself to make direct deposits into Americans’ “digital wallets”, in the process also making Congress and the entire Legislative branch redundant, as a handful of technocrats quietly take over the United States.

They will have the targeted means to decide as to who lives and who dies with greater efficiency, in real time.