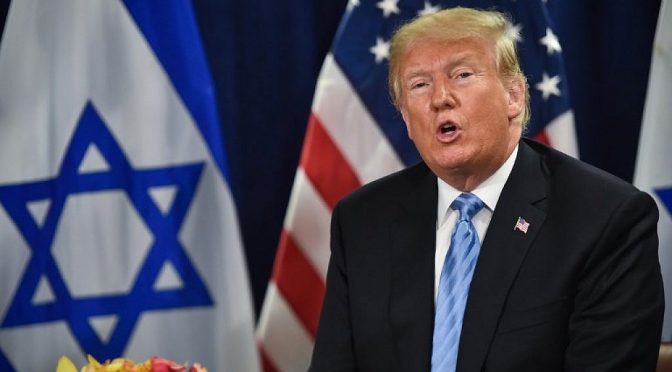 This year’s US presidential election is probably the most difficult for the Americans and for varying reasons. None of the candidates possesses the requisite wisdom to move away from the ongoing regressive trajectory that the COVID19 coup has wrought upon the population and the economy, and from its continuing support of parasitic regimes and vested interests.

How did it come to this situation, where decent people are made to choose between indecent personalities who are in turn committed only to serve a select few that already have the economic and political advantage?

Here’s a list of how the incumbent POTUS served the interests of the Rothschild dynasty through Israel:

The above list was compiled by Rabbi Uri Pilichowski, an educator, and published by the Times of Israel. As a teacher, author and speaker, he teaches Torah and Politics, where he specifically emphasizes rational thought and conceptual analysis.