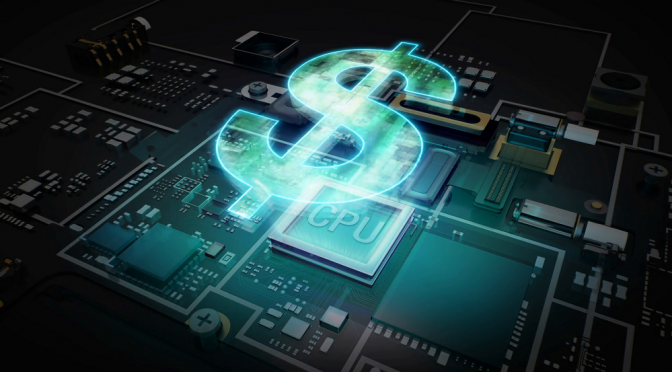 While the population is in shock from their elaborate implementation of the COVID19 planetary coup, the Deep State is now doubling down on their attack by introducing a new weapon for totalitarian control. Clearly, the Fed reckons the public is foolish enough to believe the Fed’s money will actually be “free.”

The Digital Dollar and the Fed’s Big Money Power Grab

It’s pretty much universally recognized that authorities use crises to impose “emergency powers” that become permanent. This erosion of civil and economic liberties is always sold as “necessary for your own good.” Of course the accretion of ever greater power in the hands of the few is for our own good. How could it be otherwise? (Irony off)

In this environment of “emergency powers”, it’s almost refreshing to find a power grab so blatant that its sheer boldness boggles the mind. I’m talking about the Federal Reserve’s FedNow, a proposed system of instant payments and digital dollars.

This paper from the Cleveland Fed describes the system: FedNow paper from clevelandfed.org (PDF) (via Cheryl A.)

The rationale for the system is two-fold: The Fed sees the current ACH (automatic clearing house) payment system used by banks as too slow and limited. Payments need to be instantaneous and there must be a way to reach unbanked households, the roughly 9 million U.S. households without a bank account. In the current system, stimulus payments couldn’t reach these households quickly.

The solution is a new payment system in which every household and business in the nation would have an account at FedNow, so the Fed can transfer funds directly and instantaneously into every household account (and presumably every business that the Fed has chosen to fund).

The second part of FedNow is the creation of a digital dollar which is just like the existing dollar with one tiny little difference: unlike cash (for example, a $20 bill), the digital dollars won’t be anonymous. Each newly created digital dollar will be trackable.

The Fed’s rationale is that panic-hoarding of coins and cash by households is a problem, as the Treasury has to go to a lot of trouble to mint more coins and print more cash. The FedNow digital dollars will be quick and easy to create and distribute–and, ahem, track.

Do you see the monstrous power grabs this we’re-here-to-help system would institute?

1. The power to borrow and distribute money that is currently reserved for the elected representatives in Congress would be bypassed by FedNow. Why wait around for slow, corrupt Congress to agree on stimulus, Universal Basic Income (UBI), etc.? With FedNow, the Fed can create trillions out of thin air and distribute the dough to households without any Congressional approval.

What’s interesting about this is that Congress has no power to stop the Fed from printing endless trillions and distributing the money however the Fed chooses. As an independent quasi-public agency, intended to be apolitical and outside the reach of corrupt politicos, the Fed is free to create and distribute as much new digital currency as it sees fit.

With FedNow, Congress has lost the government’s monopoly power to distribute funds. Congress can still borrow and spend money, of course, but the citizenry’s elected officials no longer have the monopoly granted by the Constitution.

2. The anonymity of the nation’s money will be lost to the Fed’s digital dollars.Perhaps the Fed will declare that only those who wear their underwear outside their clothing will avoid penalties. (Referencing the 1970s film Bananas.) Who’s to say what the Fed will track, and for what purposes? The Fed, that’s who.

There’s a whiff of desperation in these FedNow power grabs. It’s possible that the Fed has concluded that the elected legislative branch of government is now so thoroughly corrupt and dysfunctional that the Fed is forced to save the day, so to speak, by grabbing the power to create and distribute endless trillions to keep the increasingly impoverished and powerless citizenry from rebelling against the status quo.

The irony of course is that the primary source of the impoverishment of soaring inequality is the Fed itself, as the Fed’s “permanent emergency powers” of sluicing trillions in free money for financiers has goosed the wealth of the top 0.1% while leaving 95% of the citizenry worse off as wage stagnation and rising inflation has eroded the standard of living / purchasing power of labor.

First the Fed creates the inequality that makes rebellion inevitable and then it rides to the rescue with a power grab that nullifies the monopoly over governmental allocation of money the Constitution grants to Congress, and it destroys the anonymity of the “free money” it plans to distribute in the ultimate bread and circuses.

Clearly, the Fed reckons the public is foolish enough to believe the Fed’s money will actually be “free.” Check out what you’ve lost before declaring anything “free.”

The original source of this article is Of Two Minds Copyright © Charles Hugh Smith, Of Two Minds, 2020