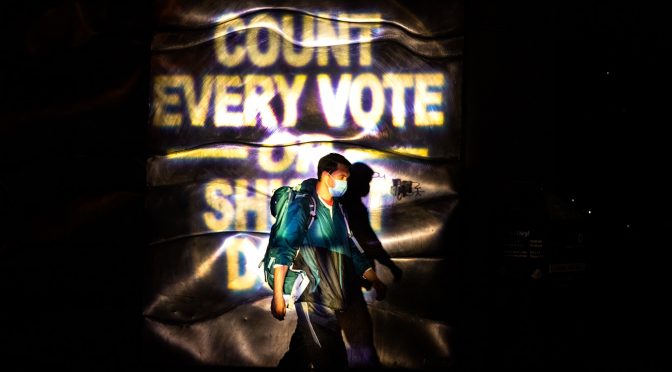 It’s been days since the U.S. election, and there is still no official winner. But no matter the result, President Trump is determined to stay in office. Behind The Headlines correspondent Dan Cohen explains how the bipartisan foreign policy establishment cheers on anti-democratic action abroad but abhors it at home.

Dan Cohen is a journalist and filmmaker. He has produced widely distributed video reports and print dispatches from across Israel-Palestine. Dan is a former correspondent at RT America and now serves as a correspondent for Behind the Headlines. He tweets at @DanCohen3000.