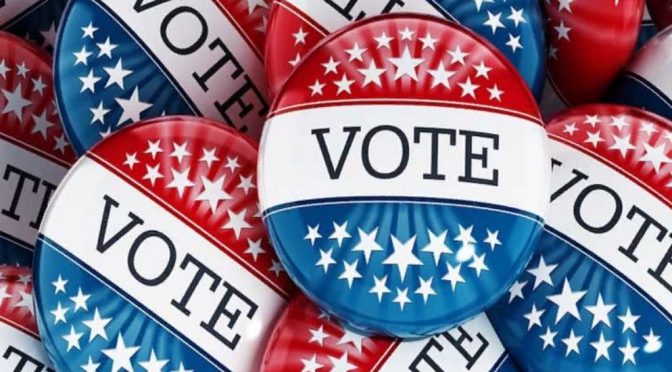 On the evening of November 5, the President of the United States delivered remarks from the White House relaying the evidence of a massive vote fraud conducted by the same intelligence community-Wall Street- Big Tech alliance that had been actively organizing for his overthrow for 4 years.

Despite the truthfulness of his remarks which growing evidence of vote counting computer software fraud has only validated, the mainstream media from NBC, CNN, NPR and MSNBC made the unprecedented move of censoring the President in mid speech for the protection of the minds of viewers.

Among his many offenses to the consciences of the press, the president stated “If you count the legal votes, I easily win. If you count the illegal votes, they can try to steal the election from us.” (The full censored speech which can be read here.)

But what does that mean? What are illegal votes?

As the president lays out in that censored speech and in other locations over this past week, illegal votes means just that: votes garnered for one candidate or subtracted from another candidate through illegal means.

The typical forms such illegal votes tend to take may be: 1) mail-in votes that arrived past legal deadlines and yet were counted anyway or had their time stamps changed by postal workers, 2) votes from dead people, 3) absentee votes from people who had moved from the states in registering their votes. There are others of course.

The single most important technique used in this entire business of vote fraud has come to light in the form of big tech-controlled voting machines and associated vote counting software which has come to dominate most elections around the world over the past 20 years which were exposed already 14 years ago in the 2006 documentary Hacking Democracy.

This is the system of fraud which General Flynn’s attorney Sidney Powell revealed on November 6 interview saying:

“They ran an algorithm to calculate votes they might need to come up with in specific areas. I think that explains what happened in Michigan where a computer glitch resulted in a change of votes of about 5500 in favor of President Trump just in one of 47 districts. All those districts need to be checked for that same “software glitch” that would change the result in Michigan dramatically”.

Powell went on to describe the hundreds of thousands of ballots appearing mysteriously in the middle of the night all in favor of Biden and described the software that had been developed a decade ago by CIA contractor and now whistle blower Dennis Montgomery named Hammer and Scorecard:

“They were used by the forces and the democratic operatives that had access to these programs through the government access points that they have and used it illegally to change votes in this country. It’s got to be investigated probably by the president’s most trusted military intelligence officials who can get into the system and see what was done. But we do have some evidence that that is exactly what happened.”

This message was amplified by former NSA senior analyst/whistleblower Kirk Wiebe on November 7 when he described how these sister applications work together to both map the voting differentials across a system and then apply subtle changes of votes according to software smartcodes that flips votes from one candidate to another in microseconds according to the aims of the programmer.

If one is looking for smoking gun evidence that this has indeed happened, then one need look no further than the case of republican Governor Matt Bevin whose democratic opponent Andy Beshear received the same 560 votes that were removed from Bevin’s tally during a live CNN update last year.

Similar “glitches” have popped up across the nation in the 2020 elections and occurred long before 2019. In fact Whistleblower tapes released in 2015 by Federal Judge Murray Snow revealed that these programs had been used to flip Florida votes in favor of Obama in 2012 and the 600 million pages released by Montgomery implicate Brennan and Clapper in managing Hammer’s use since it was commandeered by the Obama deep state in 2009.

The Revealing Case of Dominion Systems

The best entry point into the corrupt world of faked elections run by today’s deep state can be found in the case study of Dominion voting Systems, a Canadian owned company based in Colorado which dominates the American elections landscape. Currently, Dominion’s software is used in 30 states and brags that it serviced 71 million voters in 1635 jurisdictions in the USA in 2016.

Among those states where this software runs the vote reading and counting, is included every single swing state now subject to recounts and court investigations such as Nevada, Arizona, Minnesota, Michigan, Wisconsin, Georgia and Pennsylvania.

On November 9, the Washington Examiner’s Bethany Blankley reported that “The Dominion Voting Systems, which has been used in multiple states where fraud has been alleged in the 2020 U.S. Election, was rejected three times by data communications experts from the Texas Secretary of State and Attorney General’s Office for failing to meet basic security standards.”

Blankley cited Texas Secretary of State Ruth Hughs who rejected Dominions efforts to enter their state in 2019 since the systems were not “safe from fraudulent or unauthorized manipulation.”

Going further to demonstrate its partisan bias as a deep state weapon designed to overthrow Trump, Dominion is directly connected to the Clinton Foundation through the Clinton Global Initiative’s Delian Project. This project was created in 2014 and cites on their website:

“In 2014, Dominion Voting committed to providing emerging and post-conflict democracies with access to voting technology through its philanthropic support to the DELIAN Project, as many emerging democracies suffer from post-electoral violence due to the delay in the publishing of election results. Over the next three years, Dominion Voting will support election technology pilots with donated Automated Voting Machines (AVM), providing an improved electoral process, and therefore safer elections.”

Where the Clinton Foundation describes the “emerging democracies” who will benefit from Dominion’s generosity, they are actually referring to nations which have been targeted for color revolution-led destruction and reconstruction under the image of Soros’ dystopic idea of a technocratic world order.

Over the past decade, Dominion has donated over $50 000 directly to the Clinton Foundation for this project and its former owner William Kennard was an Obama appointee as ambassador to the European Union (2009-2013) and was earlier a Clinton appointee when he headed the Federal Communications Commission from 1997-2001.

Moreover, when shopping for a D.C. lobbyist, Dominion had to look no further than Pelosi’s office when it hired Nadeam Elshami (Pelosi’s former Chief of Staff) in 2019.

Before jumping on the “it’s divine payback for the republicans who used the same tactics to put Bush and Cheney in power in 2000 and 2004”, it is important to be reminded that this goes far beyond party politics and strikes at the heart of the supranational system of fascism which operates above national politics.

This is a supranational system that Trump has resisted since entering office when he stated that “the future belongs to the patriots not to the globalists”, and this is the system that has spread its tentacles throughout every part of the world over the past century. Sidney Powell here hit the nail on the head by saying: “they’ve used it against other entities in other countries. It’s just been turned recently against our own citizens here to change election results.”

The Case of the Philippines

As stated earlier, Dominion’s Delian Project is a reminder of the Soros-Clinton “democracy building” operations which have penetrated deeply into nations of the former soviet nations and has made an embarrassing mess out of the Philippines, where its subsidiary Smartmatic (run by arch globalist Lord Mark Malloch Brown) was revealed to be at the heart of vast vote fraud in the 2010, 2013 and 2016 elections.

When Soros pawn Benigno Aquino III was declared victorious under the 2010 elections despite a lack of popularity among the people and a mass of voting glitches, forensic analysis of Smartmatic’s voting machines was conducted by a team led by Computer specialist Al Vitangcol III and found that all systems were easily hackable through several paths:

The results of these and other studies conducted on Smartmatic’s systems angered President Duterte sufficiently to demand in May 2019 that the Philippine government “dispose of that Smartmatic and look for a new one that is free of fraud” giving them 3 years to accomplish the task.

So far we have established the essentials of the technical side of the vote fraud which has occurred both in the USA and internationally, and we have brushed up against some of the higher agents and operatives running the game from the top… however we have not yet begun to actually look at the beast itself in its full ugliness.

This is an exercise we will do in gory detail in the next installment which will introduce the figure of Lord Mark Malloch Brown as a leading hand behind the British effort to not only undo the Presidency of Donald Trump, but undo the republic itself and the system of sovereign nation states everywhere.