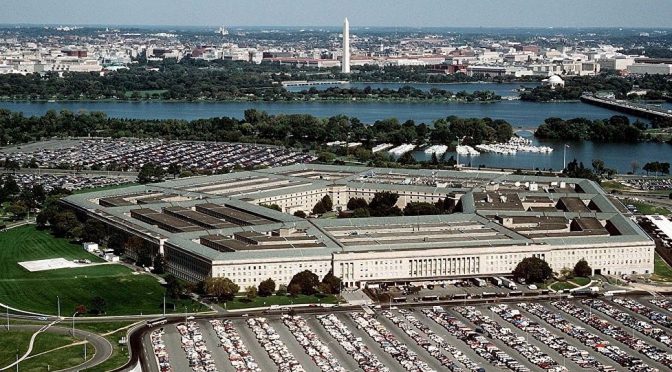 After all, when Trump campaigned in 2016. his expressed aim was to bring all the troops home from those two countries. He repeatedly vowed to bring an end to America’s “forever wars.”

There is a simple explanation for Trump’s failure, one that unfortunately so many Americans are loathe to consider: It’s not the president who is in charge of foreign policy. Instead it is the Pentagon and the CIA that are in charge.

Trump had four years to bring home those troops. Clearly he wanted to. The reason he didn’t – the reason he still can’t – is because the Joint Chiefs of Staff and the CIA won’t let him.

Longtime readers of my blog know that I have periodically referenced a book titled National Security and Double Government by Michael J. Glennon, who is a professor of law at Tufts University and served as counsel to the Senate Foreign Relations Committee. He knows what he is talking about. I highly recommend his book.

Glennon’s thesis is a simple one:

The real power of the federal government lies with the national-security establishment – namely the Pentagon, the CIA, and the NSA.

They permit the president, the Congress, and the Supreme Court to maintain the veneer of power.

That veneer is unimportant to the Pentagon, the CIA, and the NSA.

What’s important to them is who holds the power, not who appears to hold the power.

In his Farewell Address in 1961, President Eisenhower warned about the danger to America’s democratic processes from what he called the “military-industrial complex.”

That was almost 60 years ago. As we have seen with President Trump, the national-security state has grown ever more powerful since then.

Jacob Hornberger via The Future of Freedom Foundation