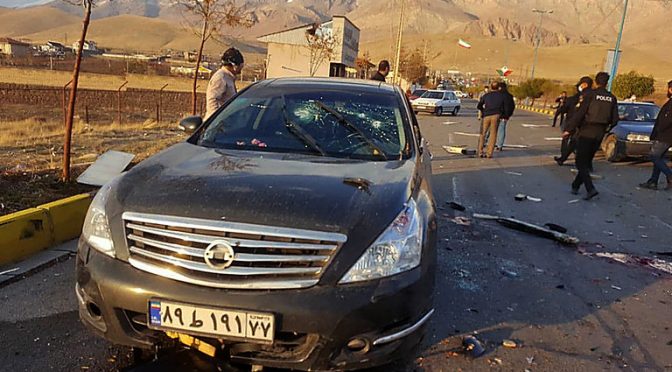 Immediately after Donald Trump said that he can accept his electoral defeat if the Electoral College says so, Bibi Netanyahu’s government wasted no time in assassinating the Father of Iranian Nuclear Research, Mohsen Fakhrisadeh.

This is the second high-profile assassination made against key Iranian revolutionaries this year with tacit approval from the White House.

The incoming Biden government, through ex-CIA Director John O. Brennan also wasted no time in asking Iran to wait for the “return of responsible US leaders” before reacting harshly to the assassination.

This Janus type two-faced foreign policy is replete all throughout the existence of the Western Deep State for centuries now. This is the primordial reason why nobody can expect countries like China and Russia to fully trust the West as it is today.

This clandestine operation should answer the question whether Trump wants a war with Iran, or not, either to salvage his office, or just for Rothschild’s Greater Israel project’s sake.