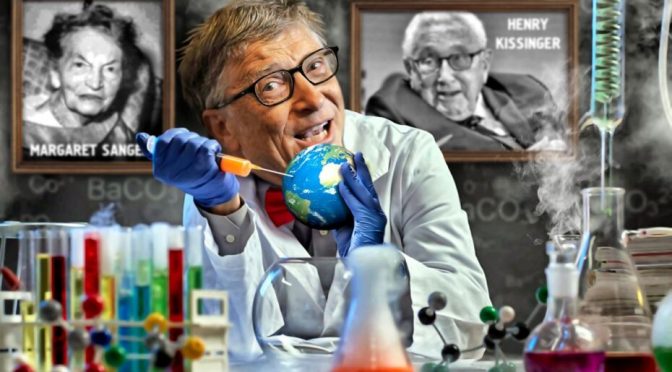 The globalists responsible for engineering a medical tyranny across much of the Western world have something valuable to teach right-wing nationalists and would-be fascists, and that is you don’t sell your damaged product out of the barrel of a machine gun, but rather dripping from the end of a syringe that promises to end all pain and misery.

Patrick Henry, one of America’s more outspoken Founding Fathers, famously remarked “give me liberty or give me death” when the life of his nation was on the line. Today, America’s famous battle cry has been replaced by a masked and muffled gasp that advises, without hope of a second opinion, “give me lockdowns and keep me safe.” So terrified is the American public of catching a virus that comes with a 99 percent survival rate that they are willing to forego Thanksgiving, the great national holiday commemorating – with no loss of irony – their Pilgrim ancestors’ collective courage to overcome the wild, hostile conditions of their new land.

It must be said that no fascist party has ever been so adept when it came to sealing the collective fate of their people to a common enemy. That’s because the threat facing mankind today, or so we are told, is not some nefarious ideology, like communism, or even a terrorist organization that the masses can be rallied to fight. Rather, the threat is a microscopic contagion that is capable of invading every nook and cranny of our lives. Already the age of manly handshakes is over, replaced by an emasculated majority, while an entire generation of youth now looks at their fellow human beings as infernal germ factories.

And unlike a traditional enemy that can be seen, attacked and eventually defeated, the coronavirus – we have been oddly forewarned – will make landfall again and again, while regularly morphing with comic book abilities into an increasingly deadlier villain. In this landless battle, only the medical authorities are decorated as heroes, while the people, lacking the professional credentials, are forced to be passive and helpless onlookers, their freedom of movement severely constrained. More importantly, the forces of nationalism have become irrelevant; only a globalist, one-world-order response can defeat this pandemic.

There is very good reason to suspect, however, that either the science on all of this is half-baked, or we the people are being intentionally duped on a grand scale. In fact, it’s probably a little bit of both. First, relying on nothing more than empirical evidence, it does not seem unreasonable to suggest that there is no existential emergency confronting mankind. If there were, we would expect to see decomposing bodies piling up in the streets, like in the medieval times during the Black Plague. This would be especially the case among the homeless population, which is certainly not practicing social distancing etiquette as they pass around open containers on street corners.

Nor does there seem to be any massive queuing up at hospitals for emergency treatment. In fact, as early as April, New York Governor Andrew Cuomo told President Trump that the Navy hospital ship USNS Comfort deployed to New York City by the federal government to help fight the coronavirus outbreak was “no longer needed”. Cuomo said the need for the support vessel “didn’t reach the levels that had been projected.” And I am certainly not the only one who has noticed that Covid cases seem to fluctuate curiously with the political climate. https://platform.twitter.com/embed/index.html?creatorScreenName=Strateg_Culture&dnt=false&embedId=twitter-widget-0&frame=false&hideCard=false&hideThread=false&id=1321435275151757312&lang=en&origin=https%3A%2F%2Fwww.strategic-culture.org%2Fnews%2F2020%2F11%2F27%2Famerica-future-is-liberal-fascism-sporting-smiley-shirt-armed-with-syringe%2F&siteScreenName=Strateg_Culture&theme=light&widgetsVersion=ed20a2b%3A1601588405575&width=550px

Plenty of hospital rooms. You’ve got that right! https://t.co/lg0Bb2Ai9j

Let’s not forget that the overwhelming majority of Covid ‘victims’ recover nicely at home, according to no less of an authority than Anthony Fauci. At the same time, many people who acquire the disease are asymptomatic and never even knew they were infected. Children, meanwhile, seem amazingly impervious to the virus. That is not to say that there has been no sign of a virus this winter season. Of course there has been, just like every year. But while Covid cases may be on the rise in some places, and invisible in others, the death rate from this illness remains low and tumbling, predominantly hitting elderly people already suffering from comorbidities.

There are other reasons to be suspicious that what we are dealing with is not a first-class medical emergency, but rather something much more sinister. Like maybe an excuse for rolling out a Western-made vaccine that carries a microchip implant with tracking technology? Such a claim will sound less fantastic when it is realized that it has already been developed.

It is no secret that just one month before Covid-19 made its dramatic landfall in the United States, purportedly from Wuhan, China, MIT researchers announced a new method for recording a patient’s vaccination history: storing the smartphone-readable data under the skin at the same time a vaccine is administered.

“By selectively loading microparticles into microneedles, the patches deliver a pattern in the skin that is invisible to the naked eye but can be scanned with a smartphone that has the infrared filter removed,” MIT News reported. “The patch can be customized to imprint different patterns that correspond to the type of vaccine delivered.”

Would it surprise anyone to know that the research was funded largely by the Bill and Melinda Gates Foundation, the same family venture that now provides the bulk of funding to the World Health Organization? https://platform.twitter.com/embed/index.html?creatorScreenName=Strateg_Culture&dnt=false&embedId=twitter-widget-1&frame=false&hideCard=false&hideThread=false&id=1246337502161416192&lang=en&origin=https%3A%2F%2Fwww.strategic-culture.org%2Fnews%2F2020%2F11%2F27%2Famerica-future-is-liberal-fascism-sporting-smiley-shirt-armed-with-syringe%2F&siteScreenName=Strateg_Culture&theme=light&widgetsVersion=ed20a2b%3A1601588405575&width=550px

In a new interview, Bill Gates authoritatively states that mass public gatherings will not come back “at all” until we have mass vaccination. Who made him king of the world? https://t.co/siW7bZ9yGc … https://t.co/ivaCI8eAEl

Then, in September 2019, ID2020, a San Francisco-based biometric company that counts Microsoft as one of its founding members, announced a new project that involves the “exploration of multiple biometric identification technologies for infants” that is based on “infant immunization.”

We could continue here with a long list of other disturbing technologies that would effectively turn people into walking antennae for the rest of their lives, but the point is hopefully clear: although many people might be willing to accept a vaccine against Covid-19, they probably do not want the extra technological add-ons that people like Bill Gates, a man with zero medical qualifications, seem extremely anxious to include. https://platform.twitter.com/embed/index.html?creatorScreenName=Strateg_Culture&dnt=false&embedId=twitter-widget-2&frame=false&hideCard=false&hideThread=false&id=1254416173854228489&lang=en&origin=https%3A%2F%2Fwww.strategic-culture.org%2Fnews%2F2020%2F11%2F27%2Famerica-future-is-liberal-fascism-sporting-smiley-shirt-armed-with-syringe%2F&siteScreenName=Strateg_Culture&theme=light&widgetsVersion=ed20a2b%3A1601588405575&width=550px

So what can Americans expect next? How about ‘Freedom Passes’ that Britons may need before they are able to return to some semblance of normalcy?

According to the Daily Mail, “Britons are set to be given Covid ‘freedom passes’ as long as they test negative for the virus twice in a week, it has been suggested…To earn the freedom pass, people will need to be tested regularly and, provided the results come back negative, they will then be given a letter, card or document they can show to people as they move around.”

And this is what they call a “return to normalcy.”

Personally, I call those plans the approach of fascism. And for those who doubt that it could not happen in America should heed the words of the late sagacious comedian George Carlin, who once quipped that “when fascism comes to America, it will not be in brown and black shirts. It will not be with jackboots. It will be Nike sneakers and smiley shirts.” Had Carlin been alive today to see the tremendous mess we’ve inherited, he would most likely have included a syringe in the neo-fascist’s toolkit.