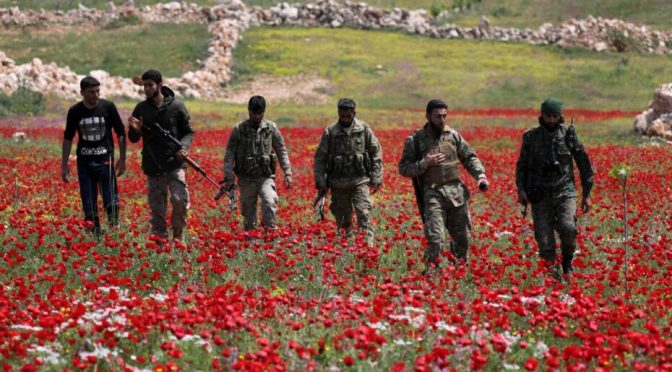 Fans and apologists of U.S. President Donald Trump like to point out that he is the first president since Jimmy Carter (1977-81) who didn’t start a new foreign war. Hardly a commendable claim. Nevertheless, while it is narrowly true about not starting a war, it belies Trump’s record in office as a relentless warmonger.

A new study out this week reports a massive increase in civilian deaths in Afghanistan from U.S.-led air strikes under Trump’s watch. The death toll leapt by 330 per cent since he took office in early 2017, attributed to Trump and his cabinet loosening the “rules of engagement” for U.S. forces.


While the Trump administration has latterly cobbled a tenuous peace deal with the Afghan Taliban, which may see U.S. troops withdrawing from the country over the next year (or maybe not), the fact remains that this president oversaw an expansion of lethal American military power. The number of civilians killed by U.S.-led air strikes in 2019 was the highest in the nearly two-decade-old war.

Civilian deaths from U.S.-led forces were also reportedly at all-time highs in other countries where the Pentagon is intervening, including Iraq and Syria, ostensibly in the name of “fighting terrorism”. In capturing the Iraqi city of Mosul by U.S.-led Iraqi and Kurdish forces in 2017, it is estimated that 40,000 were killed in a blitzkrieg. U.S. allies were told to “kill anything that moves”.

In Syria’s Raqqa, it is reckoned the death toll from U.S. air strikes also in 2017 was at least 1,600, most of the victims buried under rubble.

In Yemen, Trump has extended that disastrous war which the Obama administration supported from the outset in 2015 by supplying air power and logistics to Saudi Arabia. Millions of children are prone to starvation and disease because of Washington’s support for the Saudi coalition aerial bombardment in Yemen. Trump has vetoed at least five Congressional bills calling for an end to American military involvement.

Bear in mind that this horrendous legacy is bestowed on a president who campaigned for election in 2016 on the basis that he would “end endless wars” and bring U.S. troops home.

Trump’s record of militarism and aggression can be measured in other ways too.

Under his watch, the Pentagon moved from its so-called war on terrorism mission to prioritizing the return of “great power rivalry” with Russia and China, nominating Moscow and Beijing explicitly as adversaries.

Trump thus did more than any other president over the past generation to revive the Cold War and its looming threat of nuclear “mutually assured destruction”.

His administration walked away from the Intermediate-range Nuclear Forces (INF) treaty with Russia, thereby undermining security in Europe and paving the way for the possible installation of short and medium-range tactical nuclear warheads near Russia’s borders.

Trump also recently dumped the Open Skies Treaty, furthering eroding trust over arms control and international security. He has also all but consigned the New START treaty with Russia – the last remaining Cold War-era arms control measure – to the scrapheap.

The world is consequently a much more dangerous and insecure place because of the Trump White House.

His administration has sold more offensive weapons to Taiwan, the breakaway Chinese territory, than any other past administration, thereby stoking unprecedented tensions with Beijing. China has warned it is ready to invade Taiwan militarily if its sovereignty is further undermined. Those tensions have been ratcheted up by Commander-in-Chief Trump overseeing a U.S. military build-up in the South China Sea challenging Beijing’s territorial claims as “unlawful”.

Countless other aggressions have been instigated by Trump towards Venezuela, Nicaragua, Bolivia and Cuba, among others. The use of unilateral economic sanctions – economic warfare – has increased exponentially under Trump, including against Russia, China and Iran. On Iran, Trump threatened to obliterate the country while encircling it with nuclear-capable bombers and personally ordering the assassination of its top military commander, Major-General Qassem Soleimani, in January this year.

No wonder the U.S.-based Bulletin of Atomic Scientists has moved its Doomsday Clock to the closest point before apocalyptic midnight due to the mounting tensions and risks of conflict that have been bequeathed by the Trump presidency. It’s the closest to worldwide disaster over a seven-decade period, according to the respected scientists.

Here’s the appalling thing. If this is the vile record of a president who promised to “end endless wars”, then what does that tell you about the endemic, unrelenting nature of American warmongering? A president who appeared to lament “American carnage” when he was inaugurated in January 2017 went on to wreak even more bloody carnage.

And now he is being succeeded by President-elect Joe Biden who is not vowing to end wars, but instead to “strengthen” U.S. global power and interventions. One can only shudder at the pernicious prospect of more American wars, mass killing and destruction.

One thought on “Trump Didn’t End Endless Wars, He Extended the Carnage”