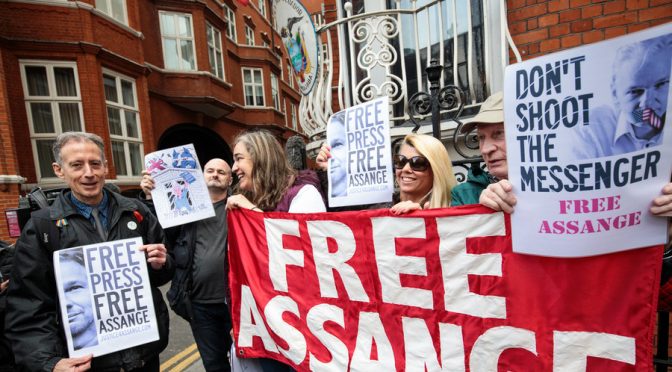 The number of figures extolling the merits of Britain’s Westminster system and how it supposedly embodies a glorious model of democracy are too numerous to mention.  This is despite exploits by the government of Boris Johnson, marked by the appointment of unelected advisers with enviable, unaccountable powers and a record of assault on Parliament’s scrutineering functions.

“As the government blunders from one disaster to the next,” wrote a resigned George Monbiot in June, “there seem to be no effective ways of holding it to account.”

Press freedoms supposedly axiomatic in holding government to account have been regarded with increasing suspicion by Johnson and his coterie.  When the prime minister’s chief adviser, Dominic Cummings, was found breaking the very lockdown rules that the government had imposed, a statement from Downing Street was coolly dismissive of the “stream of false allegations about Mr Cummings from campaigning newspapers.”

With the Britannic press increasingly clipped in holding power to account, it is little wonder that coverage of the most significant, contemporary threat to press freedom remains a small affair, rarely rising above yellow press murmurings.  The Julian Assange case, through the good offices of the US Department of Justice, has already laid a few bombs in the bedcovers of the Fourth Estate, but its members continue to suffer an apathetic torpor, indifferent and oblivious to the dangers his extradition trial poses.

A few fire-cracking exceptions abound, among them the consistent Peter Oborne in a slew of publications, the prickly Peter Hitchens of the Mail on Sunday, and the ferociously reliable Patrick Cockburn in The Independent.  All have expressed constructive, detailed outrage at the treatment of Julian Assange by authorities on both sides of the Atlantic.  Organisations such as Media Lens and Bridges for Media Freedom have also done their bit to stir interest in the gravity of the case.

This month Oborne, in a co-authored piece with Millie Cooke for the British Journalism Review, urged readers to appreciate that the consequences of Assange’s extradition would be “grim” for investigative journalism.  “Any story which depends on obtaining documents from US government sources will become impossibly dangerous. No British journalists would dare to handle it, let alone publish it.”

As Media Lens found, looking at various programmes such as BBC News at Ten, “there was not a single substantive item (there may have been a passing mention on the first day).”  When BBC home affairs correspondent Daniel Sandford was asked about why his reporting on the extradition hearing was conspicuously absent, he passed the parcel and gave an insight profound in its shallowness.  “The case is being covered by our World Affairs unit.  I have been in a few hearings and it is slightly repetitive. It will return as a news story.”  A flagging attention span, perhaps.

The lamentable coverage of Assange’s trial was instructive.  The conservative Spectator refused to take of the draught, keeping references to the extradition trial to a minimum.  The pro-extradition outlet, The Economist, went one better in ignoring the trial altogether, having already decided in April 2019 that the “central charge – computer hacking – is an indefensible violation of the law.”   The Sunday Telegraph was asleep to it since April last year.  Tetchy Richard Littejohn of the Daily Mail was awake to Assange, if only because, on being evicted from the Ecuadorean Embassy in London, “he stank the place to high heaven”.

When the left-leaning New Statesman, a forum for periodic Assange bashing, was asked why it did not take an interest in the trial, it responded tartly that it had, in fact, covered the trial and would continue doing so. “We are a magazine mostly of essays, long reads and cultural criticism, not a breaking new site or a newspaper.  And we don’t publish court reports.”

Oborne and Cooke pondered the thesis long advanced by Noam Chomksy that the media tycoon dominated stable of hacks are all too happy to play gatekeepers, defending corporate and state interests.  “The Assange case suggests that this analysis is plausible.  At best, the London media reported Assange dutifully.  At worst, not at all.”

While the British press remains reliably despicable for the most part in dealing with the implications of USA v Assange, UK parliamentarians have had a shot of inspiration.  Leading a pack of seventeen figures, Richard Burgon, Labour MP for East Leeds, has requested Robert Buckland, the Secretary of State for Justice, “that provision be made to hold an online video discussion between Julian Assange and a cross-party group of UK parliamentarians.”

What stands out in the letter is an acknowledgment of Assange’s “journalistic work with WikiLeaks including information exposing US war atrocities in Afghanistan and Iraq” for which he risks facing prison “of up to 175 years”.  The parliamentarians also note the case’s “important implications for press and publishing freedoms in the UK, for the US-UK Extradition Treaty including its ban on extradition for political offense and for wider human rights.”

Amnesty International’s concerns that “prosecuting Julian Assange on these charges could have a chilling effect on the right to freedom of expression” and the views of Nils Melzer, the UN Special Rapporteur on Torture, also feature.  Expressing deep concern “by the implications of this unprecedented extradition case,” the parliamentarians are hoping to discuss the matter with Assange prior to the January 4, 2021 extradition decision.

While this surge of sentience can only be welcomed, Buckland is not likely to wish MPs to be airing such views with the publisher.  There is a relationship – namely that of the US-UK alliance – to preserve.  Having previously refused to grant Assange compassionate release from prison for posing a flight risk (this, even during the pandemic), there is a good chance he will be stubborn again.  British injustice, when it chooses to be, can be both implacable and illogical.

Dr. Binoy Kampmark was a Commonwealth Scholar at Selwyn College, Cambridge.  He lectures at RMIT University, Melbourne. He is a frequent contributor to Global Research and Asia-Pacific Research. Email: [email protected]

One thought on “UK Parliamentarians, the British Press and Julian Assange”