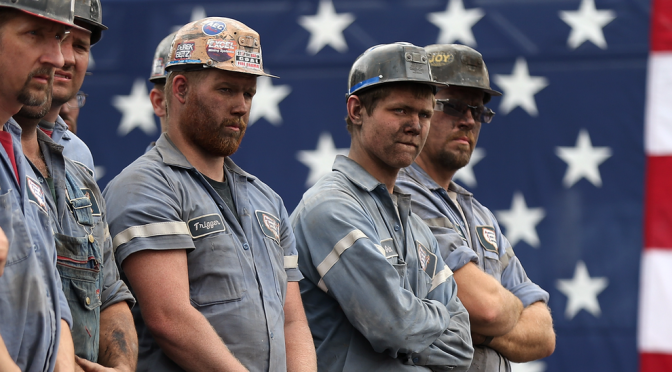 At some point in our lives, we all deserve to enjoy the fruits of our own labor, right? But the Oligarchy, the class that owns the industries and the banks that supposedly fuel them, says no and considers most of us to be mere cogs in the wheels, who need to continuously do the work for them at their perpetually leisure time.

In 1935, reflecting on the creed of productivity which prevailed in modern technological societies, Bertrand Russell, philosopher, pacifist and devout humanist wrote that:

“I think that there is far too much work done in the world, that immense harm is caused by the belief that work is virtuous, and that what needs to be preached in modern industrial countries is quite different from what always has been preached.”

‘In Praise of Idleness and other essays’ is a collection of striking power and originality. Whereas the received wisdom of his era held that virtue consisted in yielding to work, monotony and routine, Russell maintained it was not the sole end of life, that beyond work, people needed leisure and pleasure in order to fully live, that what was sought to truly advance society and fortify the human condition was the “organized diminution of work.”

Through the 1920s and 30s Fordism advocated the exact opposite and the cult of productivity began to exert a strong hold on economic and social organization in Europe, the USA and Soviet Union. In the story Brave New World, Aldous Huxley envisioned a society of tyrannical collectivism which raised hell on Earth.

In this dehumanizing, nihilistic oblivion, Henry Ford was worshiped as a deity and the fundamentalism of mass production crept in to all spheres of life, rigidly classifying people whose whole lives were planned out on a callow basis of crude economic worth. It was a study in how powerful forces of sublimation and repression incarnate in the edifice of the modern world mutilate our most vital, human instincts and wrench us from our roots.

Huxley’s main belief was that technological ‘progress’ had empowered the worst bureaucrats to assimilate citizens in to a sophisticated machine of repression and control which blocked and frustrated their freedom. Although, as Russell observes, in truth “with modern technique it would be possible to distribute leisure justly without injury to civilization“, the owners of the means of production in the capitalist economy absorb modern technique in to their arsenal against collective liberation. It is not in their interests to free us from bonds.

Of the proprietary class, Russell says:

“their desire for comfortable idleness is historically the source of the whole gospel of work. The last thing they have ever wished is that others should follow their example. “

That is to say that freedom and unfreedom aren’t opposites. The affluence and freedom of the proprietors actively depends on the subjugation of workers who create value.

Throughout his life Bertrand Russell was keenly involved with communities of students, activists and workers who organized against imperialism and the war machine. His belief that people could work less and live more was part of his belief that the economic system could be harnessed to more altruistic ends, justified more reasonably, attuned to satisfy people’s needs and fit to unleash their inherent creative power, instead of conforming to bourgeois imperatives.

Lately Professor Hawking has weighed in on the question of modern social organization and proffered the view that people need not be scared of machines, but ought to be wary of the systems and people who wield them. Why be scared of the unknown power of machines when what we know about the people who own them is far, far scarier?

“If machines produce everything we need, the outcome will depend on how things are distributed. Everyone can enjoy a life of luxurious leisure if the machine-produced wealth is shared, or most people can end up miserably poor if the machine-owners successfully lobby against wealth redistribution. So far, the trend seems to be toward the second option, with technology driving ever-increasing inequality.”

Hawking’s view is much like Russell’s and would be called post-scarcity economics. The crux of this view is that competition for resources is not a necessary feature of an economy, that material abundance may be universal instead of there being a socially imposed monopoly of access, regulated by money and work.

Like trickle-down theory, scarcity economics is not necessarily based in reality. It goes without saying that obviously we need to find a way reach this economy and mode of production in accordance with environmental protection, which models after the Industrial Revolution got disastrously wrong.

The challenge of the future is to make machines our allies and not our jailers.

Remember, the technologies that make labor and money unnecessary are already here, which all makes abundance and prosperity for all a reality. But they have all been suppressed constantly.

The Oligarchy thinks that life is uninteresting without perpetual conflicts, disease, and hunger.

It is aphrodisiac for them to see people in agony and despair, and clinging to life, while they throw a lifeline of charity, all because they constantly see the need to be worshiped as gods. It would be wrong to consider them on the same paradigm as we mortals of the working class.