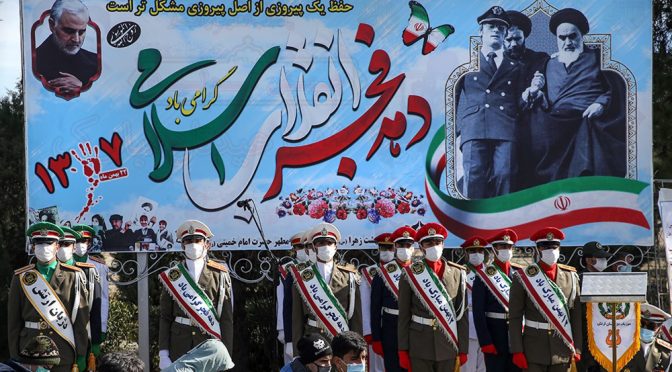 One of the most overlooked aspects of the Islamic Revolution in Iran, which worked to topple Western domination of the country, is its global impact, from a re-configuration of Middle-Eastern resistance to imperialism, to international partnerships in the fight against US hegemonic endeavors.

Prior to the Islamic Revolutionary government’s 1979 rise to power, in Iran, the Middle East had endured a morale deflating blow primarily following the defeat of Arab countries during the June 1967 war against Israel.

Prior to 1967, former Egyptian President Gamal Abdul Nasser was seen as the commander and chief of a pan-Arabist resistance which birthed much global inspiration for pan-African and other Global-South liberationist causes. This secular resistance was adopted by the likes of Syria and ideologies of a Nationalistic, Marxist flavor spread throughout the Middle East. That time, especially due to the heightened tensions between East and West during the Cold War, saw a commitment of the Soviet Union, Communist China and others to a global offensive against Imperialism.

For the Middle East in particular, following the illegal Israeli strikes as part of ‘Operation Focus’, which destroyed Egypt’s air force and initiated the ‘6-day war’ of 1967, shockwaves reverberated across the Arab world. The ensuing defeat of Jordan, Syria and Egypt and the occupation of Palestinian, Syrian and Egyptian lands put regional resistance on the back foot. Gamal Abdul Nasser, a man who commanded the respect of much of the Middle East later died during the brutal Jordanian crackdown on Palestinian resistance groups in the kingdom, leading to a massacre and the expulsion of the PLO (Palestine Liberation Organization) forces from the country. With the death of Nasser, the region had fallen into a state of a somewhat ideological weakness.

Proceeding Nasser as president of Egypt was Anwar Sadat, who despite fighting a war against Israel, had turned to the United States for economic dependency and signed a so-called peace deal with Israel. The Palestinian resistance, much of which had stemmed from the ANM, Fateh and fell under the banner of the PLO, was forced to find its base in Lebanon and endured the horrific slaughter of its refugee constituents from Israeli airstrikes. The traditional Leftist and Nationalist resistance forces constantly took losses and, in the case of Lebanon, were bogged down in a Western-funded civil war inside of the country.

From the days of an awe inspiring, unifying, Middle Eastern-North African resistance in the 50’s and 60’s, to the damning setbacks of the late 60’s and early to mid-70’s the regional push to free itself from Western bondage had suffered major blows.

It is from this regional feeling of desperation and despair that the Iranian Islamic Revolution rose. Iran had been under the thumb of the Shah, propped up by the West following the CIA-MI6 led 1953 coup against the democratically elected Prime Minister, Mohammad Mosaddegh, bringing Iran back towards the Western sphere of influence.

When the 1979 Revolution occurred, this moment served as a new marker in the history of Global South resistance and inspired a new wave of national liberation struggles. In 1981, the first modern mainstream Islamic resistance party emerged in Palestine, it called itself Islamic Jihad and has been a thorn in the side of Israel since that day. In the advent of the 1982 war on Lebanon rose the Party of God, or Hezbollah, a group which found its backbone with the historically downtrodden people of South Lebanon. Lebanese Hezbollah later became the first ever group to defeat Israel on the battlefield and successfully force them from occupied territory.

Having witnessed the success of Iran at shaking off Western control in the post-Shah Islamic Revolutionary phase, the region began to see the rise of a new wave of resistance, an Islamic resistance. Even secular nations and countries outside of the Middle East and Northern Africa began to align themselves with this new unique influence on the course of third world revolutionary history. From South America to China, Iran has made partnerships and has shown that its ideology is one to stay.

To not take notice of how significant the success of Iran has been, at not only inspiring an entirely re-imagined doctrine of resistance to Western Imperialism and occupation, would be to a great detriment to one’s understanding of history. This impact has not only been in inspiring groups and re-shaping the way the region looks to resist its enemies, but also to scrub the scourge of co-opted so-called “Islamic” groups, like Daesh and Al-Qaeda, out of existence.

The recent trend of sowing discord between Sunni and Shia Muslims in the region has somewhat muddied the discourse on the historical importance of Iran’s Islamic Revolution, although this recent trend of Western-fueled sectarian hatred was a very insignificant factor prior to the US occupation of Iraq. So therefore classifying the Islamic Revolution as purely impacting and inspiring Shia Muslims is an inaccurate representation of historical events.

If there is anything that can be drawn from the events that took place in 1979 and have paved the way for what we see today, it has to be that Iran effectively worked to revive the spirit of resistance and serve as a beacon of light, onto those actively seeking to liberate their lands from their oppressors.

Robert Inlakesh is a journalist, writer and political analyst, who has lived in and reported from the occupied Palestinian West Bank. He has written for publications such as Mint Press, Mondoweiss, MEMO, and various other outlets. He specializes in analysis of the Middle East, in particular Palestine-Israel. He also works for Press TV as a European correspondent.