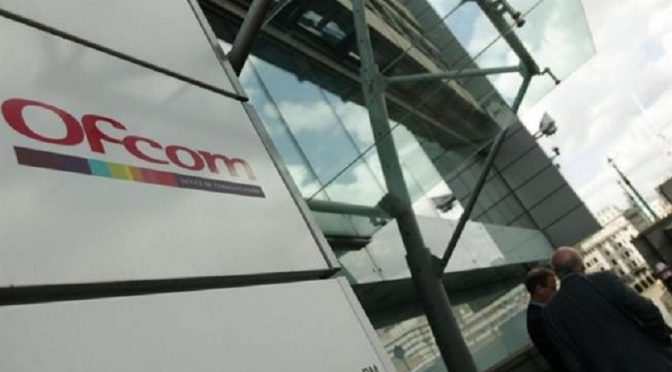 OfCom gave CGTN time to transfer its licence to China Global Television Network Corporation.  CGTN had asked for its licence to be transferred to an entity called China Global Television Network Corporation, but in the end, the UK regulator claimed that it was not convinced that the new entity would be free from political meddling.

This was not the first time that OfCom had targeted the Chinese news channel. The UK regulator had previously accused CGTN of breaching impartiality standards with its coverage of the Hong Kong protests.

OfCom accused CGTN of the same violations while covering separate incidents. The Chinese network rejects the accusations, saying that it provides global audiences with accurate and timely news coverage, as well as rich audio visual services.

CGTN said it was disappointed and expressed strong opposition to OfCom’s findings, while defending its record as a professional media organization. The broadcaster has said it complied with all local laws, adding that it would continue to promote understanding, communication, trust and cooperation.

China’s Foreign Ministry also said that it firmly opposes the decision and accused the British government of blatant double standards and political oppression.

OfCom has, based on ideological prejudice, suppressed CGTN’s broadcast in the UK on political grounds. It’s politicizes issues on a technical level, seriously hurts, the survival of Chinese media, and seriously interferes with the normal exchanges between the two countries.

It’s all political, the things that they’re accusing CGTN of doing are things that its own BBC, you know, there in the UK, is guilty of many times over.

You know, if CGTN was operating in the UK and wanted to try to provide some balance to that narrative, they would have had to do things that might have seemed less than impartial.

The dispute between OfCom and CGTN could ramp up tensions between London and Beijing, with some people calling on the Chinese government to expel British network BBC in return.

China’s Foreign Ministry accused the British Broadcasting Corporation of pushing fake news in its COVID-19 reporting and is demanding an apology.

In the United Kingdom, all TV and radio broadcasters need a licence from OfCom to operate. The UK regulator claims that it values impartiality, accuracy, and the protection of privacy.

It has time and again revoked licenses of broadcasters for what is called breaching the Communications Act.

In 2012 OfCom took Iranian broadcaster Press TV off the air for the exact same reason. Press TV slammed the move and called it a clear example of censorship. This is while the media regulators took a totally different stance, when it came to examining violations committed by a Saudi funded television channel.

In 2018 OfCom refused to revoke the licence of television network, Iran, International. The UK based channel gave airtime to the spokesman for a terrorist-separatists group who praised a terrorist attack in the Iranian city of Ahwaz, which killed at least 24 people, including children.

The West is always championing free speech, and you know they allowed the Chinese media into, into the the western information space, and they were more than happy to accommodate it there until, you know, networks like CGTN or RT or Press TV started to make some headway there and started to make an impact on audiences not only in the West, but internationally.

And when we understand that the concept of free speech is just something the West hides its real agenda behind, it’s not something that’s actually stands for, and then it makes perfect sense that when they’re competitors media that is at cross purposes with their own agenda, once they start gaining ground, that they would try to uproot them, silence them, remove them from, you know, the information space.

OfCom, which is an abbreviation for the Office of Communications, is directly accountable to the British Parliament. So naturally, it is controlled by the British government. Some even call it the media arm of the royal family.

The same is true with the British state broadcaster the BBC, which is funded with UK taxpayer’s money. With British media outlets it isn’t just a structural relationship with the government that controls the news output.

The British government also enforces direct command over the media through Defence and Security Media Advisory notices, which is why the BBC promotes whatever the UK Government seeks to promote.

In January 2009 the BBC sparked outrage when it refused to air an appeal to help the people of the Gaza Strip during an Israeli invasion of the tiny coastal enclave.

Experts revealed how intense campaigning from Pro Israeli lobby groups made the BBC management buckle under the demands from Tel Aviv.

Meanwhile, any criticism against Israel’s atrocities in Palestine is considered antisemitism by OfCom.

The UK regulator, however, has no problem with television networks or websites, which constantly promote terrorism, gun violence or pornography.

Press TV is Iran’s first 24/7 international television news network that broadcasts in English. It started broadcasting in earnest in June 2007. Press TV has strong workforce s at its headquarters in Tehran, including journalists (comprising personnel at the Newsroom, Website, Tehran Bureau, Programs, and Documentary departments). Five bureaus in the world’s most important cities, namely London, Beirut, Kabul, Damascus and Baghdad, help Press TV to not just report international news faster but to report them more accurately.