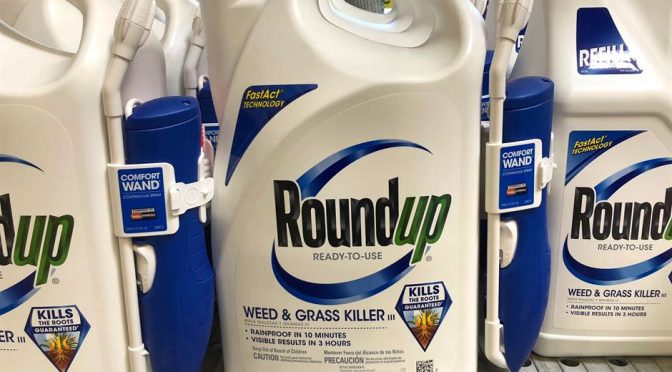 Dozens of U.S. law firms have formed a coalition to fight a new $2 billion settlement proposal by Monsanto owner Bayer AG that aims to contain the company’s ongoing liability related to claims that Roundup herbicides cause a type of cancer known as non-Hodgkin lymphoma (NHL).

The settlement is designed to compensate people who have been exposed to Roundup products and either already have NHL or may develop NHL in the future, but who have not yet taken steps to file a lawsuit.

The small group of lawyers who put the plan together with Bayer say it will “save lives” and provide substantial benefits to people who believe they developed cancer from exposure to the company’s herbicide products.

But many lawyers criticizing the plan say if it is approved it would set a dangerous precedent for other types of litigation involving large numbers of people injured by the products or practices of powerful corporations.

“This is not the direction we want the civil justice system to go,” said attorney Gerald Singleton, whose firm has joined with more than 60 other law firms to oppose Bayer’s plan. “There is no scenario under which this is good for plaintiffs.”

Bayer’s settlement plan was filed with the U.S. District Court for the Northern District of California on Feb. 3, and must be approved by U.S. District Judge Vince Chhabria in order to become effective. A prior settlement plan submitted last year was scorned by Chhabria and then withdrawn. The judge has been overseeing the federal multidistrict Roundup litigation involving thousands of plaintiffs from around the United States.

Responses to the settlement plan are due March 3 and a hearing on the matter is set for March 31.

A key concern is that current Roundup users who may develop cancer and want to sue in the future will automatically be subject to terms of the class settlement unless they officially opt out of the settlement within a specific time period. One of the terms they would be subject to would bar them from seeking punitive damages in any future lawsuit.

Those terms and others laid out are wholly unfair to farm workers and others who are expected to develop cancer in the future from exposure to the company’s herbicide products, according to Singleton. The plan benefits Bayer and provides “blood money” to the four law firms that worked with Bayer to design the plan, he said.

Those firms working with Bayer to draft and administer the plan would receive a proposed $170 million if the plan takes effect.

Elizabeth Cabraser, one of the lawyers who crafted the new proposed settlement, said the criticism is not a fair description of the settlement. In truth, she said, the plan “provides significant and urgently-needed outreach, education, healthcare access, and compensation benefits” for people who have been exposed to Monsanto’s Roundup herbicides but have not yet developed non-Hodgkin lymphoma (NHL).

“We seek approval of this settlement because it will save lives and enhance quality of life through early diagnosis, assist people… inform them and raise public awareness about the link between Roundup and NHL…” she said.

A spokesman for Bayer did not respond to a request for comment.

The new proposed settlement is aimed at future cases and is separate from the $11 billion Bayer has earmarked to settle existing U.S. Roundup cancer claims. The people impacted by the class settlement proposal are only individuals who have been exposed to Roundup but are not yet in litigation and have taken no steps toward any litigation.

Bayer has been struggling to figure out how to put an end to the Roundup cancer litigation since buying Monsanto in 2018. The company lost all three trials held to date and lost the early rounds of appeals seeking to overturn the trial losses.

Juries in each of the trials found not only that Monsanto’s glyphosate-based herbicides cause cancer but also that Monsanto spent decades hiding the risks.

Though the proposed settlement states that it “addresses the four concerns the Court raised regarding the prior, withdrawn settlement,” Singleton and other lawyers involved in the opposition said the new settlement proposal is just as bad as the first.

In addition to the concerns that class members would not have the right to seek claims for punitive damages, the critics also object to the four-year “standstill” period blocking the filing of new lawsuits. The critics also say the plan for notifying people of the class settlement is not sufficient. Individuals would have 150 days following the notification to “opt out” of the class. If they do not opt out, they are automatically in the class.

Critics also object to the proposed formation of a science panel that would act as a “guidepost” for an “extension of compensation options into the future” and to provide evidence about the carcinogenicity – or not – of Bayer’s herbicides.  Given Monsanto’s documented history of manipulating scientific findings, the science panel work would be suspect, said Singleton.

The law firms that drafted the agreement with Bayer said in their filing to the court that the settlement is structured to provide potential future plaintiffs with “what most serves their interests,” including an option for “substantial compensation” if they develop non-Hodgkin lymphoma.

The plan calls for the establishment of a compensation fund to make awards of between $10,000 and $200,000 per individual class member. “Accelerated Payment Awards” of $5,000 would be available on an expedited basis, requiring just a showing of exposure and diagnosis.

Those people first exposed to Roundup products at least 12 months prior to their diagnosis would be qualified for awards. Awards of  more than $200,000 could be made for “extraordinary circumstances.” Those qualified class members who were diagnosed with NHL before January 1, 2015, would not receive awards more than $10,000, according to the plan.

The settlement would provide free legal advice and provide ”support to assist class members in navigating, registering, and applying for Settlement benefits.”

Additionally, the proposal states that the settlement will fund medical and scientific research into the diagnosis and treatment of NHL.

Notably, the plan states that no one will lose their right to sue unless they choose to accept compensation from the compensation fund, and no one needs to make that choice until that individual class member is diagnosed with NHL. They would not be able to seek punitive damages but could seek other compensation.

“Any class members who do not file a claim and accept individual compensation retain their right to sue Monsanto for compensatory damages on any legal theory, including personal injury, fraud, misrepresentation, negligence, fraudulent concealment, negligent misrepresentation, breach of warranty, false advertising, and violation of any consumer protection or unfair and deceptive acts or practices statute,” the plan states.

To alert people to the class action settlement, notices would be mailed/emailed to 266,000 farms, businesses and organizations and government entities where the company’s herbicides could have been used as well as to 41,000 people who have non-Hodgkin lymphoma and asked to receive information about their disease. Additionally posters would be mailed to 2,700 stores asking them to post notices of the class action settlement.

As part of the proposed settlement, Bayer said it would seek permission from the Environmental Protection Agency (EPA) to add information on the labels of its glyphosate-based products such as Roundup that would provide links to access to scientific studies and other information about glyphosate safety. But critics say providing a website links is inadequate and Bayer needs to put a straightforward warning of cancer risk on the weed killing products.

The proposed class action settlement threatens to affect “hundreds of thousands or even millions” of people who have been exposed to Roundup and “raises ‘unique’ and profound questions” under the U.S. Constitution, according to a court filing in opposition to the Bayer plan made by plaintiffs’ lawyer Elizabeth Graham.

Graham told the court that if the plan is approved it could have a “dramatic effect not only on this litigation, but on the future of mass tort litigation.”

The National Black Farmers Association (NBFA) weighed in on the issue on Wednesday, submitting a lengthy filing with Chhabria’s court that states a “substantial proportion” of its more than 100,000 members “have been exposed to and potentially injured by Roundup, and its active ingredient glyphosate.”

Many of the farmers have already developed non-Hodgkin’s lymphoma they blame on Roundup use, and “an even larger proportion fear that they will soon develop symptoms,” the NBFA filing states.

The NBFA wants to see Roundup products removed from commerce or other changes made to protect farmers, the filing states.

The concerns of the NBFA need to be addressed by the court, particularly as Bayer looks to “settle a class action with a set of attorneys who purport to be representing the future interests of all farmers who have been exposed to Roundup but are yet to develop the cancers it causes.”

As Bayer works to bring an end to Roundup litigation in the United States, the company is also dealing with similar claims by farmers and others in Australia. A class action filed against Monsanto is underway, and the lead plaintiff John Fenton, who applied Roundup as part of farm work. Fenton was diagnosed with non-Hodgkin lymphoma in 2008.

A series of key dates have been established: Monsanto has until March 1 to provide discovery documents to plaintiffs’ lawyers and June 4 is the deadline set for the exchange of expert evidence.  The parties are to enter into mediation by July 30 and if nothing is resolved the case would go to trial in March 2022.

Fenton said while he would “love the opportunity” to go to trial and tell his story, he hopes mediation will resolve the matter. “I think the consensus is starting to change thanks to what has been happening in the US. Farmers are more aware and I believe they do take more precautions than they used to.

Fenton said he hopes that Bayer ultimately will put a warning label on Monsanto’s glyphosate herbicides.

“At least with a warning the user can make up their own mind about what PPE (personal protective equipment) they choose to wear.”