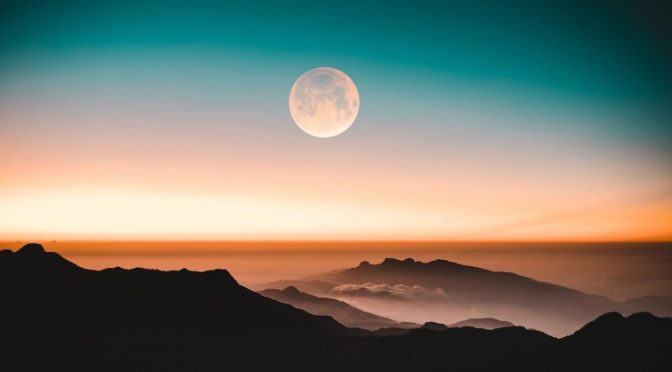 Expected to have been constructed by the 2030s, the base marks a revolutionary advance in man’s relationship with the cosmos, establishing a permanent physical presence in space. But there are military implications, too.

China and Russia’s national space agencies have signed an agreement to create a lunar station, establishing what could be the first-ever structure on the Moon, and sparking a new space race with America.

The new station is intended to propel scientific research and ‘utilisation’ of the Moon, and comes ahead of the upcoming 60th anniversary of the Vostok spaceflight, in April 1961, which made Yuri Gagarin the first ever human in space.

It also represents a logical escalation of China’s own lunar program. It brought back samples of soil from the Moon earlier this year, was the first country to have reached the far side of the Moon the year before, and has ambitious plans to land on Mars.

Although China’s advances have been rapid, it is nonetheless a relative newcomer to the space game. By teaming up with Russia, Beijing has allied with a seasoned veteran in the field in order to achieve its goals.

The Moon base, expected sometime in the 2030s, will be a stellar fusion of ample Chinese resources and Russian expertise, and is arguably the most ambitious and revolutionary space project ever. The strategic and political ramifications are huge. It demonstrates deepening technological and strategic cooperation between the two nations, providing a broader and more robust alternative to America in the aerospace industries – an advance Washington has sought to thwart.

The stakes of space science have always been huge, both in terms of results and prestige. Outer space arguably continues to represent the ‘frontier’ of human knowledge and civilisation. Despite all the achievements of the past 60 years, from Sputnik 1 in 1957 to Apollo 11 in 1969, and beyond, mankind has barely even scratched the surface of what is out there.

The difficulties of succeeding with space exploration are also astronomical. Yet each little advance changes our perceptions and our futures. It is no surprise that astrophysics constantly becomes the centrepiece of ideological struggles and great power competition.

Russia, of course, has done it all before. The original ‘space race’ between the Soviet Union and the United States led to a plethora of breakthroughs. Since the end of the Cold War, while Moscow remained the world’s number two in space technology, it had, until recently, largely given up trying to compete with NASA.

But now, history is in some ways repeating itself. China has a series of ideological and political points to prove against America, in space and elsewhere. Scientific achievements are an illustration of the country’s rapid progress and development in an increasingly competitive climate. It’s also strategic, as the United States under Trump created the ‘space force’ and has moved towards the militarisation of space. It’s a new frontier, and Beijing intends to keep up.

This strategic aspect is what Moscow most buys into. The two sides have a growing number of common interests under ‘the enemy of my enemy is my friend’ mantra. Moscow and Beijing see an alliance as an opportunity to compete with the West, especially in sensitive fields such as technology, which Western countries are eager to lock them out of.

America’s bid to try to contain China’s space agency pre-dates the Trump administration. The Obama White House banned China from collaborating on the International Space Station, which pushed Beijing to start developing its own. By establishing new collaborative enterprises in space together, a new Moon base is Russia and China’s best chance to compete with the US and hold their own.

Of course, the cumulative impact of all this is a new space race, pitting the US on one side and Russia/China on the other. How will Washington react to the declaration by their perceived adversaries that they plan to build a physical base on the Moon? It’s unlikely they will not feel the need to respond.

NASA itself is already preparing to create an ‘orbital gateway’ around the Moon in conjunction with Elon Musk’s SpaceX. So it looks likely to become the subject of intense strategic competition between the three great powers – a race as to who can effectively ‘dominate’ it in strategic terms. It’s obvious that Moscow and Beijing are aiming as much to counter American initiatives as doing it for the scientific advantages and the sense of national pride.

Irrespective of the political consequences, the world can be assured that, like the previous space race in the 1960s, the ultimate end product will be new and revolutionary advances in man’s relationship with the cosmos. The first race was about the ‘mere’ prospect of reaching space itself in short-lived missions; this much loftier goal is about mankind establishing a long-lasting physical presence in space and, more worryingly, the militarisation of earth’s periphery.